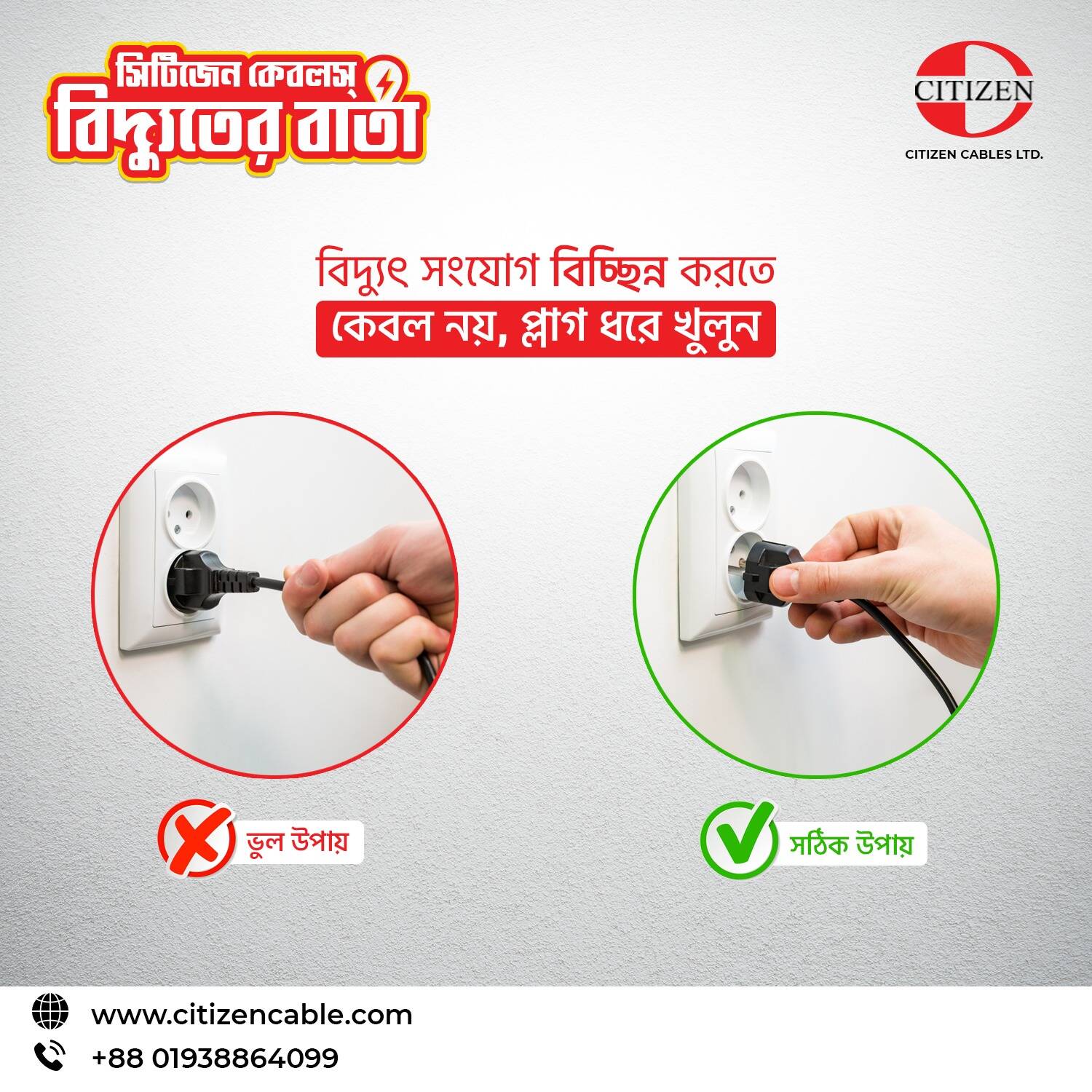 Pull the plug, not the wire while disconnecting 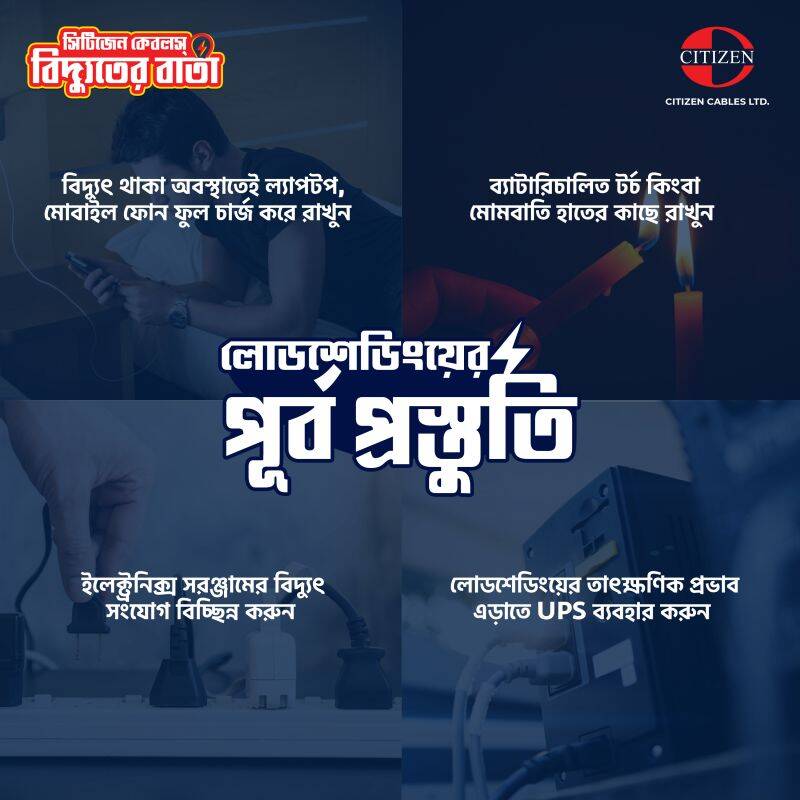 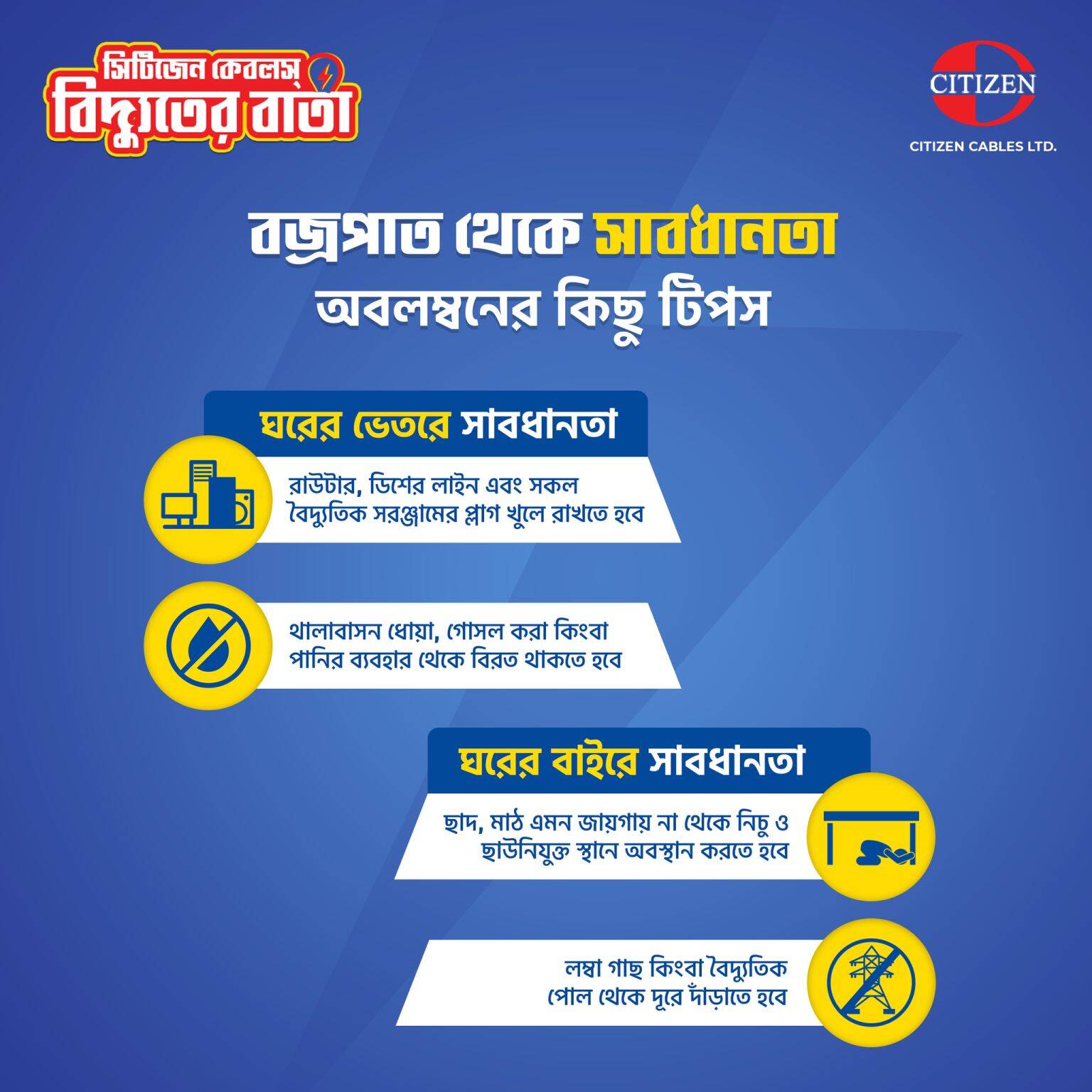 When Thunder Roars, Do this! 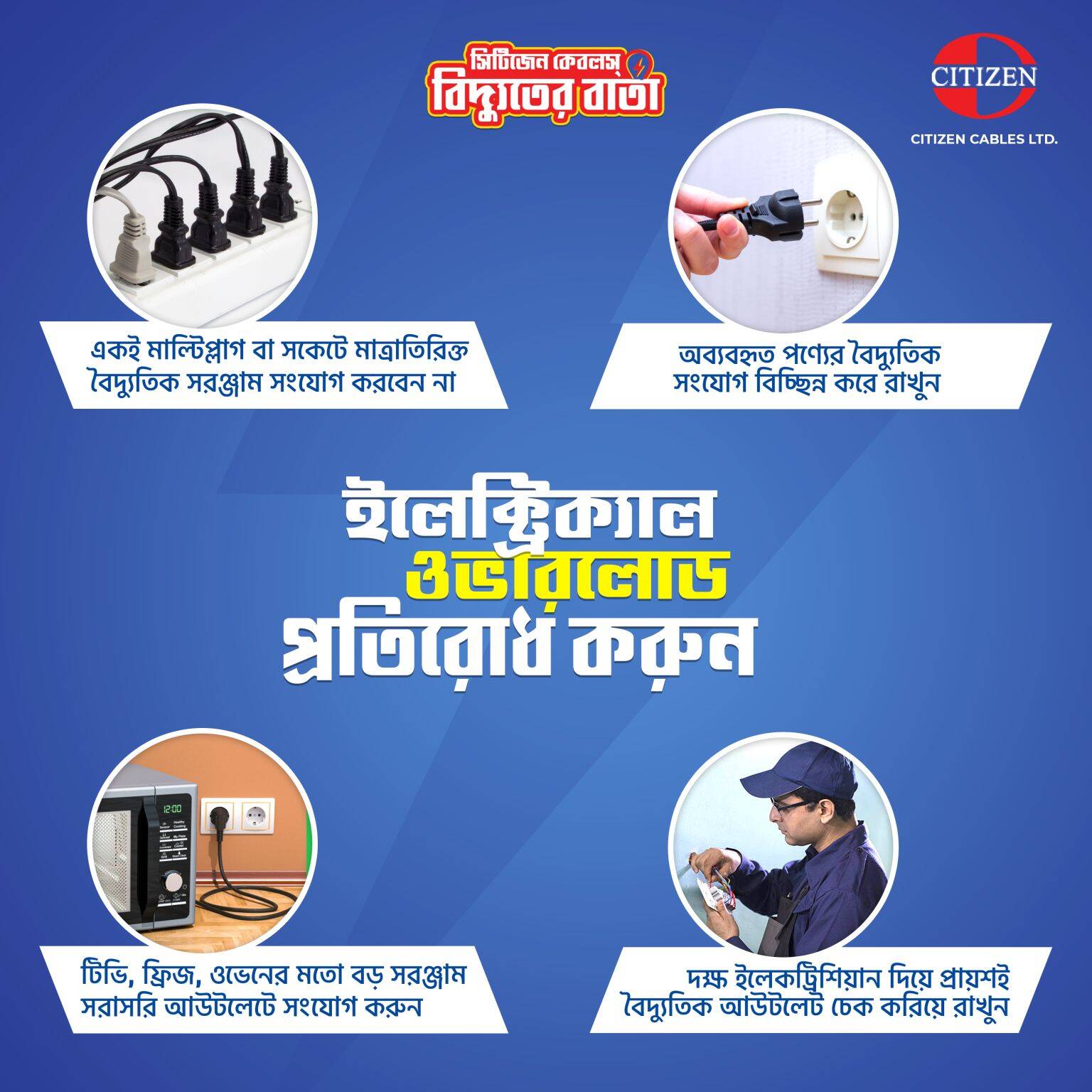 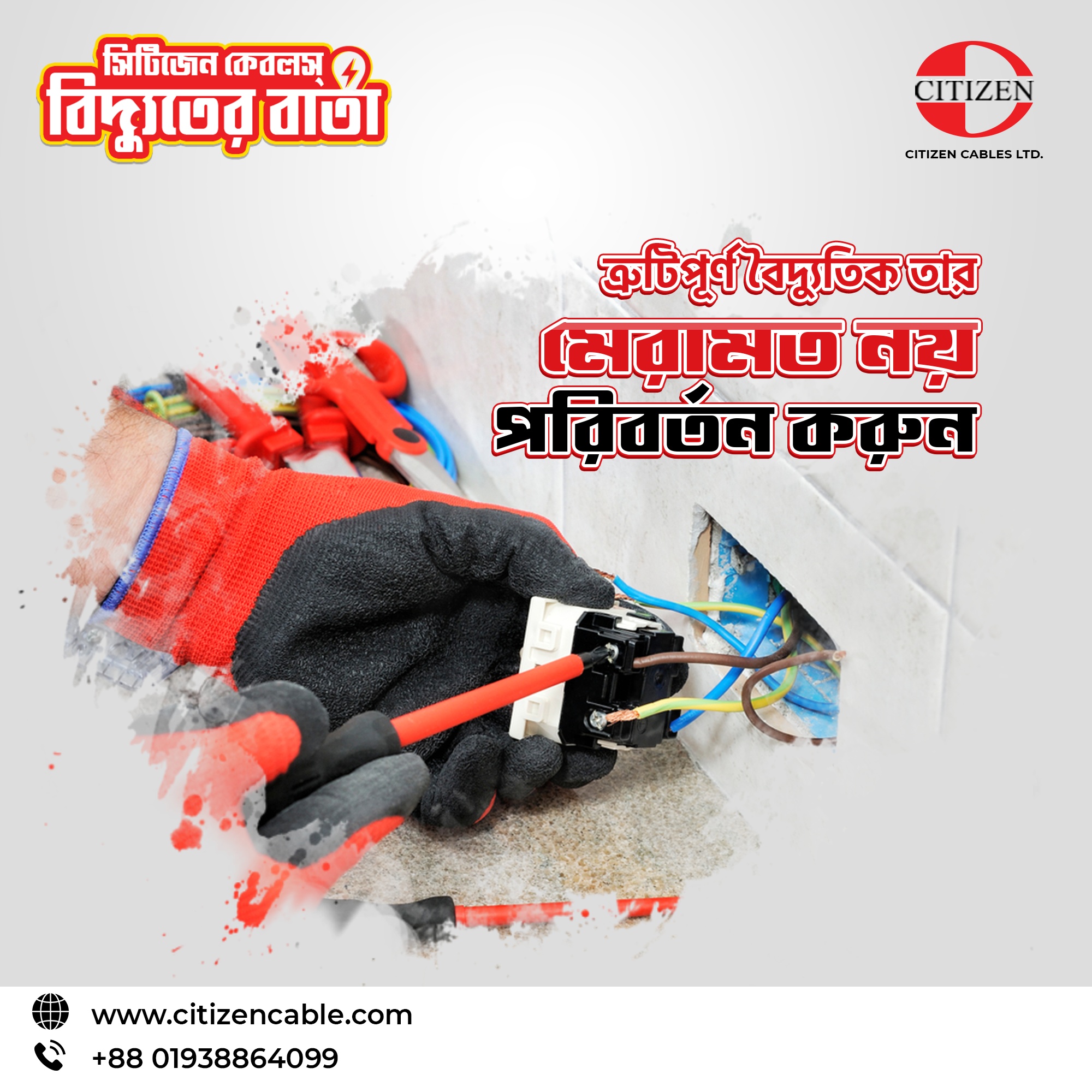 In Bangladesh, Citizen Cables Ltd. represents one of the top producers of electric cables. In 2016, a government survey revealed that 9,210 individuals died from electrocution, while roughly 2,70,622 more suffered injuries. We launched a campaign to promote public understanding to prevent potential accidents caused by electrical accidents. These posts were engaging and educative while establishing that Citizen Cables is a better alternative. The campaigns were received very well by the general audience as we received a plethora of comments and staggering organic reach. We used 5 creative assets for this campaign and cumulatively achieved 200,000+ Reach (72% of which were organic), 150+ shares, and 15,000+ engagements. The assets were all statics.

This professional campaign titled 'Bidyuter Barta - Electrical Safety Awareness' was published in Bangladesh in September, 2022. It was created for the brand: Citizen Cables Ltd., by ad agency: Wire- Digital Multimedia Marketing. This Content, Design, and Digital media campaign is related to the Electronics, Technology and Industrial, Agriculture industries and contains 5 media assets. It was submitted 4 months ago.

May our love for nature be pure!