A World with No Heroes 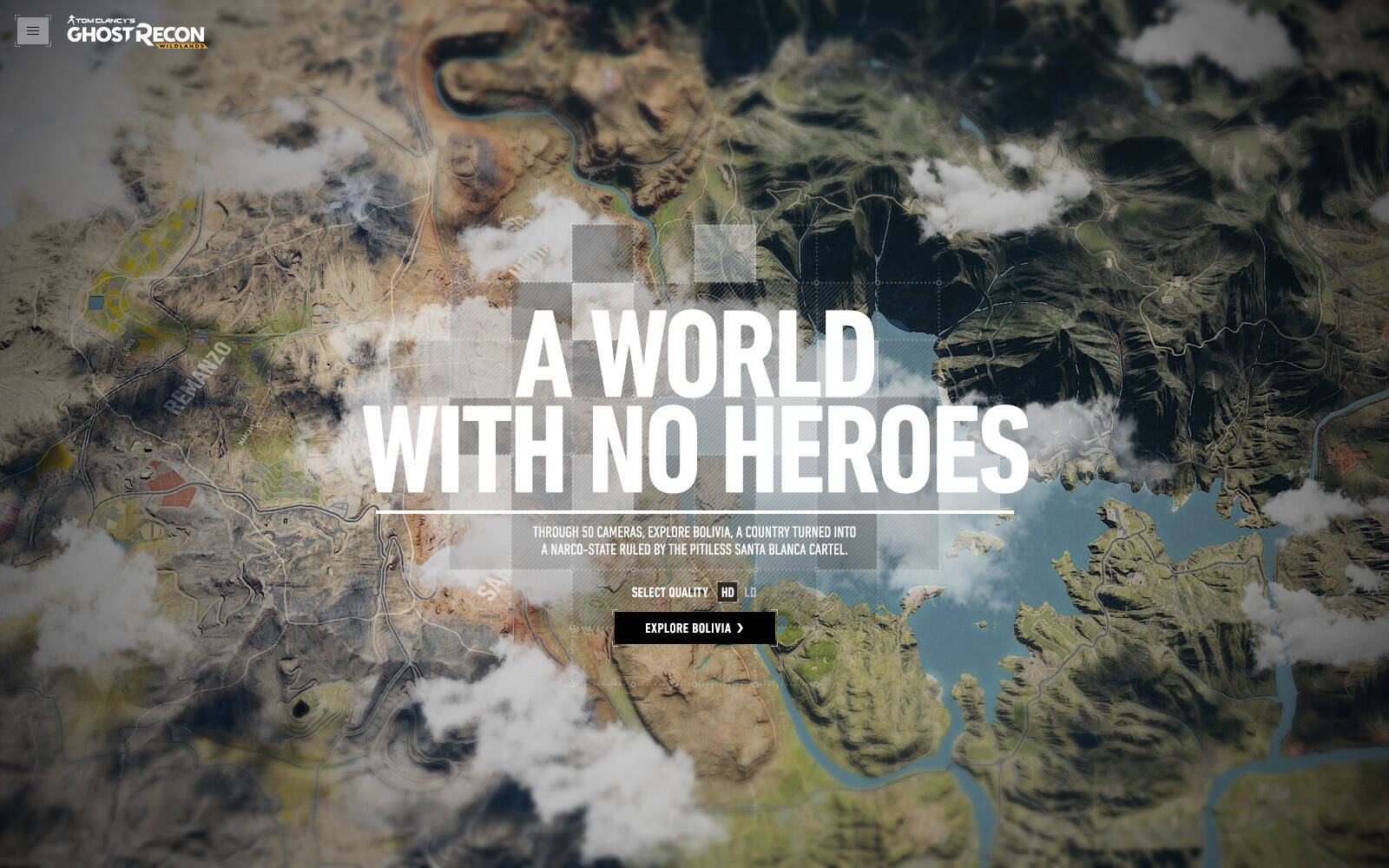 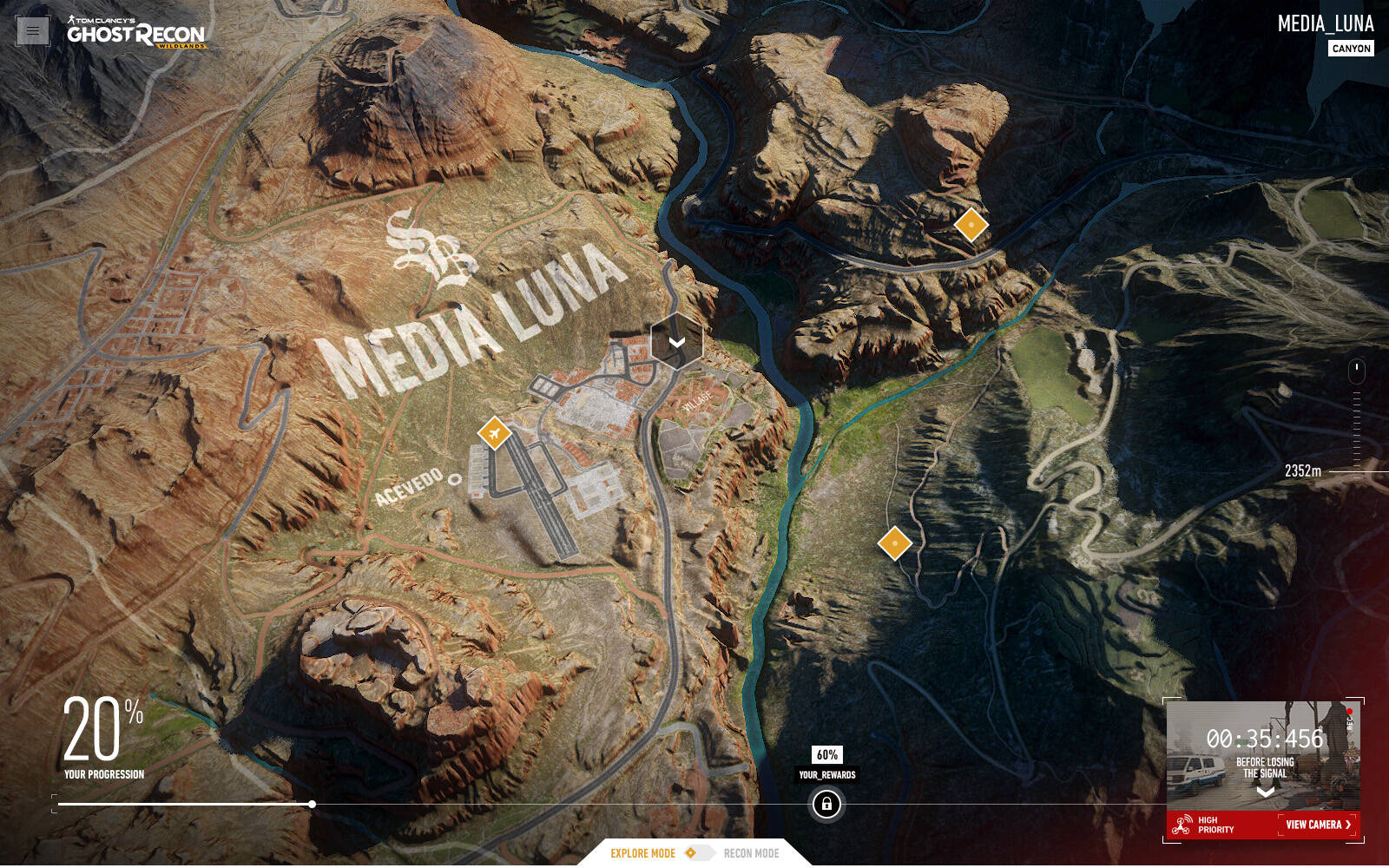 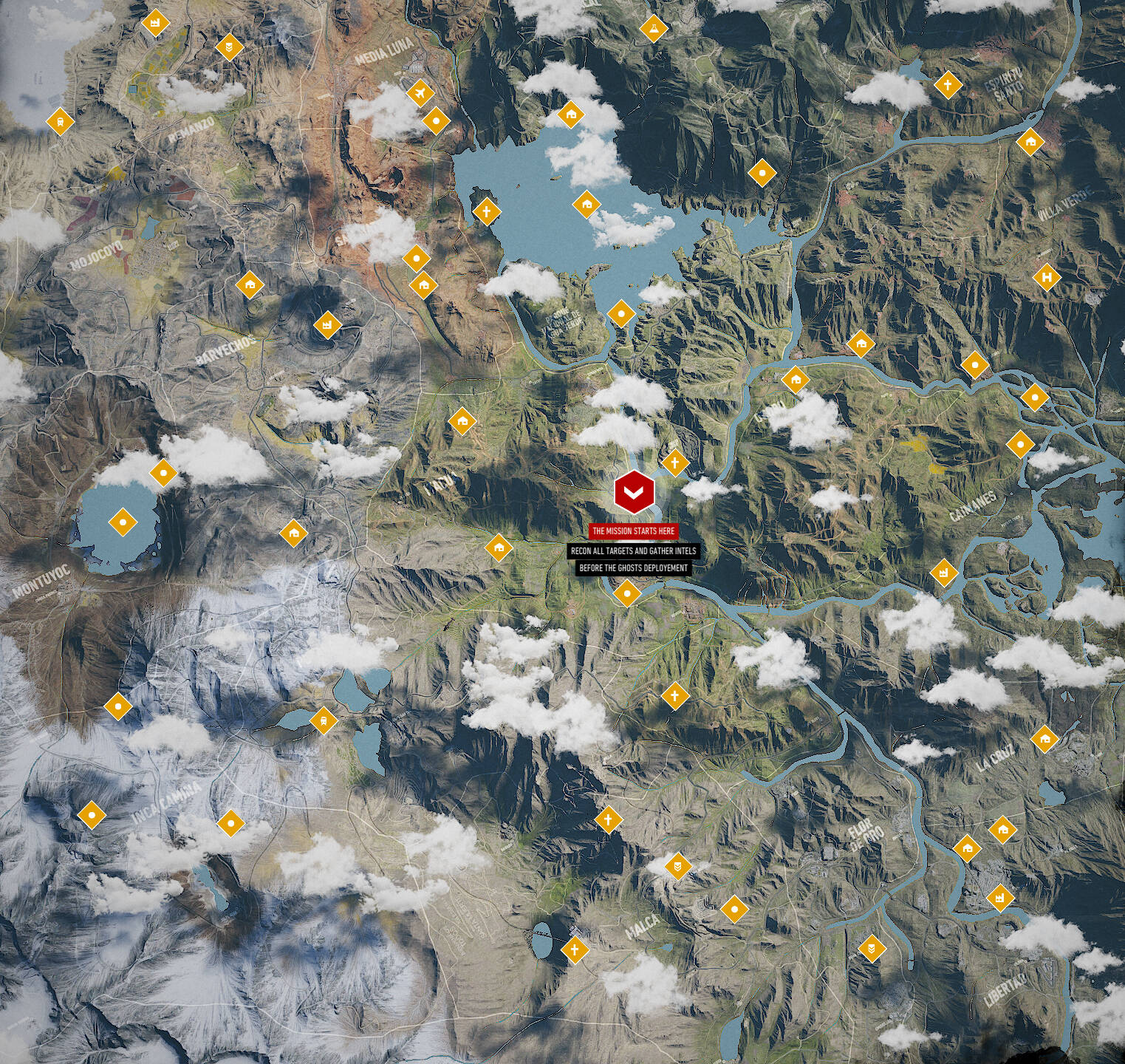 URL: https://noheroes.ghostrecon.com
WHAT IF A VIDEO GAME WAS A WORLD APART, LIVING ALL BY ITSELF BEFORE THE PLAYERS TURN ON THEIR CONSOLE?
A few weeks from the launch of the video game Tom Clancy’s Ghost Recon® Wildlands, DDB Paris decided to make that fantasy come true. Welcome to « A World With No Heroes ». Dive into the biggest action-adventure open-world ever realized by Ubisoft, before anyone else. From sumptuous landscapes to persecutions and guerrillas, discover a systemic and autonomous world, by day and night. EXPLORE, THROUGH 50 CAMERAS, BOLIVIA TURNED INTO A NARCO-STATE BY THE SANTA BLANCA CARTEL. 50 surveillance cameras, dispatched all through the Tom Clancy’s Ghost Recon® Wildlands map, will stream videos from the game, revealing in advance and in real-time 3D the stunning beauty of Bolivia. This unique digital experience allows the user to discover the Bolivia pictured in the game, a country ruled by the Santa Blanca Cartel. « A World With No Heroes » offers a unique and immersive experience, putting the user at the heart of a stolen cocaine storyline. The experience emphasizes on data visualization, offering a second map revealing data about cocaine traffic, money earned by the cartel, and the cost of human life. Through several cameras, the user is able to gather intel on the 3 main factions of the game: the Santa Blanca Cartel, the rebels from Katari 26, and the Unidad, a corrupt military force. To produce the website, DDB turned to Make Me Pulse, a Parisian digital production studio. Created in 2008 and the recipient of numerous awards, Make Me Pulse is a reference regarding digital experience. Tom Clancy’s Ghost Recon® Wildlands takes the gamer in a fictive Bolivia, corrupted by a drug cartel leader: El Sueño. Alone or working together, the player has several missions rife with drug traffic and the Santa Blanca Cartel to complete.

This professional campaign titled 'A World with No Heroes' was published in France in February, 2017. It was created for the brand: Ghost Recon, by ad agency: DDB. This Digital medium campaign is related to the Gaming industry and contains 4 media assets. It was submitted almost 6 years ago.