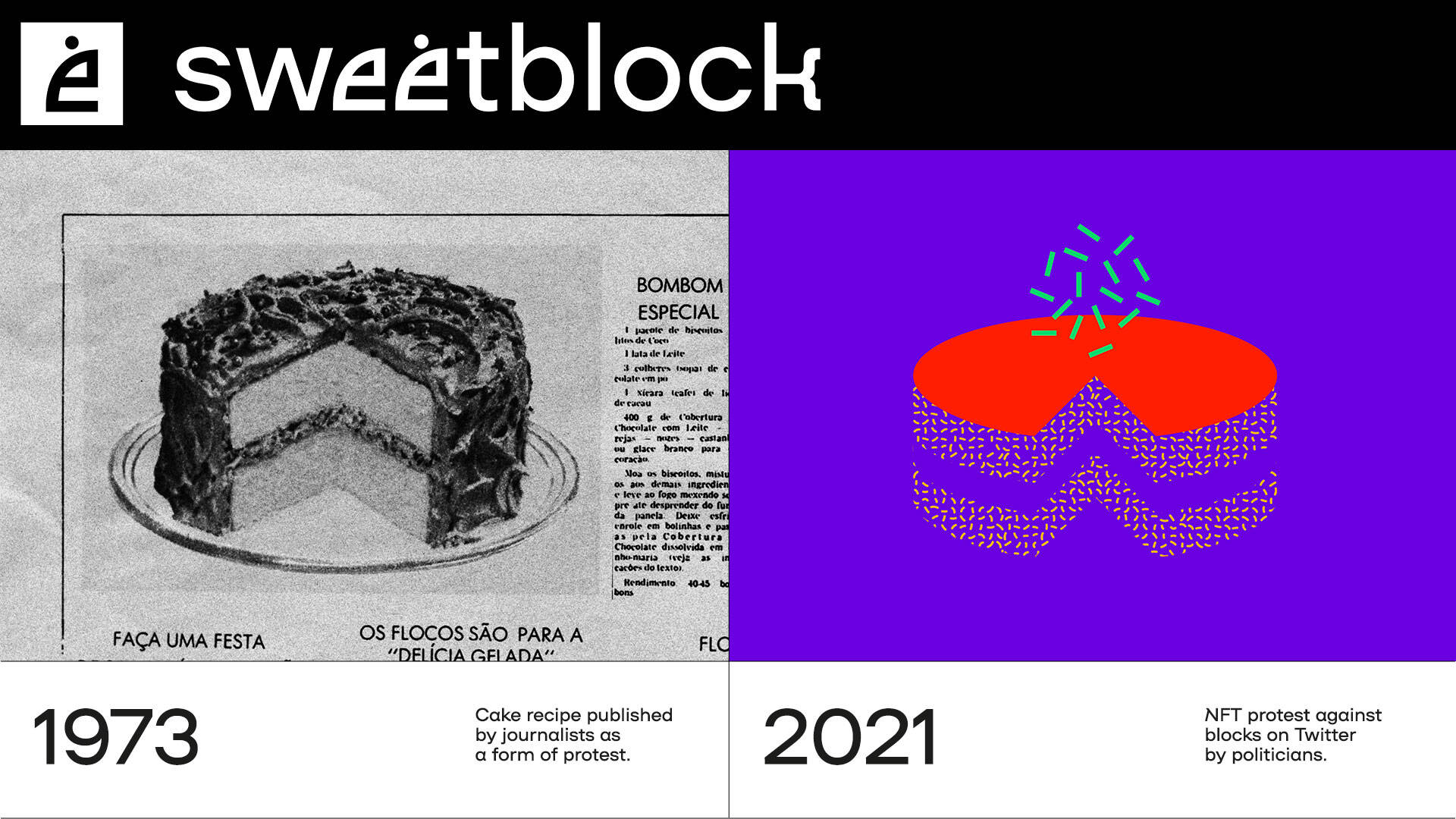 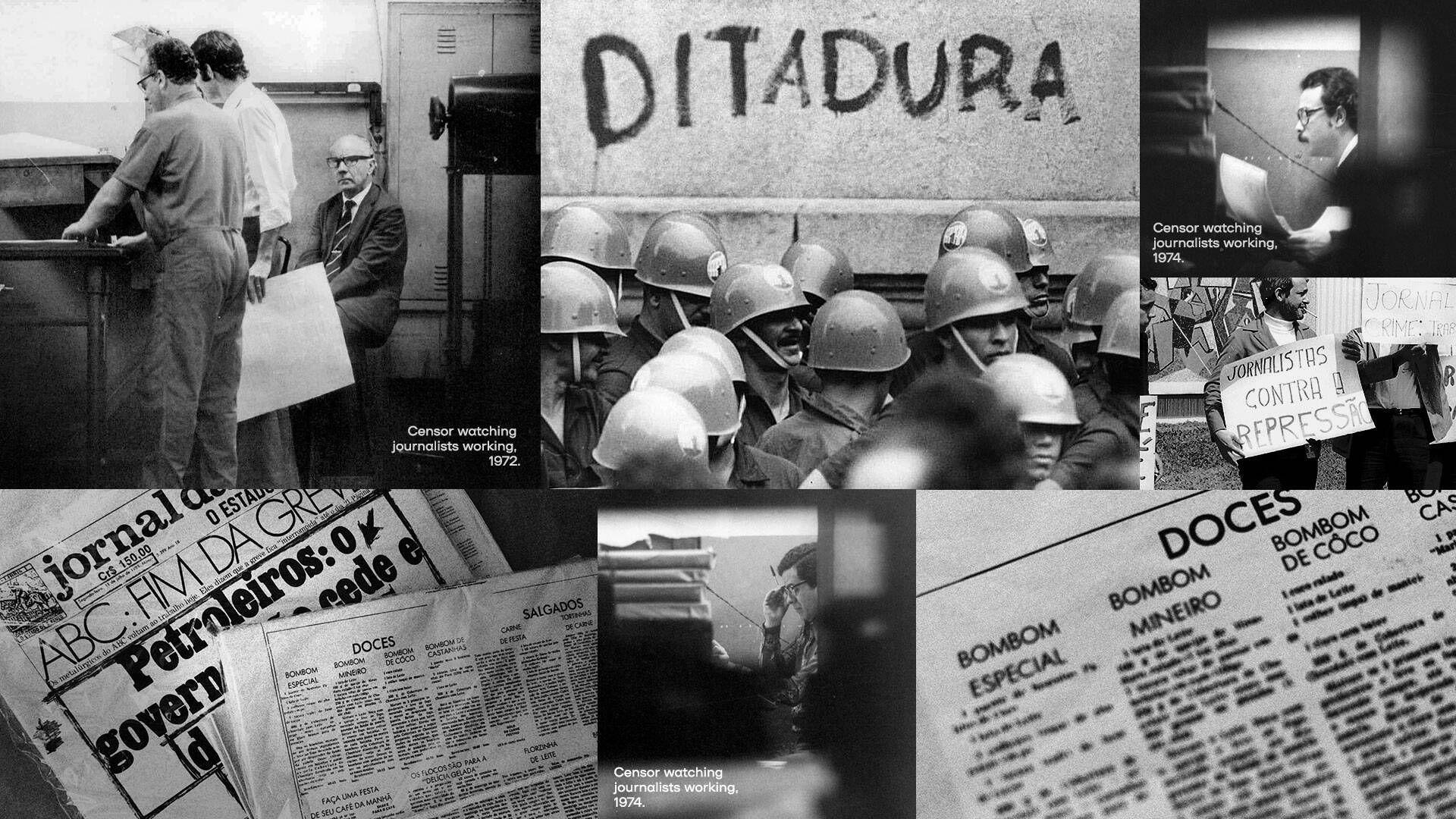 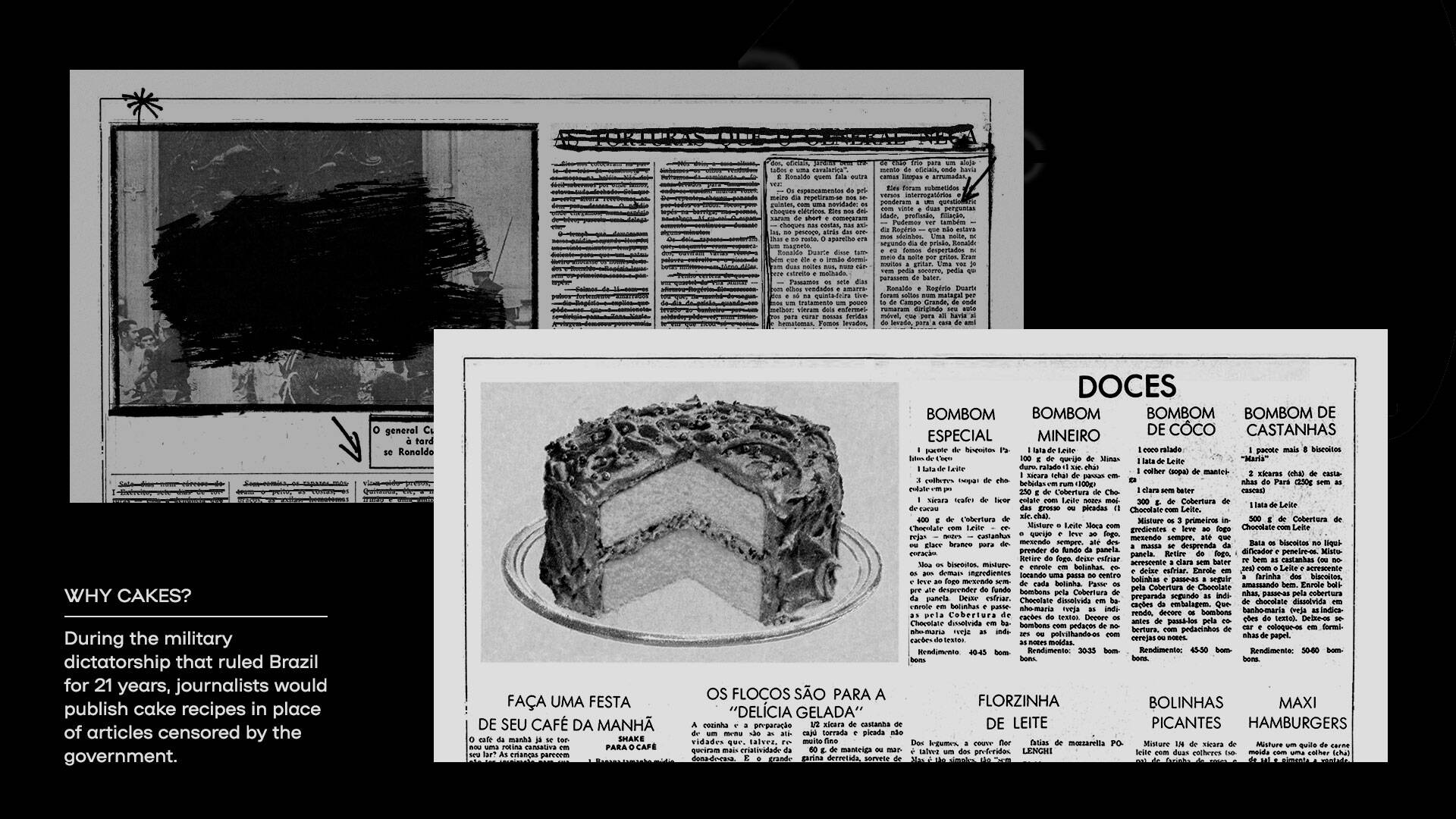 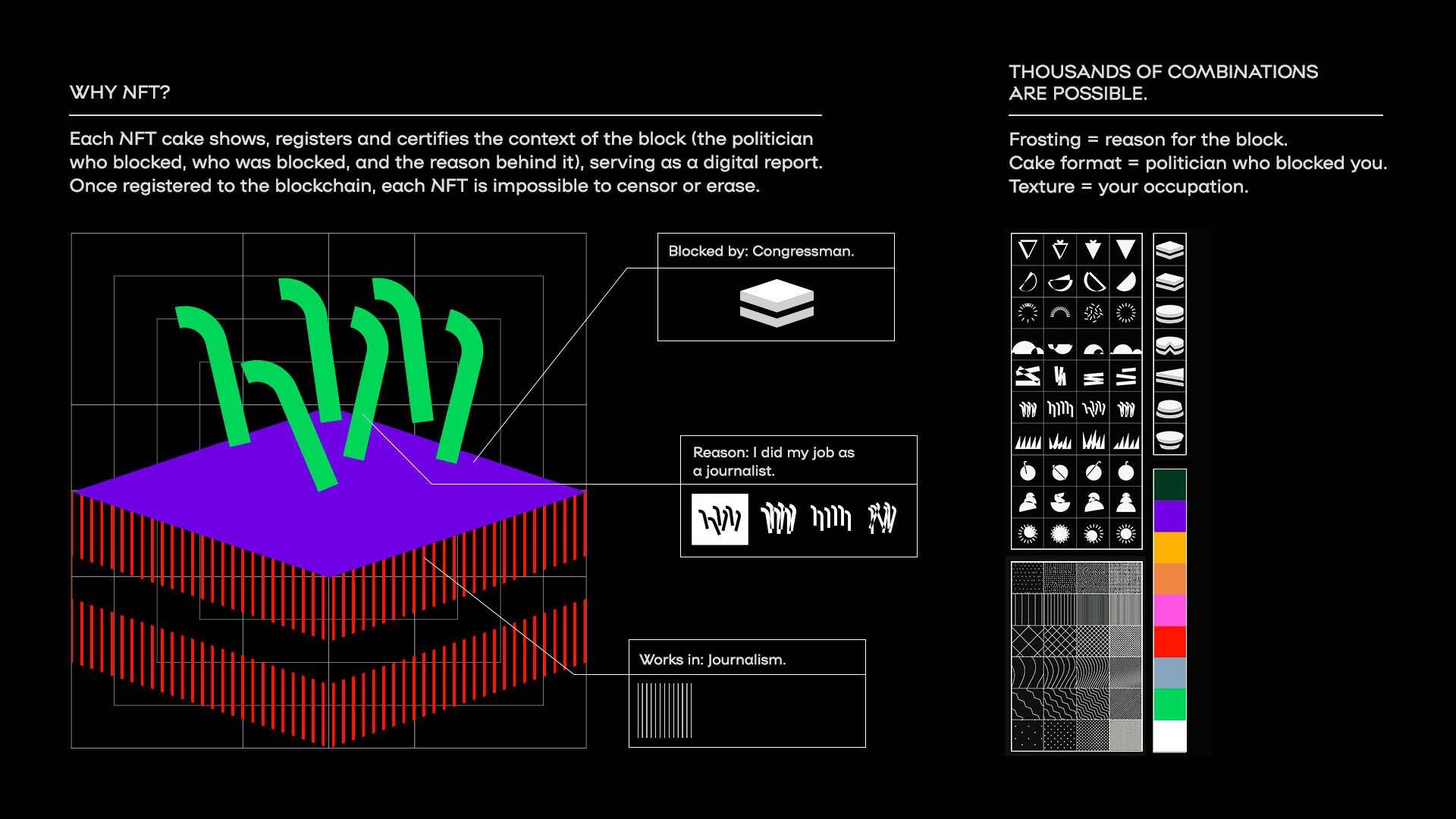 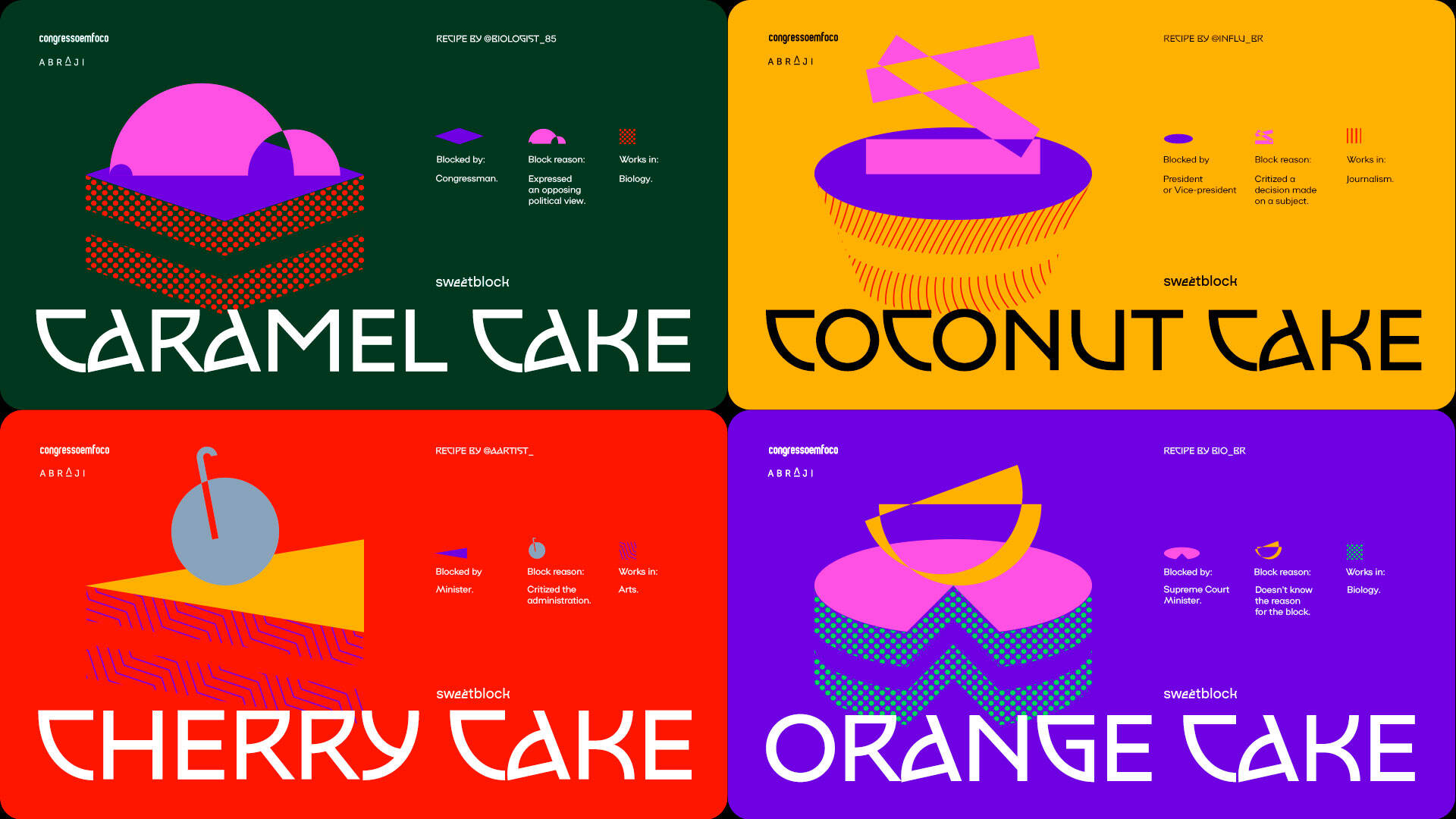 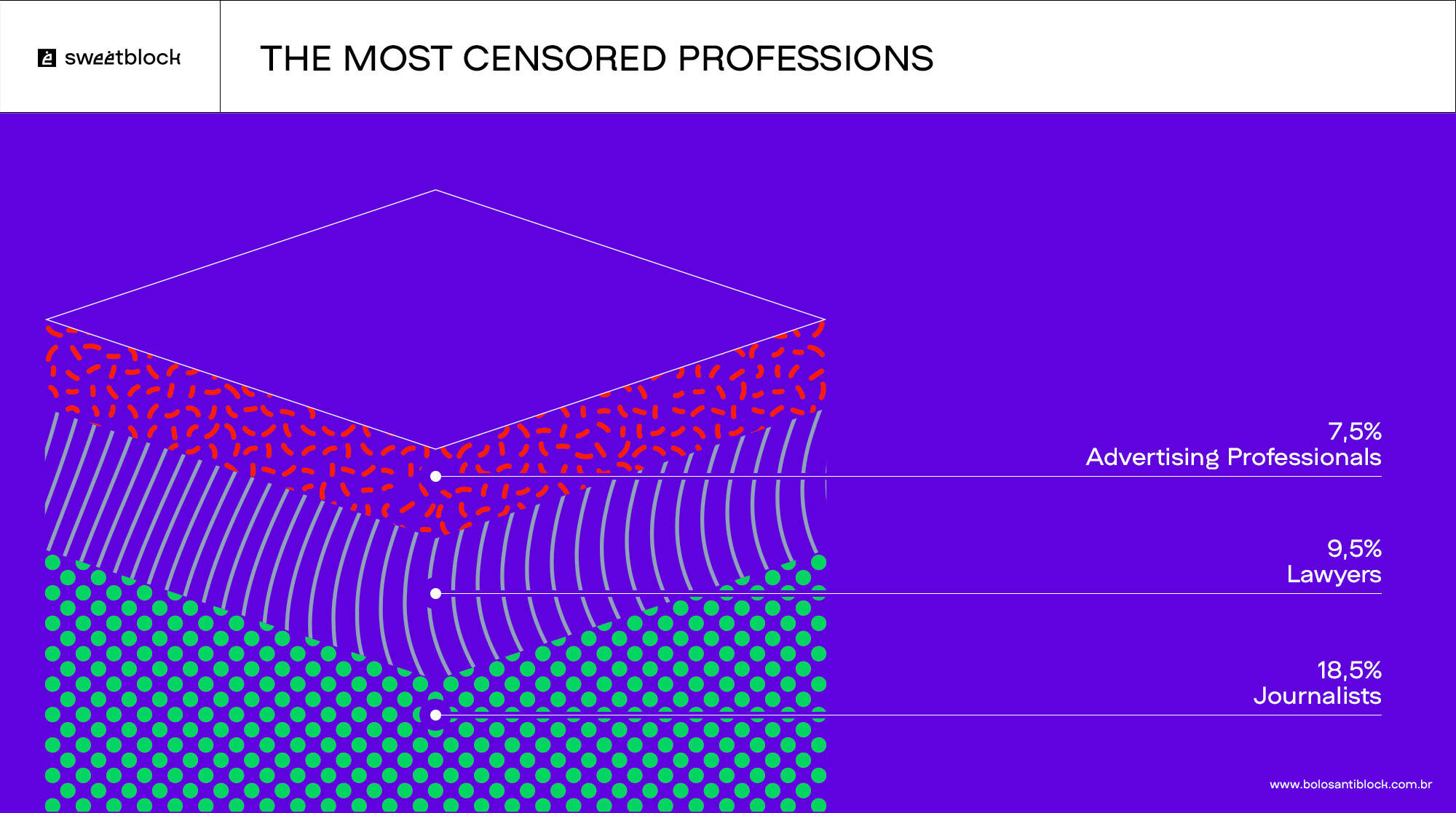 Thanks to the Brazilian Association of Investigative Journalism (Abraji) and the website Congresso em Foco, journalists, lawyers and members of the country’s scientific community now have their “cake” and can tweet it too.
Working with FCB Brasil and its creative data arm FCB/SIX, Abraji devised unique pieces of cake-inspired crypto-art that journalists and people from other professions including educators and scientists can use on their Twitter profile to indicate to followers that they have been blocked by the country’s government officials.
To obtain one of the cryptographic cakes, simply log-in to the dedicated website, which detects if their Twitter account has been blocked by at least one of the 600 people currently holding public office in the country—including the president and vice-president, as well as various secretaries and ministers of state.
For those who have been blocked, the system generates a unique cryptographic cake using non-fungible token technology, signifying that it is certified and unique. The shape and ingredients for the cryptographic cake also convey specific information: A square cake, for example, signifies that someone has been blocked by a congressman, while caramel frosting indicates that they were blocked for opposing political views, while the cake’s texture indicates their professional field (eg: biologist, journalist, etc.).
NFT’s help create a type of “digital police report” that is blockchain-certified and records not only the person who was blocked, but also the person who blocked them, and the reason for the block. Once registered to the blockchain, each NFT is impossible to censor or erase.
The “SweetBlock” campaign was inspired by the cake recipes that the country’s newspapers would publish to protest articles that had been censored by the country’s repressive military dictatorship between 1964 and 1985.
https://bolosantiblock.com.br

This professional campaign titled 'SweetBlock' was published in Brazil in May, 2021. It was created for the brands: Abraji and Congresso em Foco, by ad agency: FCB. This Integrated medium campaign is related to the Public Interest, NGO industry and contains 10 media assets. It was submitted about 1 year ago.