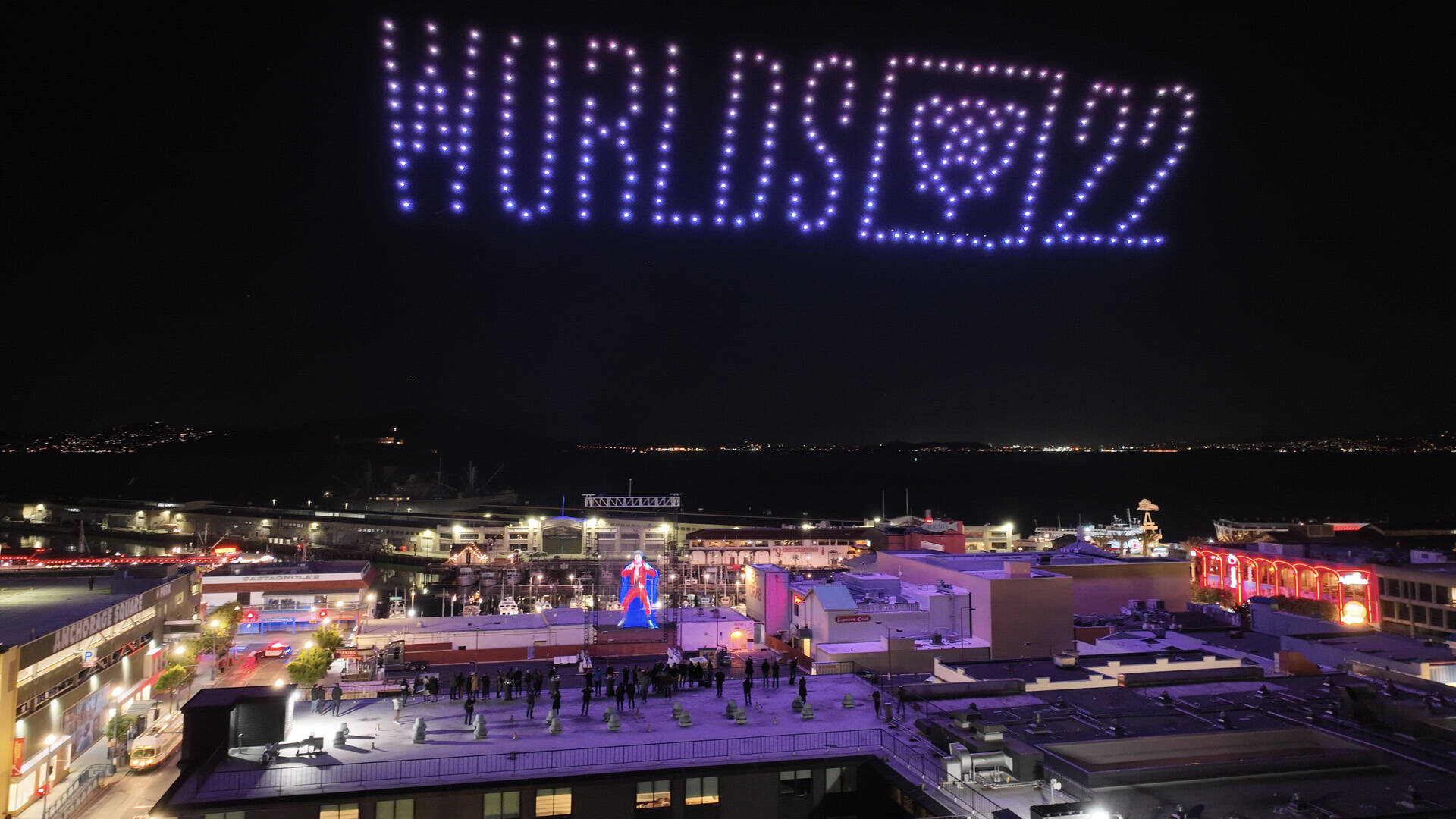 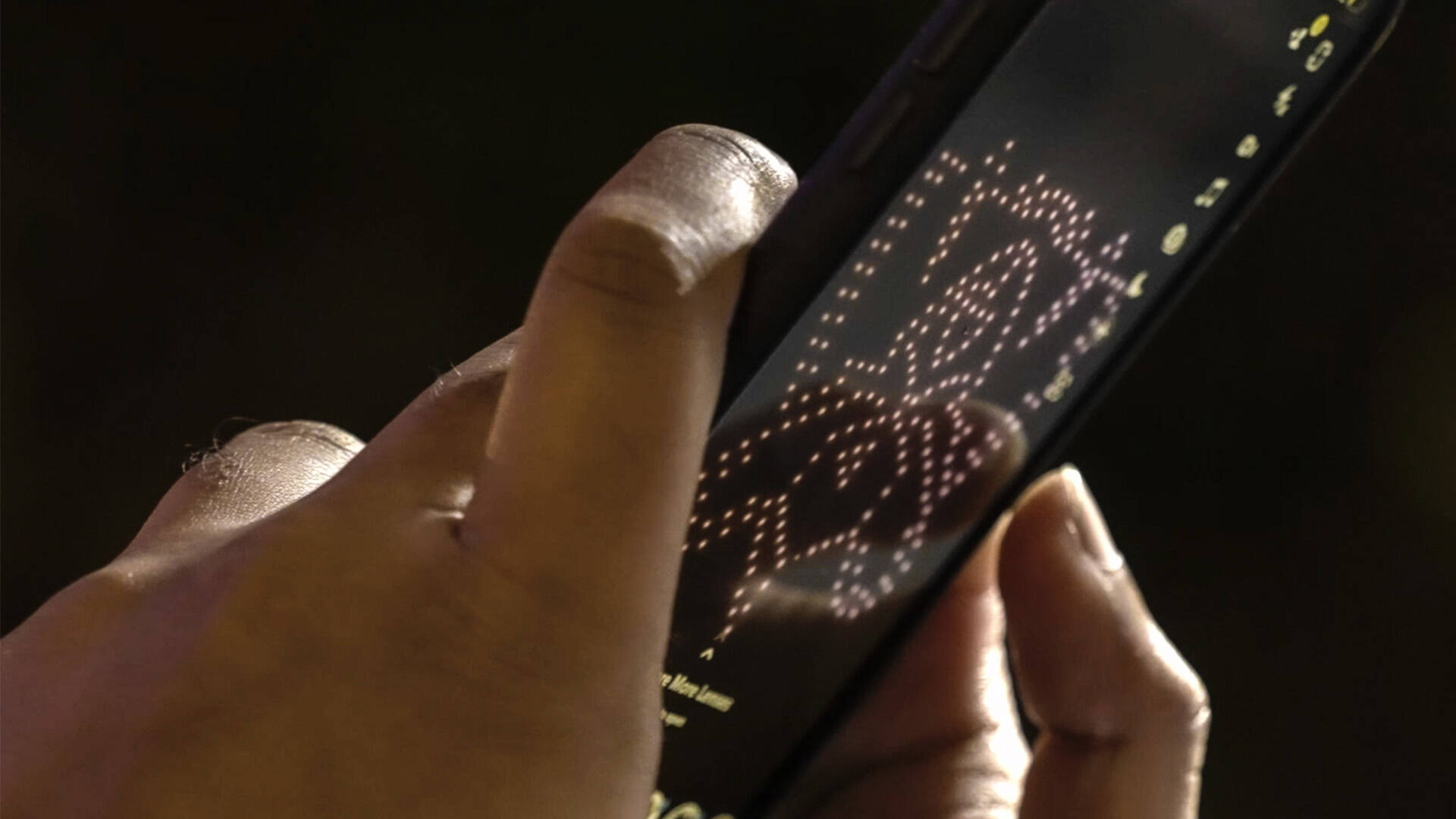 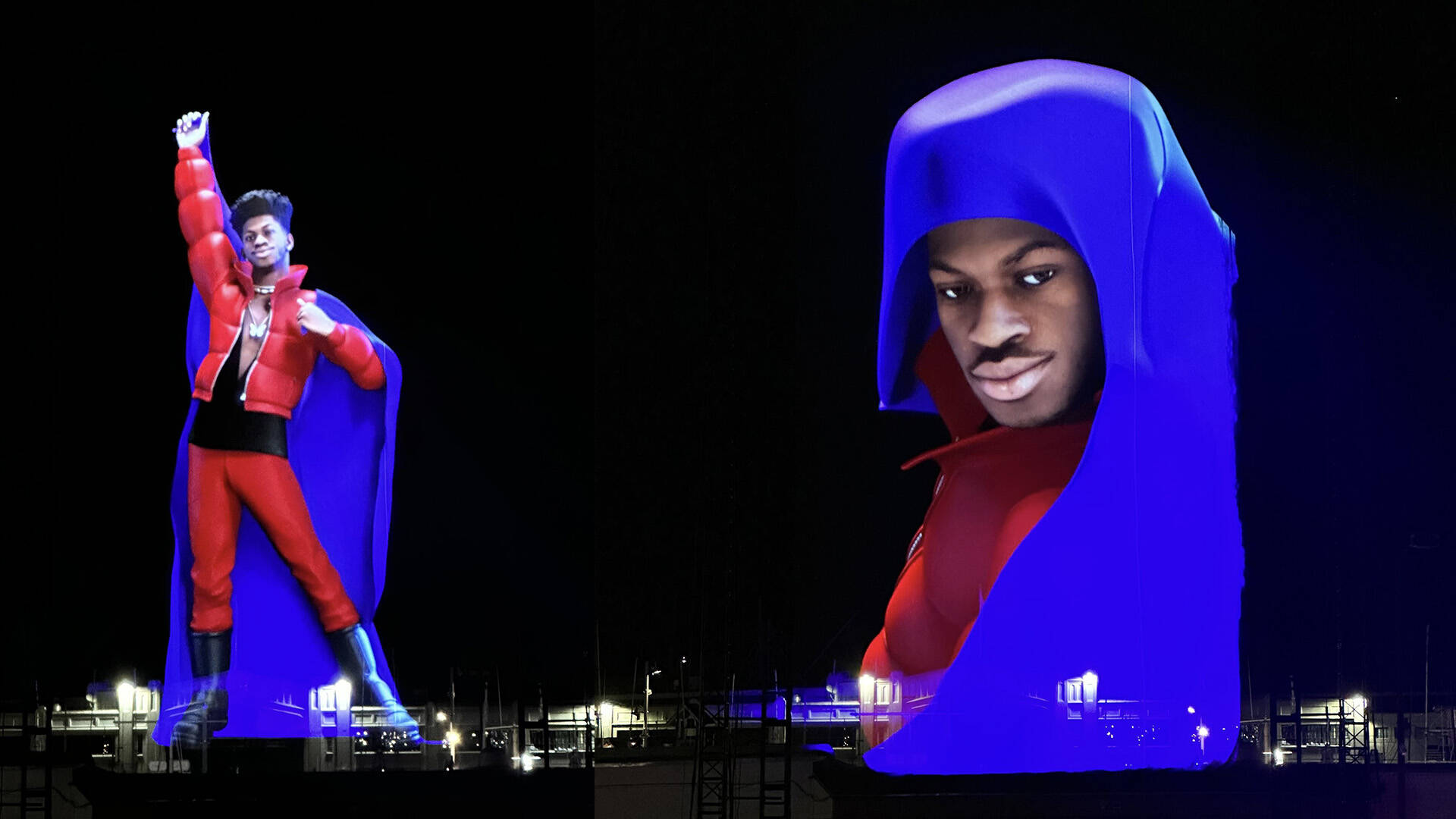 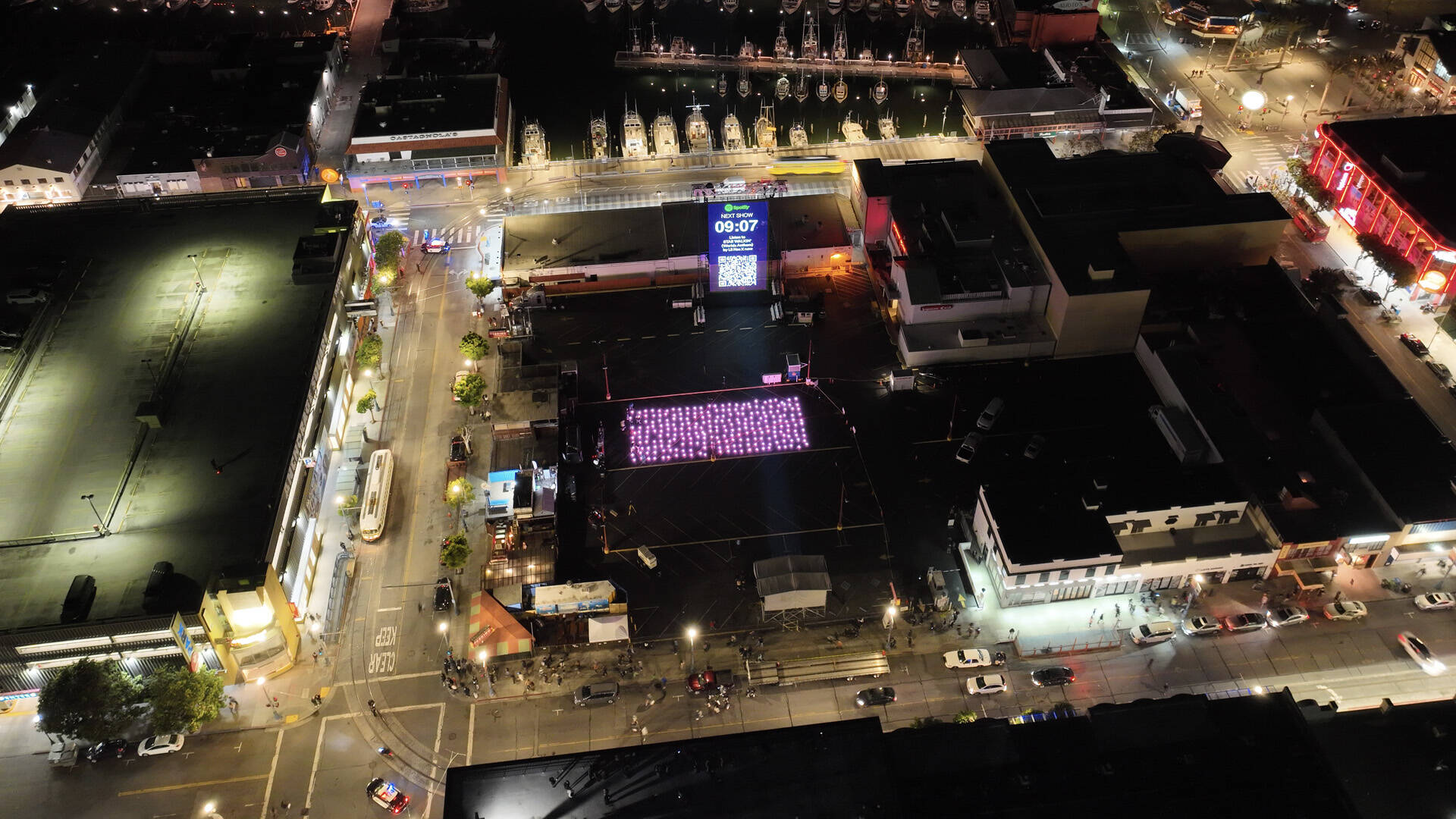 The largest tournament in the League of Legends calendar, LoL Worlds 2022, just wrapped, and National Experiential brought on Groove Jones to help kick off the event at a media event held in the historic Fisherman’s Wharf in San Francisco.

Lil Nas X Hologram
The world’s top League of Legends players gathered in San Francisco to compete for the title of the best player. The Groove Jones team designed and animated a CGI version of Lil Nas X projected on a 60-foot tall scrim, creating a massive holographic effect for the media and fans that gathered below.

The animation featured Lil Nas X, who initially appears cloaked in the LoL Worlds Flag and then reveals himself as he peers out from underneath the flag before he begins to dance high above the buildings near the Fisherman’s Wharf.

At the end of the animation, a graphic card displayed a QR Code linked to the Spotify track Star Walkin’ (Worlds Anthem) by Lil Nas X.

Ahead of the 2022 League World Championship, Riot Games announced Lil Nas X as its new League of Legends President. According to Riot Games, the beloved artist will be “responsible for creating explosive musical moments, an ingenious League champion skin, and a spectacular live Worlds performance.”

This professional campaign titled '60-Foot Tall Lil Nas X Hologram Projection for League of Legends Worlds Championship' was published in United States in November, 2022. It was created for the brands: League of Legends, Riot Games, and Spotify, . This Content, Digital, and Experiential media campaign is related to the Music, Recreation, Leisure, and Sports industries and contains 6 media assets. It was submitted 3 months ago by Partner: Dan Ferguson of Groove Jones.