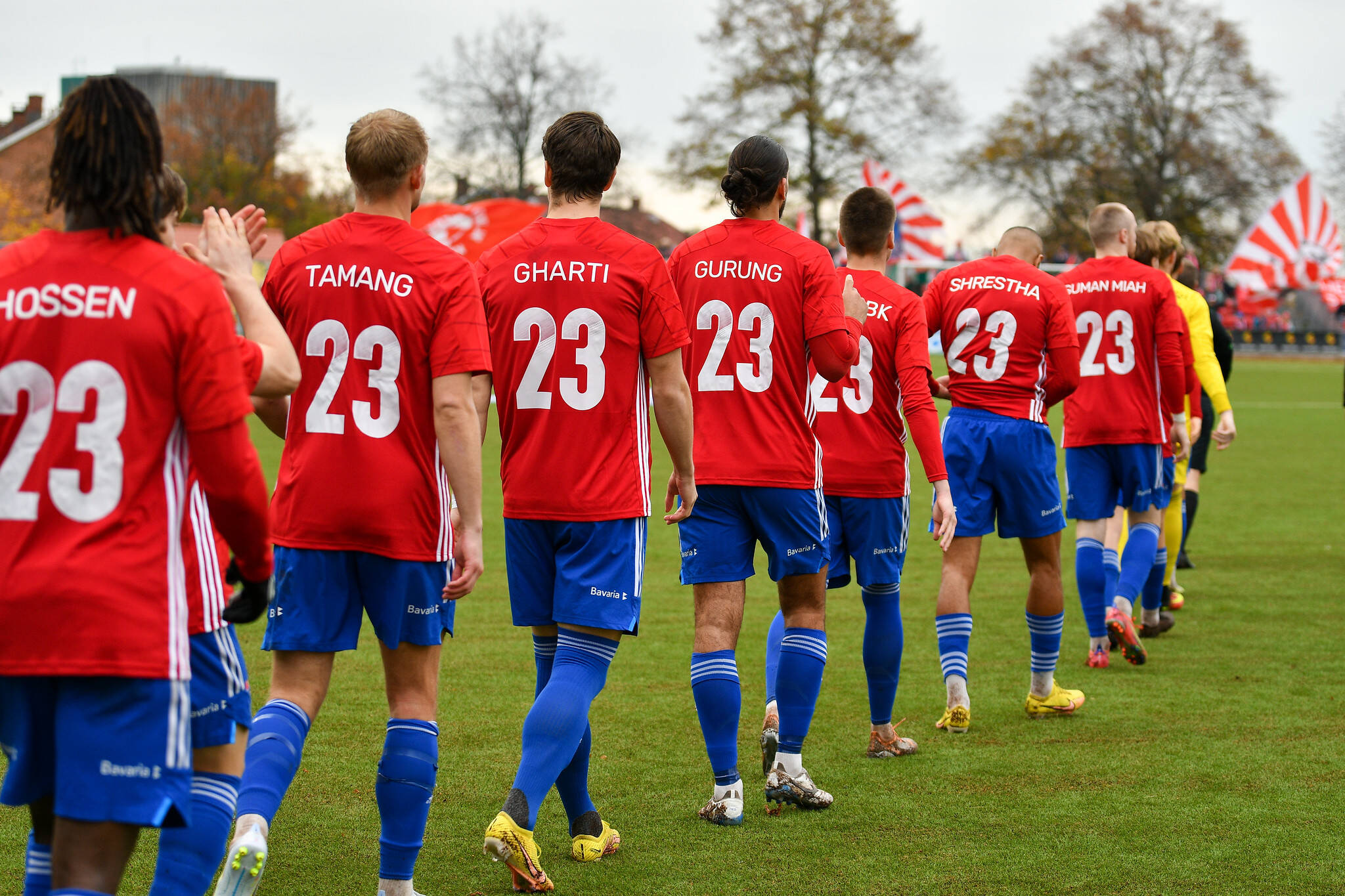 All players had the names of 11 migrant works on their kits. 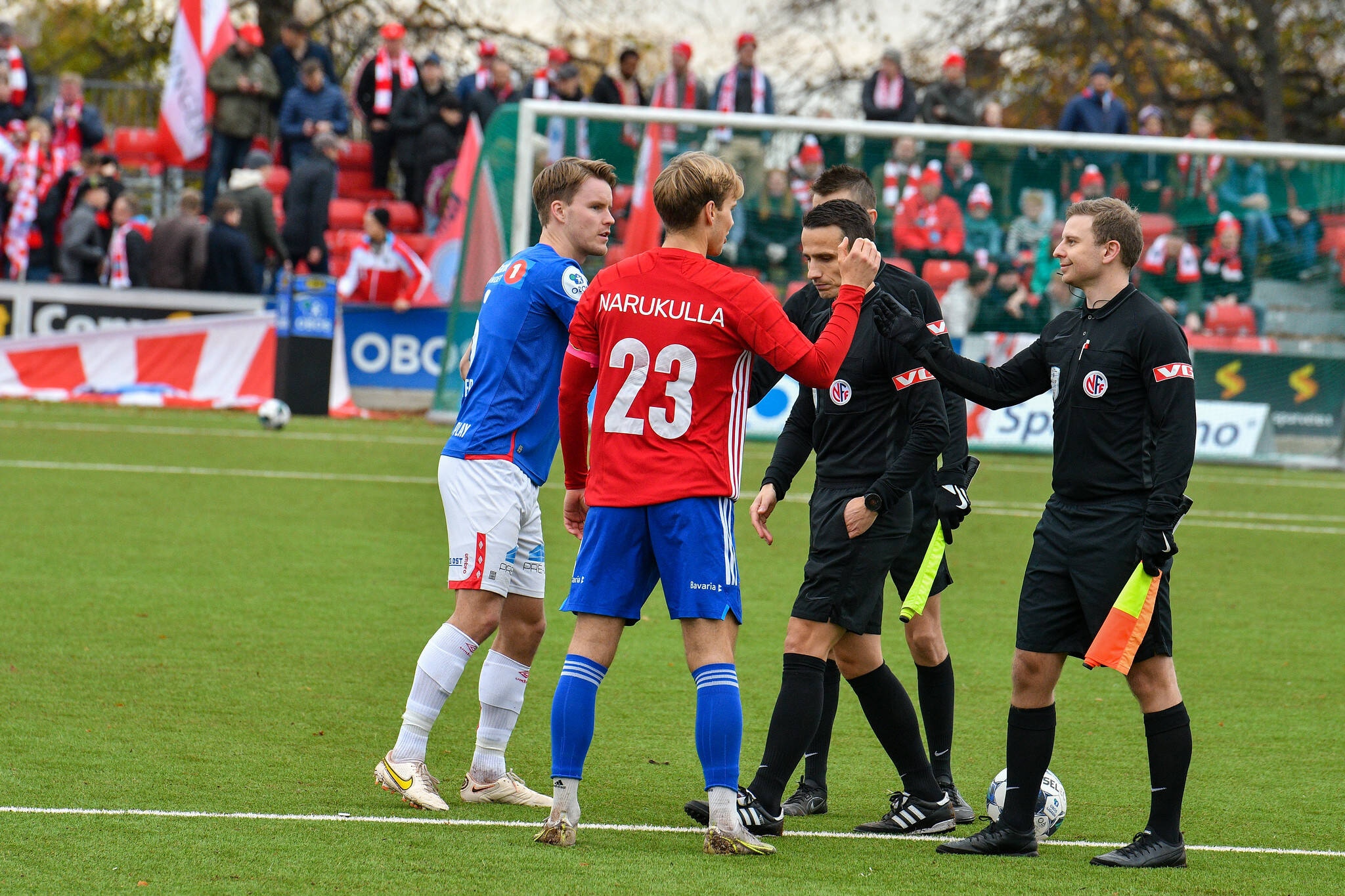 In addition to the name of a migrant worker, each player also wore the number 23 on their back. 23 is the article on workers’ rights in the UN’s Declaration of Human Rights. 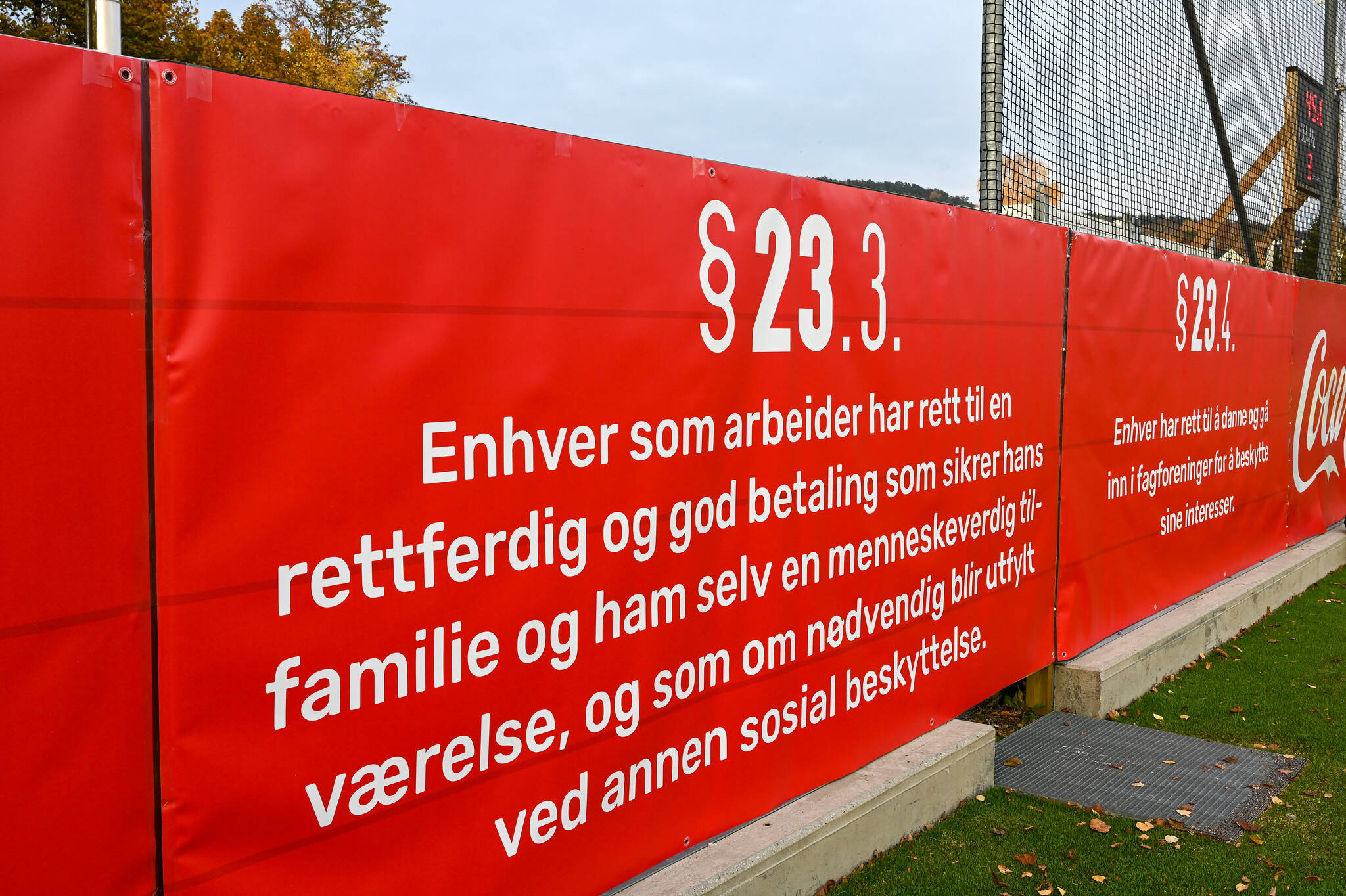 Advertising around the stadium was replaced with the article on workers’ rights in the UN’s Declaration of Human Rights. 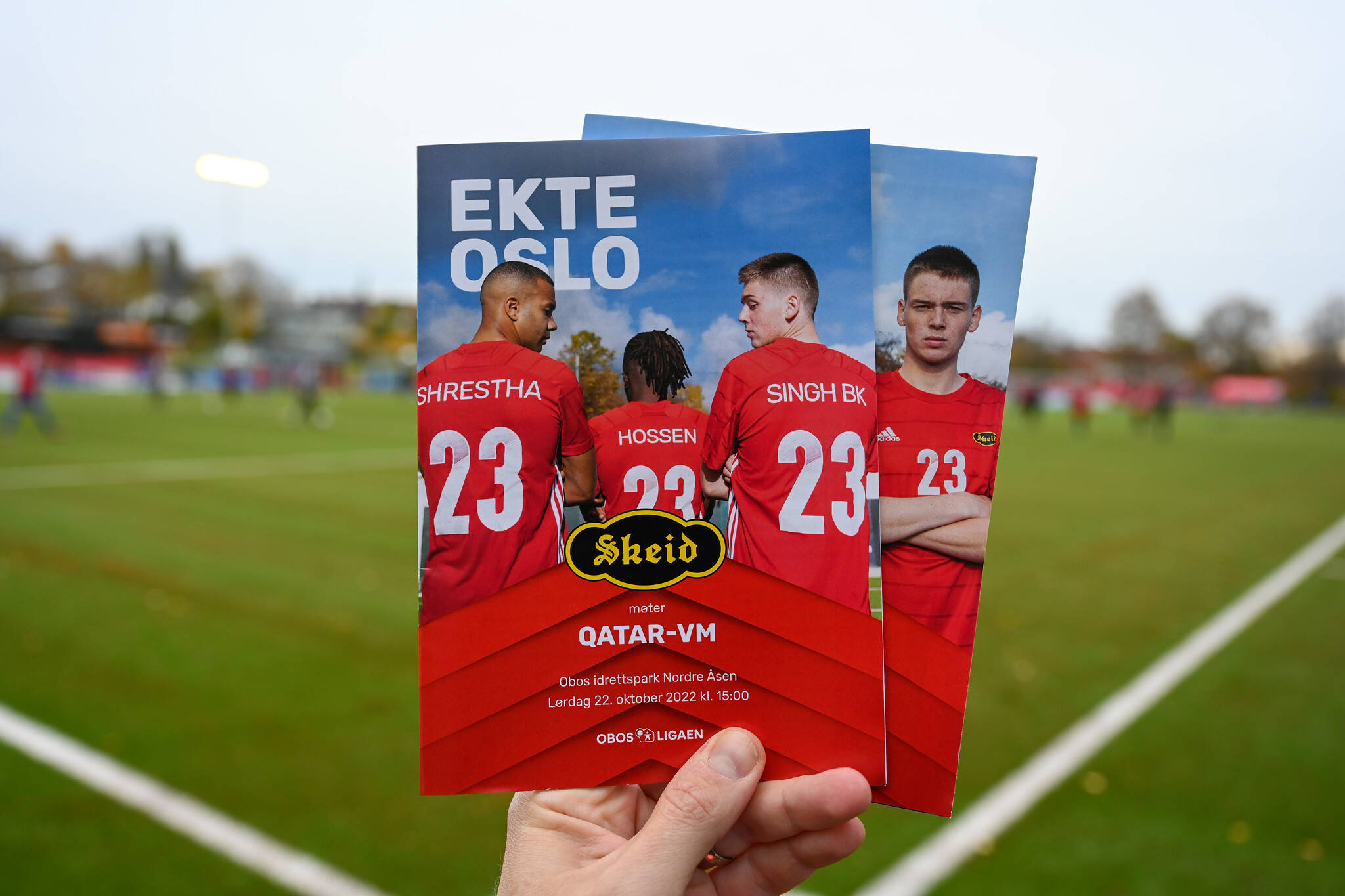 The official program had all the stories of the migrant workers.

Ever since Qatar was awarded the World Cup in football in 2010 and until today, thousand of migrant workers have been exposed to gross human rights violation. Oslo based football club Skeid wanted to make a statement in their last home game of the season by entering the pitch with the names of 11 migrant works on their kits. 11 workers who never made it home.

When the debate began in Norway whether the national team should compete in the World Cup if qualified, Skeid took an early stand in support of boycotting the finals. The decision was broadly supported among the club members of Skeid, where a clear majority wanted a boycott and distance itself from the event. Now, a few weeks before the World Cup begins, Skeid wants to shed light on some of the individual fates behind the much-discussed championship.

In addition to the name of a migrant worker, each player also wore the number 23 on their back. 23 is the article on workers’ rights in the UN’s Declaration of Human Rights.

- Today we wanted to highlight the many workers who have made the World Cup in Qatar possible, but who will not receive any tribute from the public. Poor migrant workers who left their families in the pursuit of a better future, but unfortunately did not return home alive, says Skeid’s general manager Daniel Holmeide Strand.

Skeid hopes for attention to be drawn to the initiative and that I can help put extra spotlight on the upcoming World Cup. By selling the kits on an online auction and donating the proceeds, Skeid hopes to make their contribution to a greater cause.

- We are little mice in this match, however if enough people stand up, you shouldn’t ignore the fact that there will be changes. We can’t give up, concludes Skeid’s general manager and encourages everyone to support the initiative by participating in the kit auction on Skeid.no.

The idea behind the Qatar protest was developed by small independent creative agency Ring 2 Oslo, and has since received massive media attention in Norway and been spread widely in social media.

This professional campaign titled 'Skeid FC vs. Qatar' was published in Norway in October, 2022. It was created by ad agency: Ring 2 Oslo. This Ambient, Content, and Outdoor media campaign is related to the Media and Sports industries and contains 5 media assets. It was submitted 3 months ago.