We Are Made of Stardust 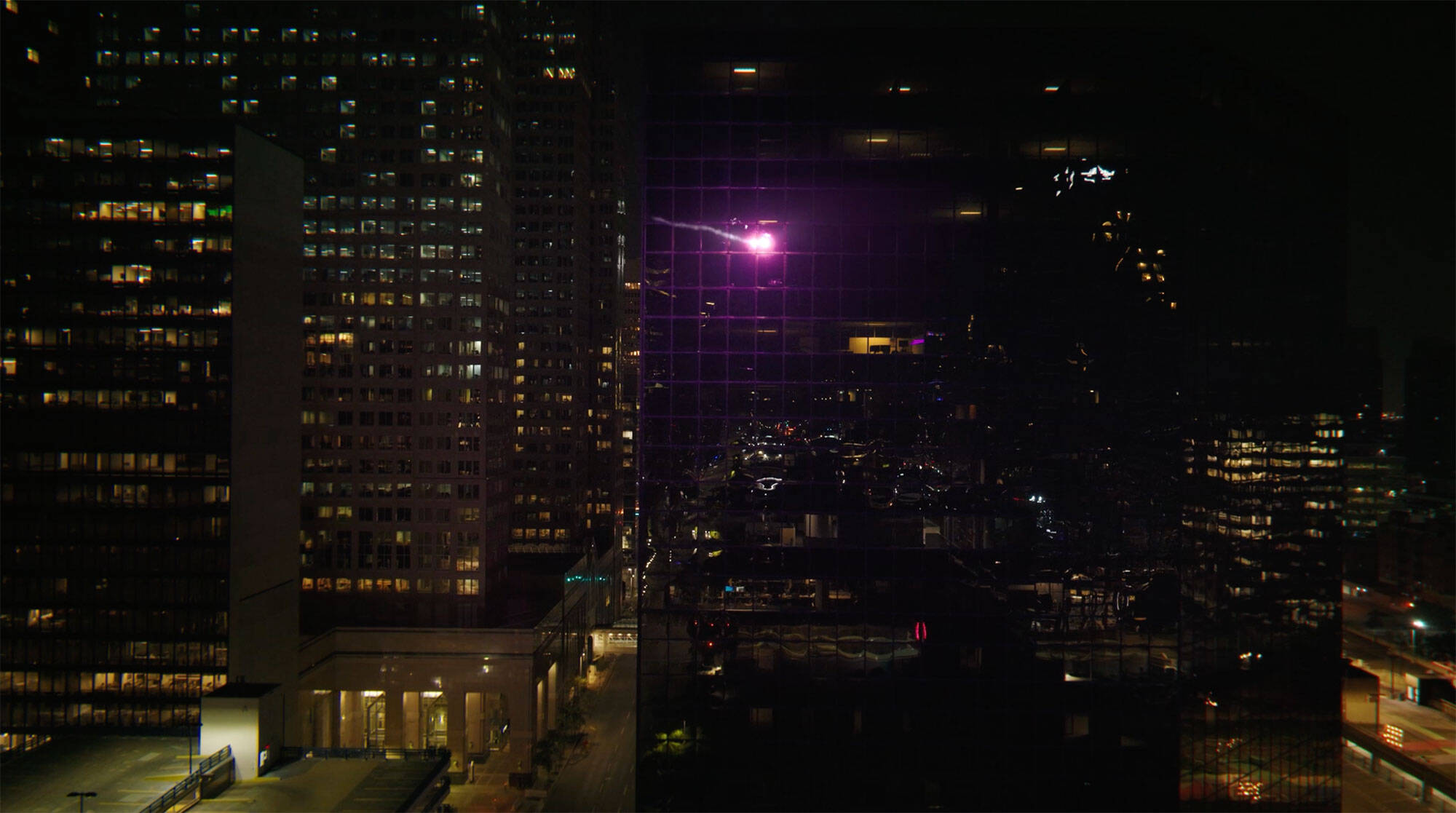 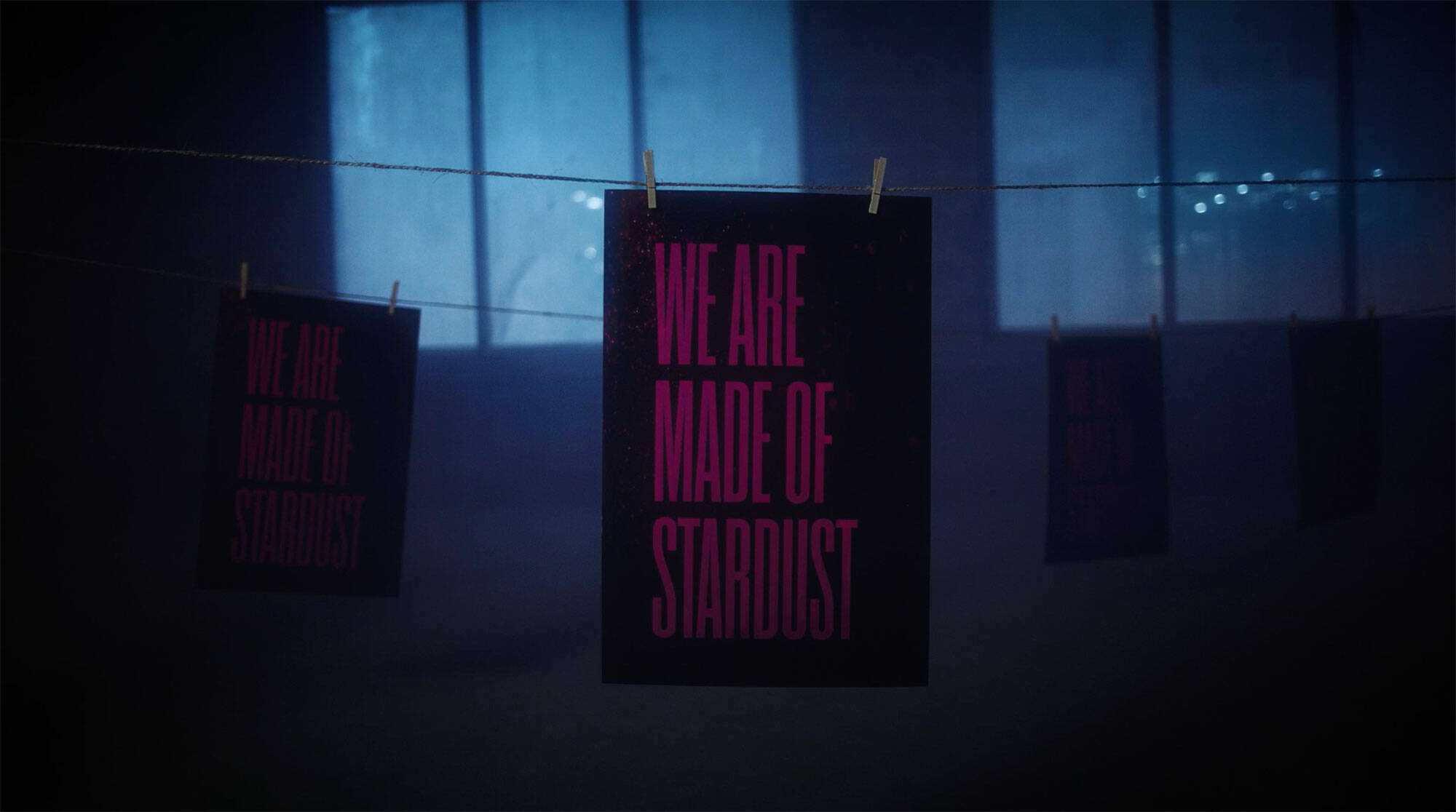 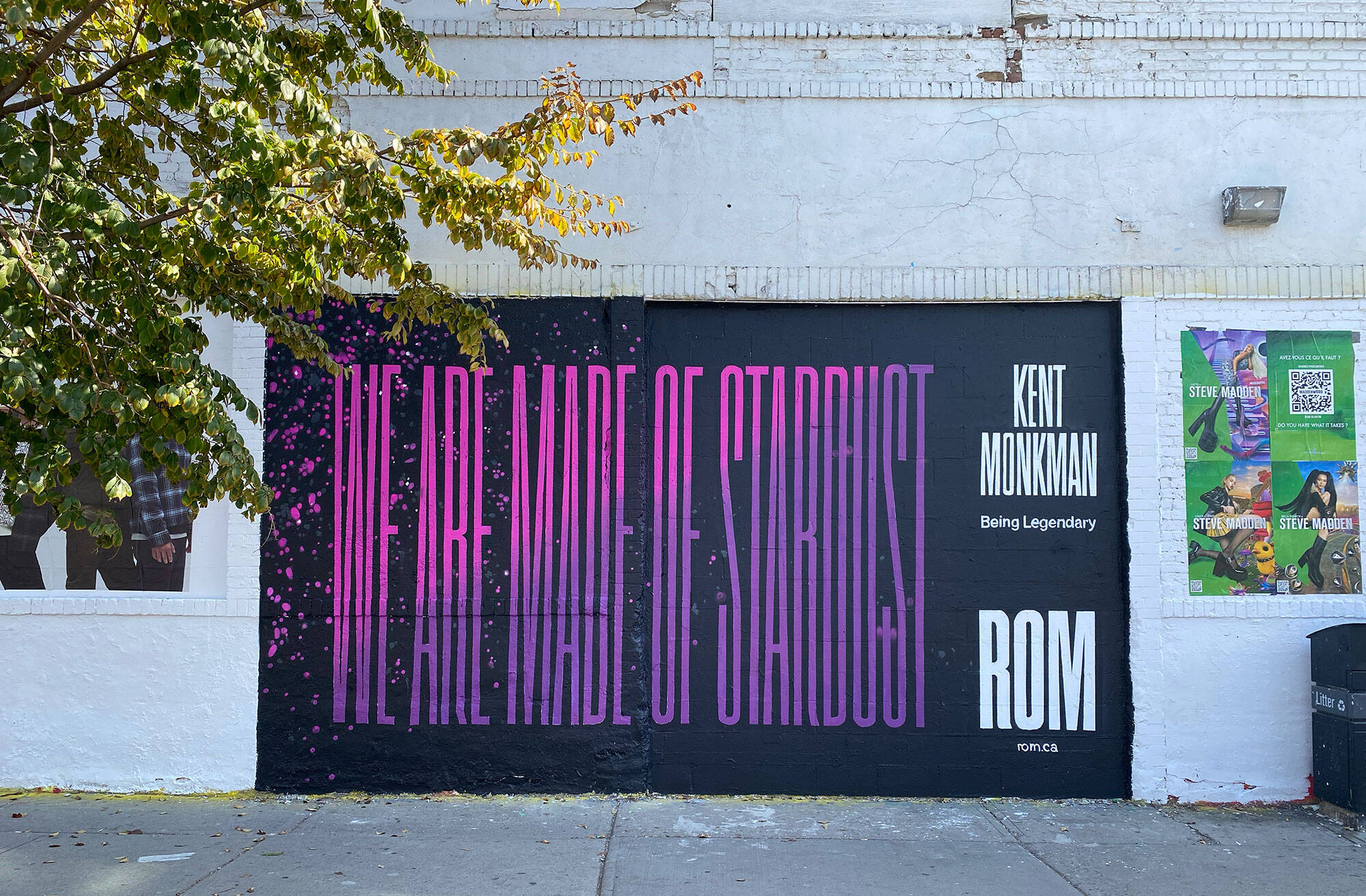 A Campaign Made of Stardust

In 2017, a scientific study provided definitive proof that the human body contains 97% of the elements found in the galaxy, proving that we are indeed made of stardust.

The stardust contained in humans is as old as the universe itself and is a central theme running through the RoyalOntario Museum’s (ROM) new exhibition Kent Monkman: Being Legendary and the genesis of “We Are Made of Stardust,” an evocative new campaign from Toronto agency Broken Heart Love Affair created to support the exhibition.

Running through March 19, this major solo exhibition from internationally acclaimed Cree artist Kent Monkman features 35 paintings, plus sculptures, and etchings, the majority of which have been created specifically for this show.

Being Legendary tells the story of Turtle Island from the beginning of time to the present day, as seen through the eyes of the artist’s gender-fluid alter ego, Miss Chief Eagle Testickle. Juxtaposed with fossils, a meteorite and intricately beaded moccasins selected carefully by the artist from the Museum, this new body of work is designed to ask important questions about how collections in museums are curated and presented in the 21st Century.

“Given full access to the Museum and full license to realize his artistic vision, Kent Monkman's Being Legendary offers visitors the chance to see an exhibition of visually stunning artworks that were created in response to the collections housed in ROM,” says Lori Davison, ROM Chief Marketing & Communications Officer. “Being Legendary is emotionally complex and at times disturbing, but the show intentionally builds toward a sparkling optimism. We wanted the campaign creative to convey a similar emotional crescendo.”

The accompanying campaign leverages a key phrase from the exhibition, “We Are Made of Stardust,” using Monkman’s large-scale and highly detailed work as the basis for its creative approach and showing how the power of Indigenous peoples lives on through stories, art, and song. The campaign was developed with extensive input from Indigenous talent both in front and behind the camera.

The campaign contains posters and a mural featuring paint made by Manitoulin Island paint maker Anong Migwans Beam using the dust from a meteorite that was crushed by the museum’s rock crusher. These campaign elements are literally made of stardust.

An accompanying film traces the origin story of Miss Chief and illustrates how the out of home elements were created. The film begins with a pink comet hurtling through space towards Earth, before it crashes to the ground with a momentous boom. The meteorite is discovered by a young Indigenous girl, who turns it into paint that she uses to create a series of posters bearing the message “We are made of stardust.”

“The childlike awe is what we want people to take away from both the campaign and the exhibition,” said McIntosh. “We also wanted the video to be distinct from Kent Monkman’s new body of work, while at the same time echoing some its themes.”

“We’re announcing the arrival of one of the most anticipated exhibitions of the year,” added Zentil. “Kent Monkman’s paintings are massive in scale, hyper-realized and detailed. Like a comet, his artwork makes a huge impact, so we leaned into that concept for the campaign.”

About ROM
Opened in 1914, Royal Ontario Museum showcases art, culture and nature from around the world and across the ages. Among the top 10 cultural institutions in North America, Canada’s largest and most comprehensive museum is home to a world-class collection of 13 million art objects and natural history specimens, featured in 40 gallery and exhibition spaces. As the country’s preeminent field research institute and an international leader in new and original findings, ROM plays a vital role in advancing our understanding of the artistic, cultural and natural world. Combining its original heritage architecture with the contemporary Daniel Libeskind-designed Michael Lee-Chin Crystal, ROM serves as a national landmark, and a dynamic cultural destination in the heart of Toronto for all to enjoy.

About Broken Heart Love Affair
Broken Heart Love Affair is a global agency based in Toronto and the partnership of industry veterans Jason Chaney, Carlos Moreno, Denise Rossetto, Todd Mackie, and Beverley Hammond. The agency, named AdAge Silver Newcomer Agency in 2021 and Strategy Small Agency of the Year Silver, is focused on gathering the most decorated strategic and creative talent on a mission to bring back the love for brands, clients, and the creative community. The agency celebrated a Cannes Lion and recognition at every major award show in its first year. Brokenheartloveaffair.com

This professional campaign titled 'We Are Made of Stardust' was published in Canada in October, 2022. It was created for the brand: ROM, by ad agency: Broken Heart Love Affair. This Film and Outdoor media campaign is related to the Other industry and contains 5 media assets. It was submitted 3 months ago by Founder: Shannon Stephaniuk of Glossy.

Together all over the world

Rombot - The First Virtual Ambassador of a Country