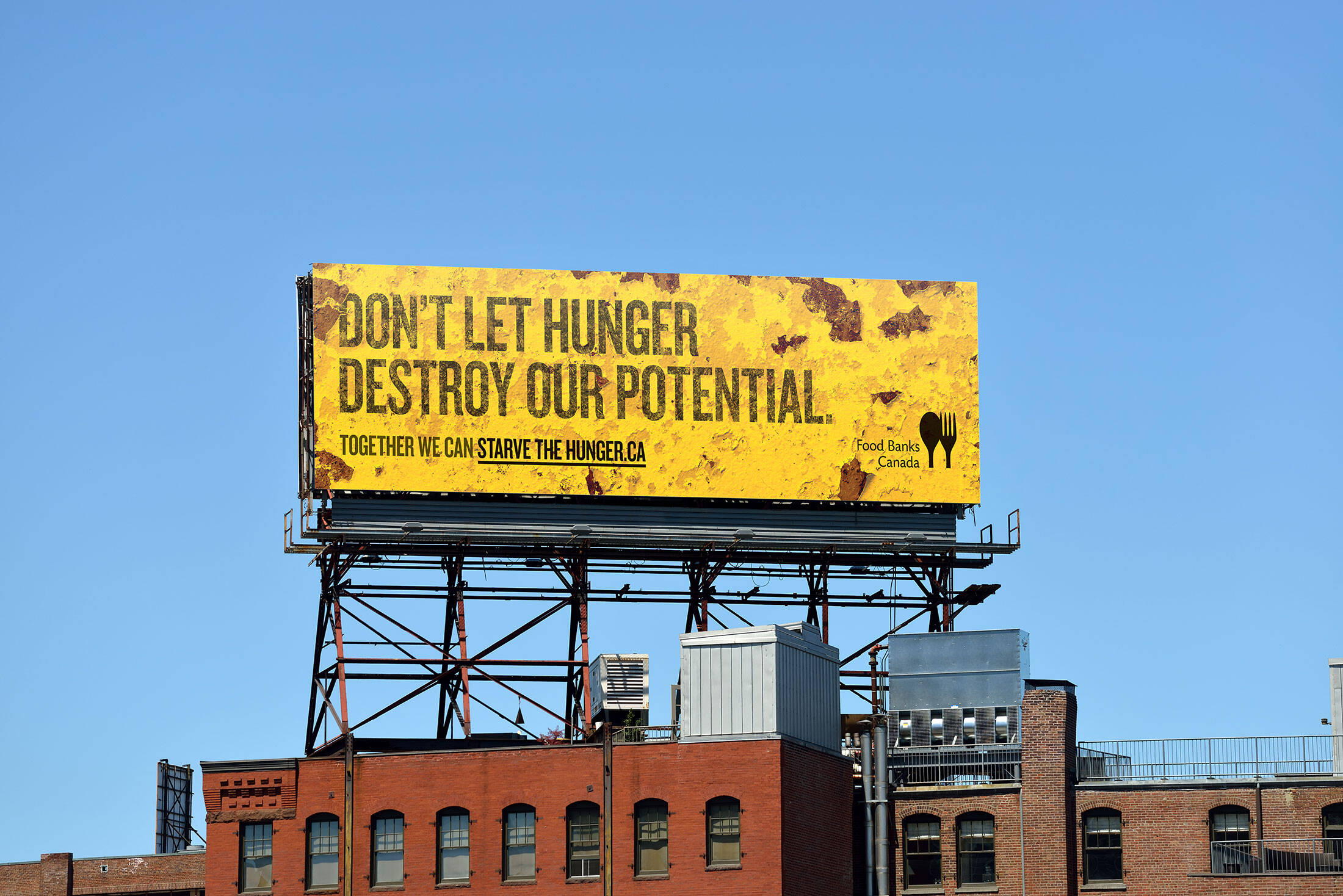 Addressing The Creeping Problem of Hunger

With food insecurity and hunger at an all-time high, The Local Collective’s new “Starve the Hunger” campaign for Food Banks Canada puts the issue top-of-mind for Canadians

Canadians are looking forward to their first “proper” Thanksgiving in three years. But for more than 5.8 million people living in a food insecure household, Monday, Oct. 10 will be just another day without enough to eat.

Food insecurity is currently a growing problem in Canada, with the combination of rising food and housing costs pushing many families to the breaking point. According to Food Banks Canada, 1 in 8 Canadians currently face food insecurity, and the need for greater access to food cuts across all segments of society.

A lack of food not only starves people of their physical and mental health, but also deprives them of social opportunities and a sense of belonging, said Food Banks Canada’s Chief Executive Officer Kristin Beardsley, who calls it a national crisis.

“Food insecurity is at an epidemic level in this country,” adds Caroline Newton, Food Banks Canada’s Chief Communications Officer. “Things weren’t great before COVID, and the effects of the pandemic, coupled with inflation and the rising cost of living, means we simply cannot tolerate the situation any longer.”

To raise awareness of this critical issue at a time when food and full bellies are very much top-of-mind for Canadians, the national organization has launched the provocative “Starve the Hunger” campaign created by Toronto agency The Local Collective.

The integrated campaign, which includes TV, OLV, cinema and out-of-home, is anchored by a striking two-minute video spot depicting hunger as a voracious caterpillar eating away at the very fabric of society.

It opens on a young girl sitting in a room and drawing in a notebook, when she notices a ragged hole in its pages left by a hungry caterpillar. “There’s this thing,” says the accompanying voiceover. “It seems small at first, like something you don’t really notice. Something we don’t really need to worry about. But it grows. And soon it’s impossible to ignore.” As the two-minute spot continues, we see the caterpillar devouring the city and growing larger, eventually turning into a Godzilla-sized caterpillar atop a skyscraper.

While many Canadians are committed to ending food security, they also believe they’ve helped by dropping off a can at a food drive or donated to organizations like Food Banks Canada, the need for system change has never been more acute says The Local Collective’s founder and Chief Creative Officer, Matt Litzinger.

“We needed a platform capable of engaging Canadians on an emotional level,” he said. “’Starve the Hunger’ is designed to cause not only a reaction, but involvement. Telling this story in an emotional way allows Food Banks Canada to have a different conversation with Canadians.”

This professional campaign titled 'Starve The Hunger' was published in Canada in October, 2022. It was created for the brand: Food Banks Canada, by ad agency: The Local Collective. This Integrated medium campaign is related to the Public Interest, NGO industry and contains 4 media assets. It was submitted about 2 months ago by Founder: Shannon Stephaniuk of Glossy. 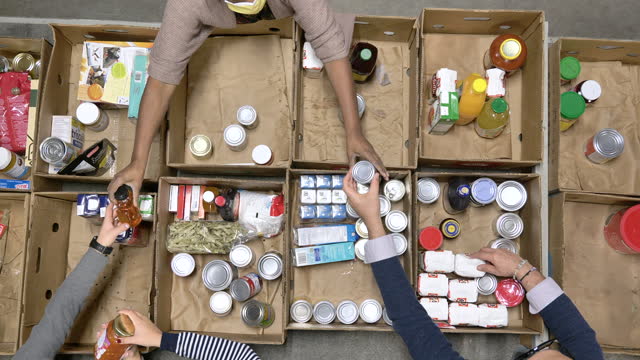 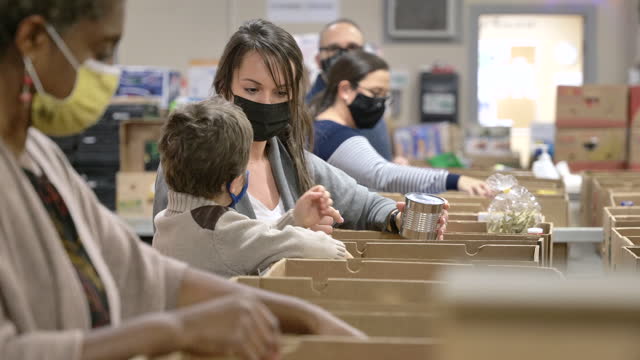 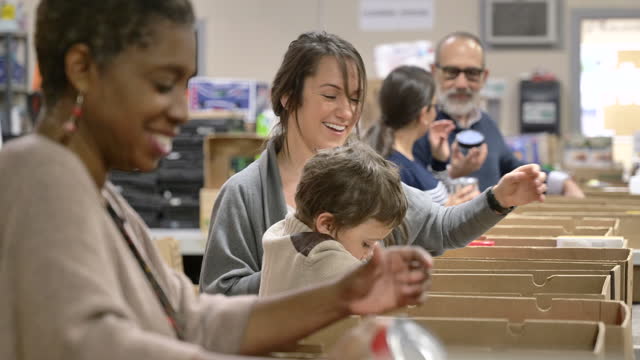 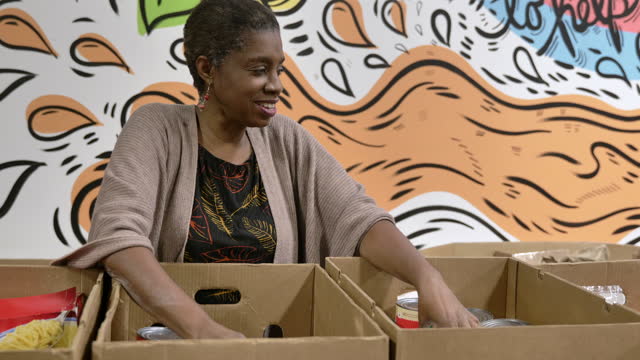 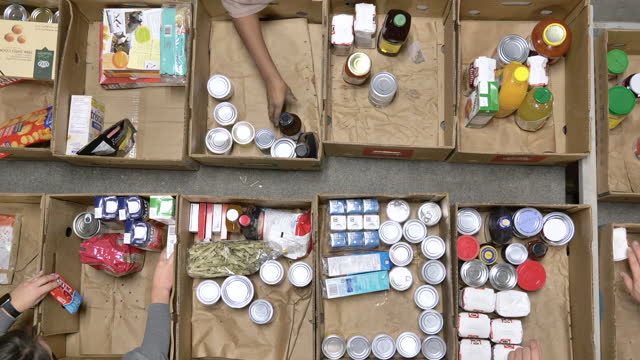 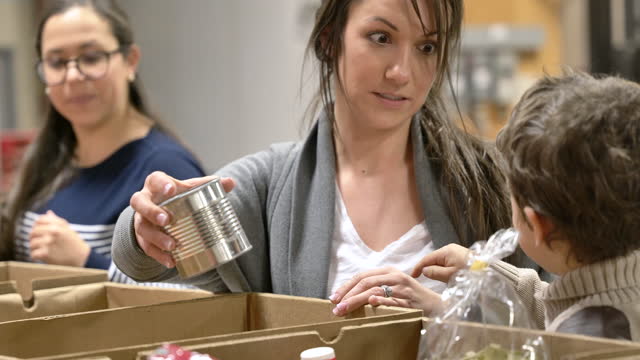 Mother & son volunteering at a f...