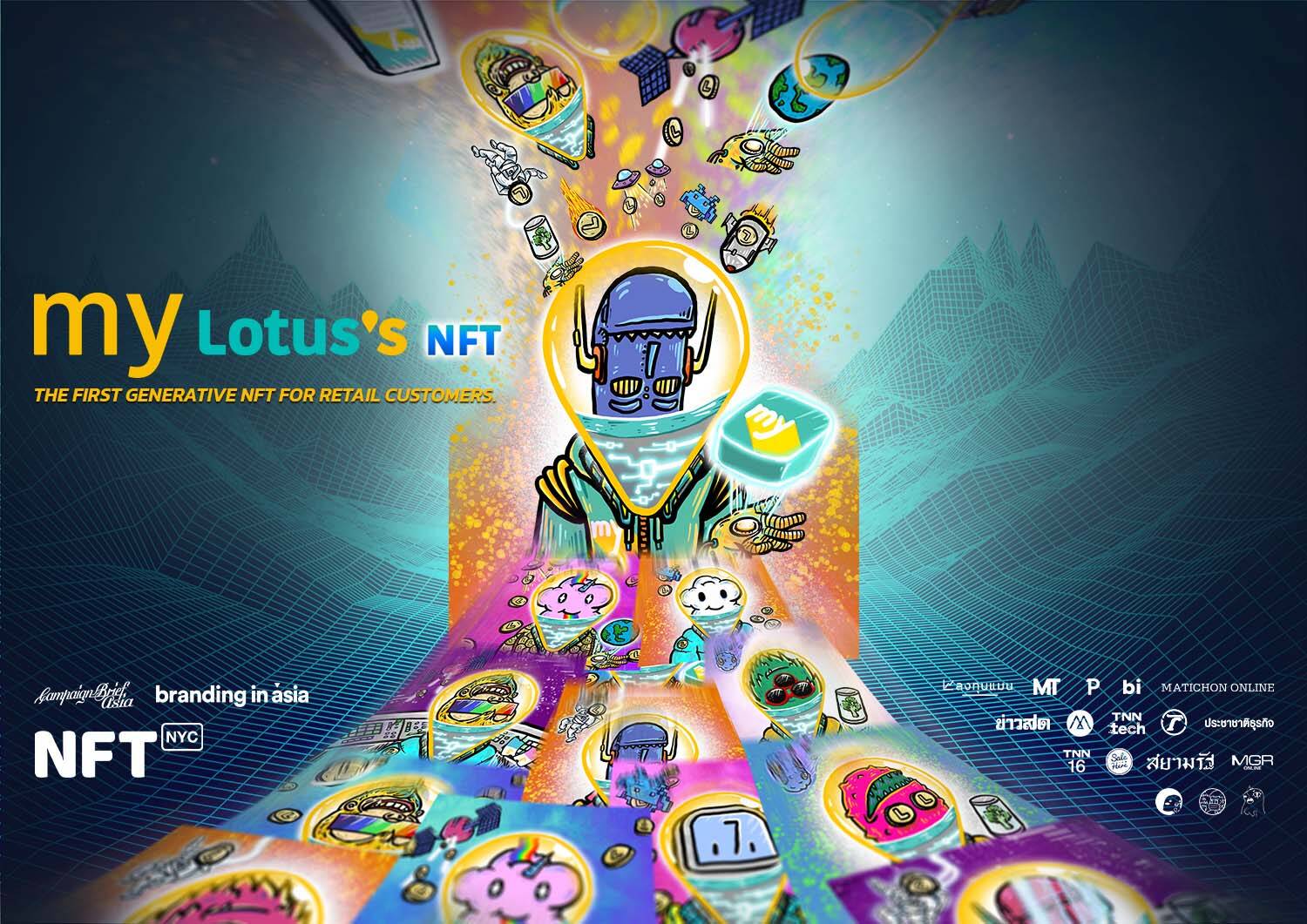 Upon the currency of the lives of today’s generations where reality and digital world have become one ecosystem. It is considerably ordinary for anyone to switch lives between the two worlds. For sure, it is mandatory for many businesses to adapt and evolve themselves to the new normal. An offline-based businesses must adapt to fit within an online ecosystem for survival. Similarly, a pure online-based businesses has also realized that, without the beauty of offline world, the complete loop of consumer experience could not be fulfilled either.

Lotus’s, Thailand’s leading retail store, with an extensive range of customer’s database, is widely recognized as the go-to store for housewives who take care of household’s well-being. With this fact, the store always seeks for opportunity in the current world through digital innovation. The latest application “my Lotus’s” is then invented to administer and manage customer’s database or CRM that can connect with customers through smartphones.

Naturally, when the giant of mass retail business like Lotus’s launches communication campaigns, it is inevitable that the priority would be tactical communications such as giving gift vouchers, or gift with purchase as this is generally expected from consumers and is the pattern could raise sales bar. However, the pitfall is that such tactics are no longer effective in driving consumer’s attention.

Recently, Lotus’s has decided to aim its effort to the new target, young generations, whose lifestyles is based on smart technology. They normally spend on online ecosystem in almost everything from everyday products to cars or even properties. This has put a major challenge for Lotus’s on how to make the young generations to turn heads to the franchise and what it has to offer.

The answer is no further than offering in the thing that the young generations are already interested!

IDEA:
The FIRST-EVER “my Lotus’s NFT”,
created to present the coolest NFT from the leading retails in Thailand.

Amidst NFT rising popularity around the world and Thailand, collecting NFT art has become more than just art collecting. However, it is comparable to a permanent recording of digital data for those who are interested in Blockchain world.

To add an extra special element to this campaign, this NFT project has collaborated with renown Thai NFT artist who possesses a worldwide recognition. The 1,500 pieces of NFT in this campaign are all unique and each is one-of-a-kind. This is made possible by leveraging the technology that adds values to end consumers. By designing a different element of art piece in the NFT for example the head, body, surrounding objects, background, as well as other contributing elements, this has enabled more than 100 different designs. Then the program will mix and combine each element into the NFT art piece without a single duplication.

The hidden gems with this campaign which adds excitement to all NFT collectors is there are also rare items hidden in the NFT. For a die-hard collector, this tremendously increases the effort in the the hunting of the rare items which will generate the exchange within NFT markets. Such actions has enhanced organic awareness of this campaign to the next level. And these activities are the technique to draw consumers to participate in the never-before-seen conversation in retail industry. This essentially is the FIRST-EVER NFT campaign for retail industry which enhance a leadership status to Lotus’s.

This campaign objectively focuses on providing the privilege to members of my Lotus’s application. When participating in the campaign, members will receive the code to exchange for NFT art. The communication channel for this campaign is targeting a new and emerging channel which aims to reach the community of young generations such as Discord. The rationale of selecting such unorthodox channel is to create the space for seamless conversation between the brad, consumers as well as NFT artist. Such move has broken down the barrier that traditional channels failed to deliver in the past which could move the retail business forward strongly to the new normal.

Summary of performance from my Lotus’s NFT Campaign

- Throughout the 2 weeks of the implementation, each day, the redemption of the code has reached its limit within 4 minutes on average.
- This campaign generated more than 10 Million reach throughout the country with an average age of 25 years old
- Incremental application downloads and members subscription is 3 millions within 2 months during campaign activation. This accounts for the unique new member at 95% and this was ranked no. 1 on App store and Play store surpassing the popular applications such as Tiktok and Facebook during the campaign
- 225% in incremental traffic on my Lotus’s application usage
Expand awareness of Lotus’s and the campaign in wider range of targets and communities
- Created the trend of Fan Art by NFT artists more than 50 art pieces
This campaign created conversation both in Thailand and internationally. This has become the case study in Crypto currency industry and metaverse communities in Thailand.
- This campaign was also picked up by international media including the mention in NFT NYC 2022 event in New York, USA.

This professional campaign titled 'my Lotus's NFT' was published in Thailand in March, 2022. It was created for the brand: Lotus's, by ad agency: Brilliant & Million. This Design, Digital, and Direct media campaign is related to the Retail Services industry and contains 1 media asset. It was submitted 4 months ago by Titipun Tubthong.

All-New, All In One Place.

End Of Being Tortured