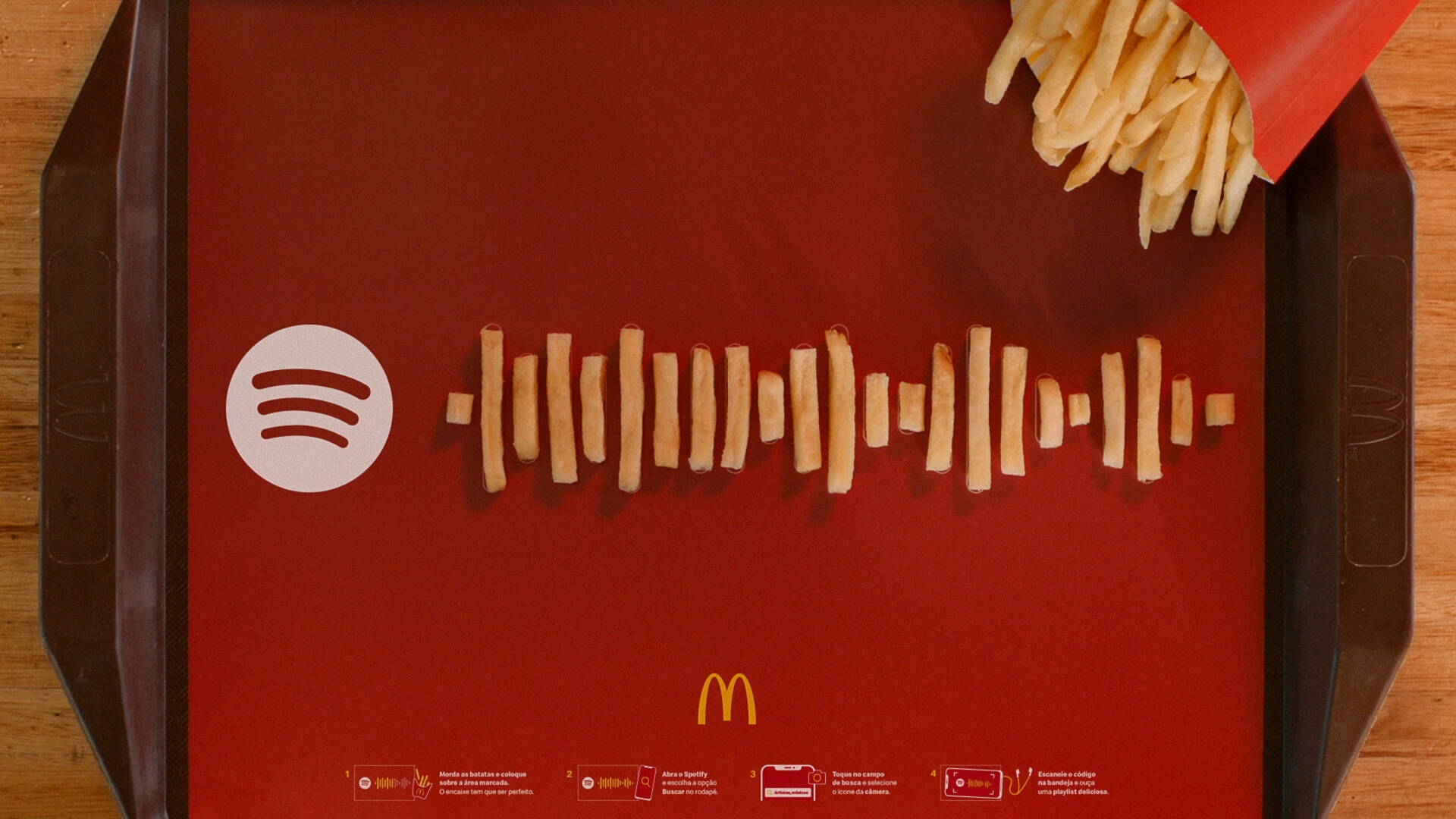 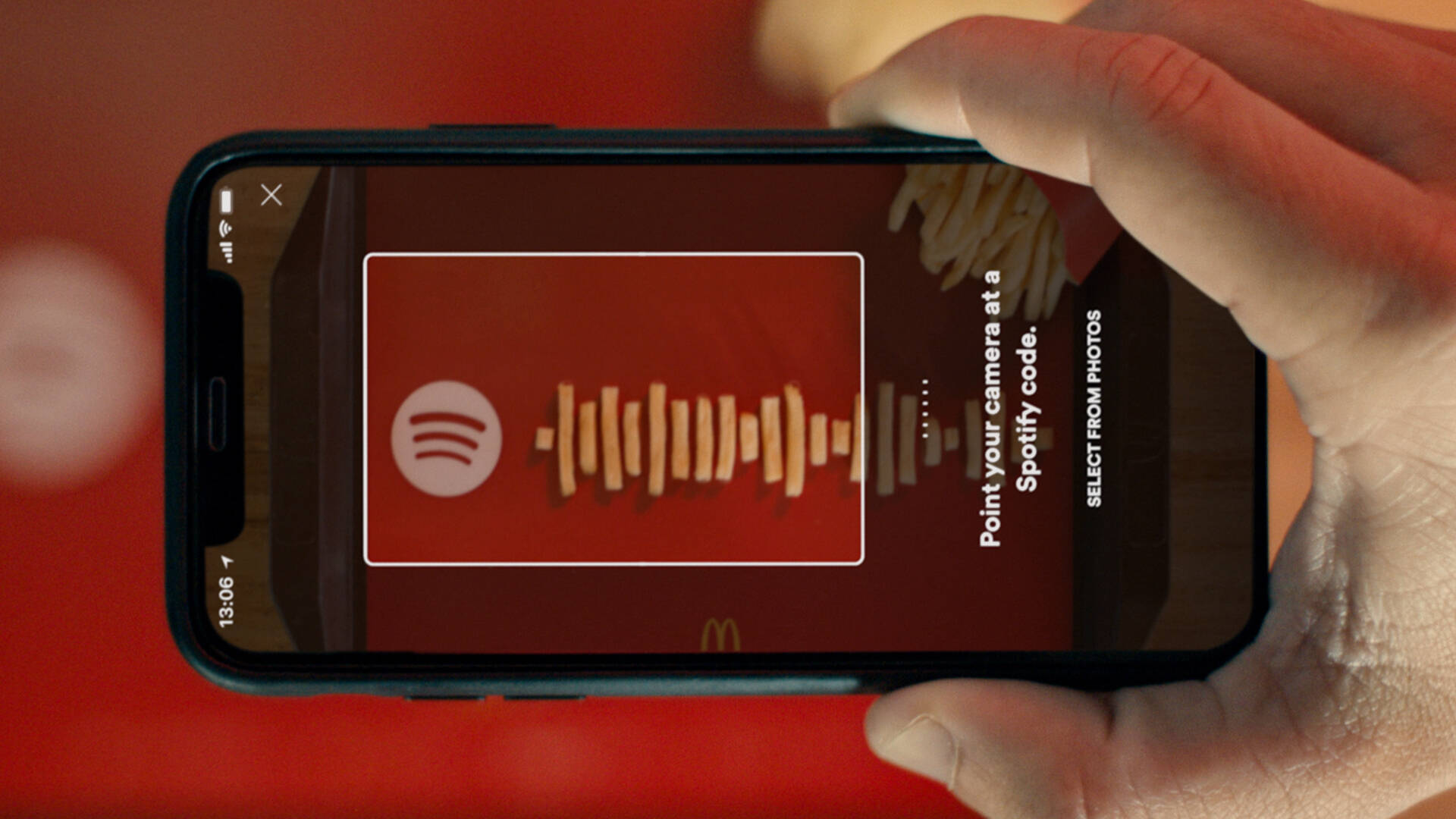 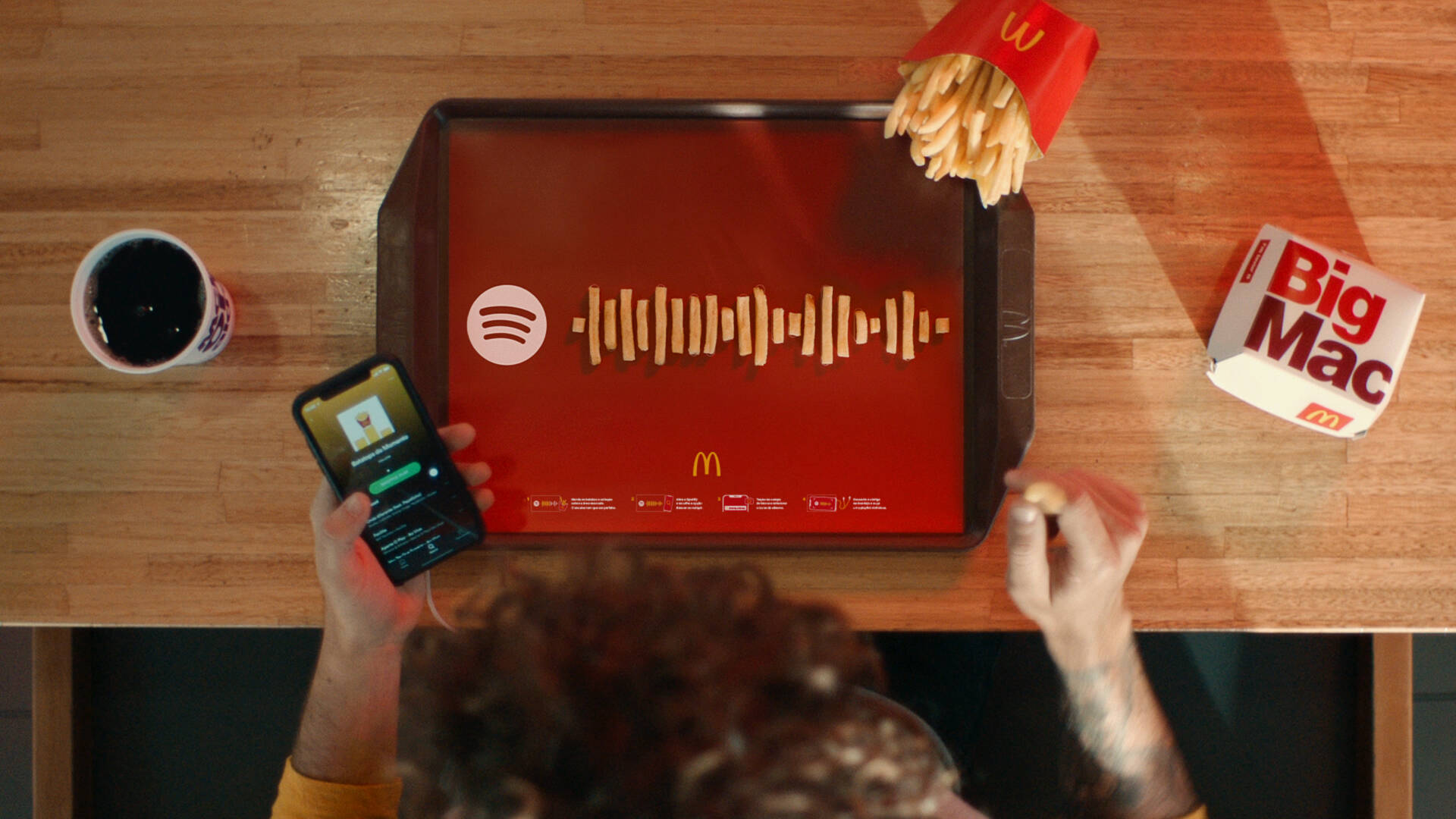 McDonald's is characterized by offering its customers the best French fries in the world; and now it will also offer a unique digital experience. Each consumer can use their McFries to have access to music that is in accordance with their mood; this is an innovative action developed in partnership with Spotify. Created by the agencies DPZ&T Brazil and Leo Burnett Colombia, the project focuses on diversifying the customer’s experience when they go to the restaurants.
The clients will be invited to place their McFries on a code traced on the tray liner. When finished, they can open the Spotify app and scan the Spotify code on the tray liner. After the content is synchronized with the app, users will be taken to a Spotify profile named “FriesList”, specially created for the action. Then, they can enjoy the meal and listen to the songs from different and exclusive playlists, such as “FriTops of the Moment”, “I’m Out of Fries” or “Someone Stole My Fries”.

This professional campaign titled 'FriesList' was published in Brazil in June, 2019. It was created for the brands: McDonald's and Spotify, by ad agency: Publicis One. This Digital medium campaign is related to the Food and Music industries and contains 4 media assets. It was submitted over 3 years ago.