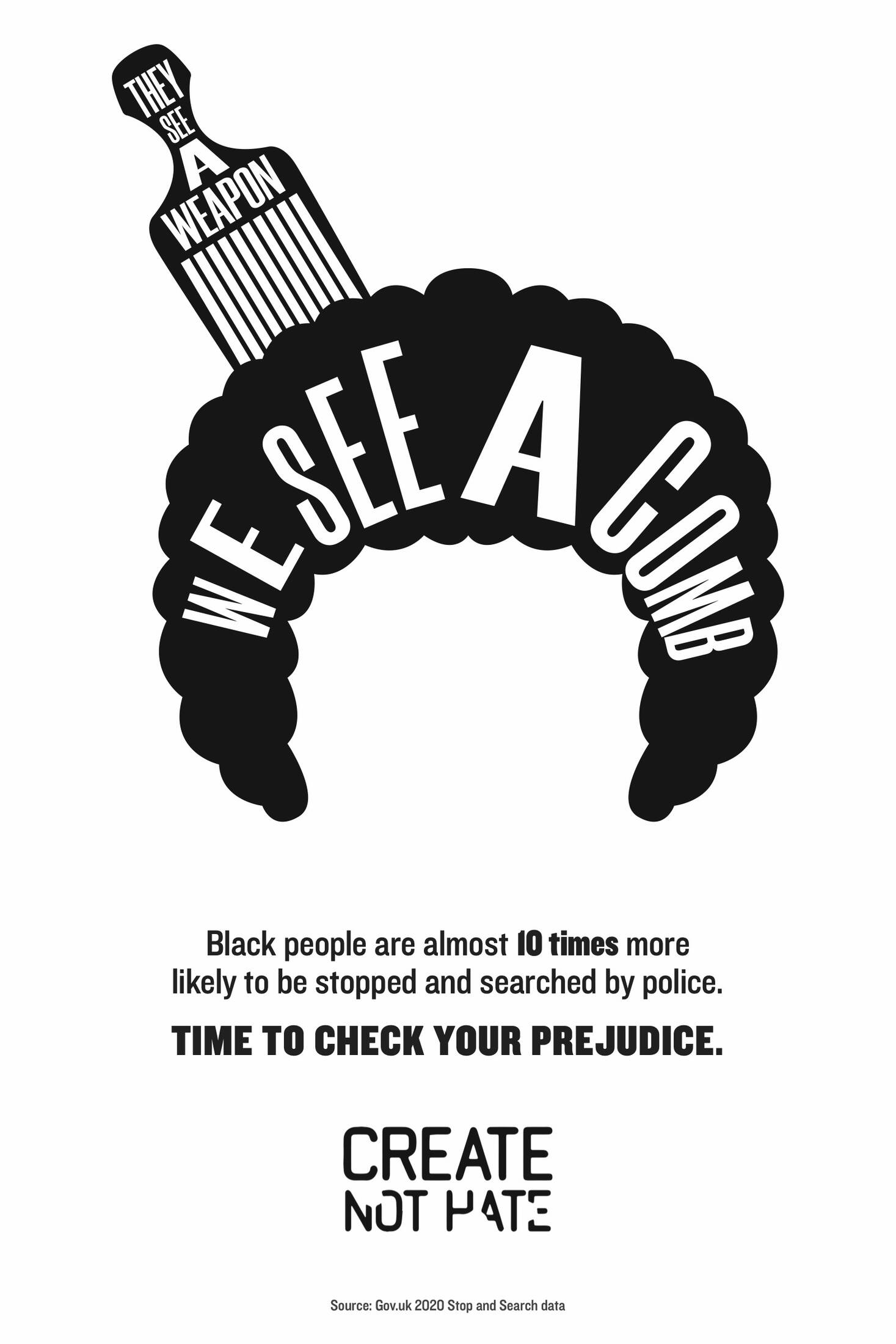 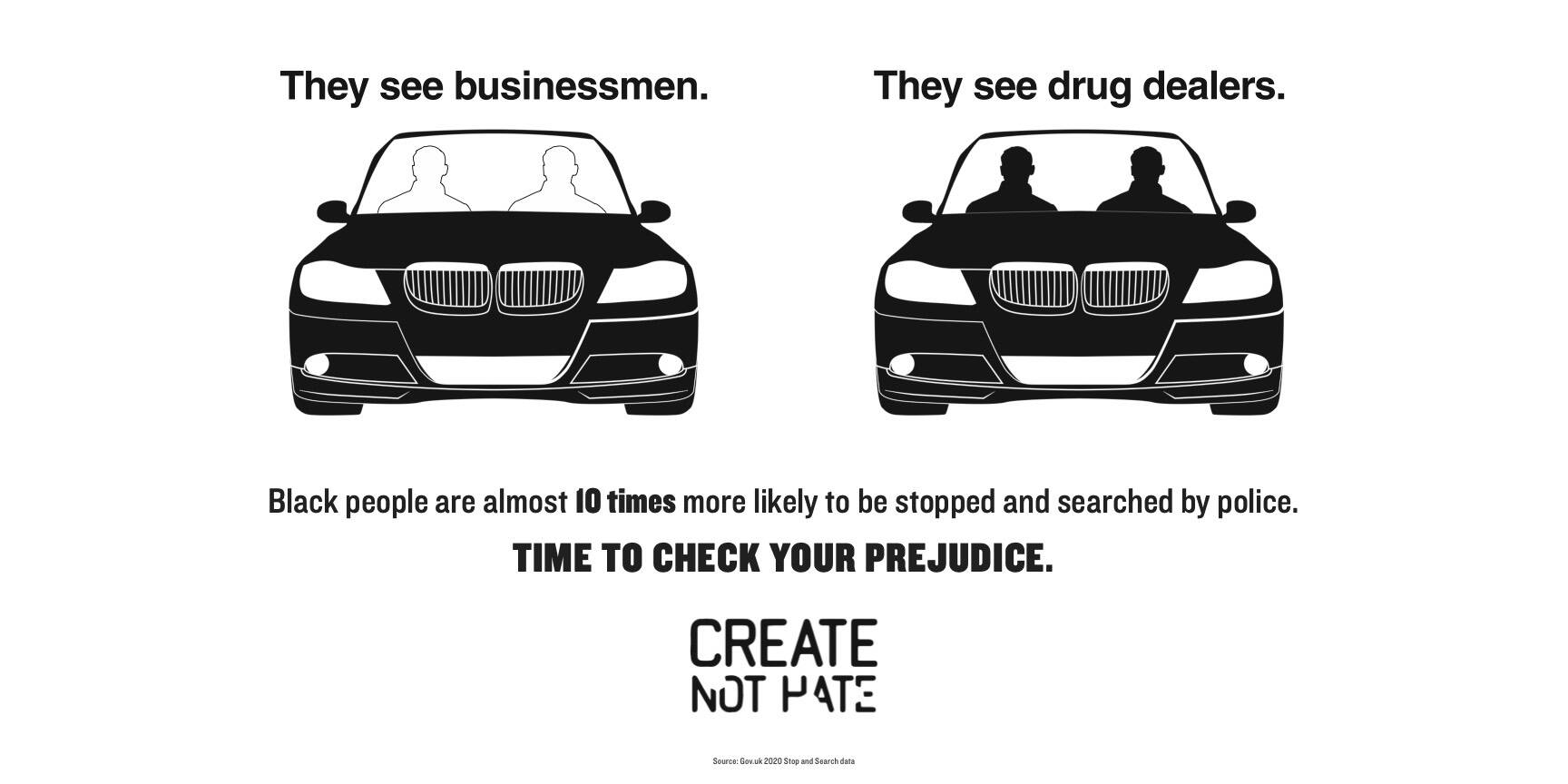 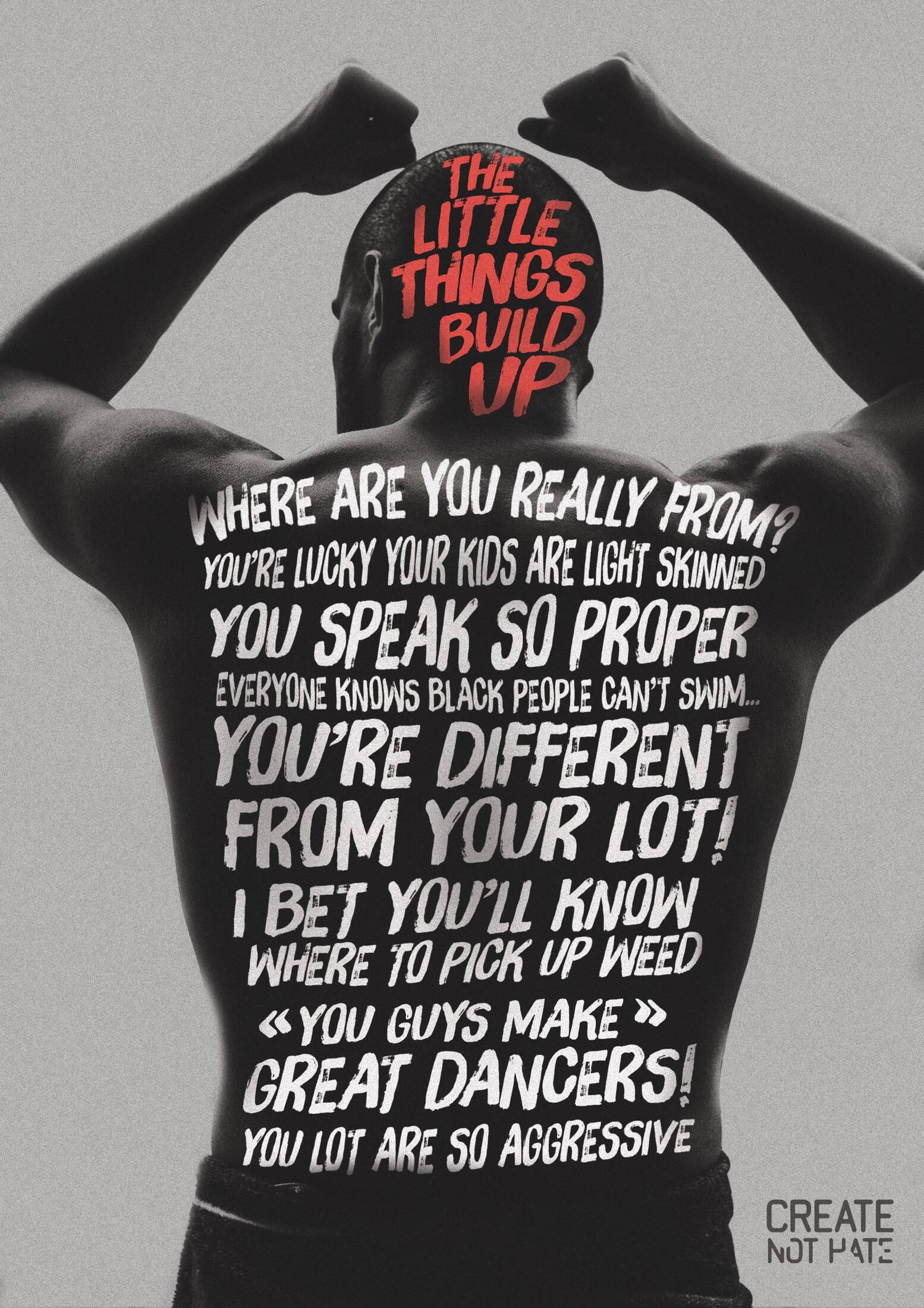 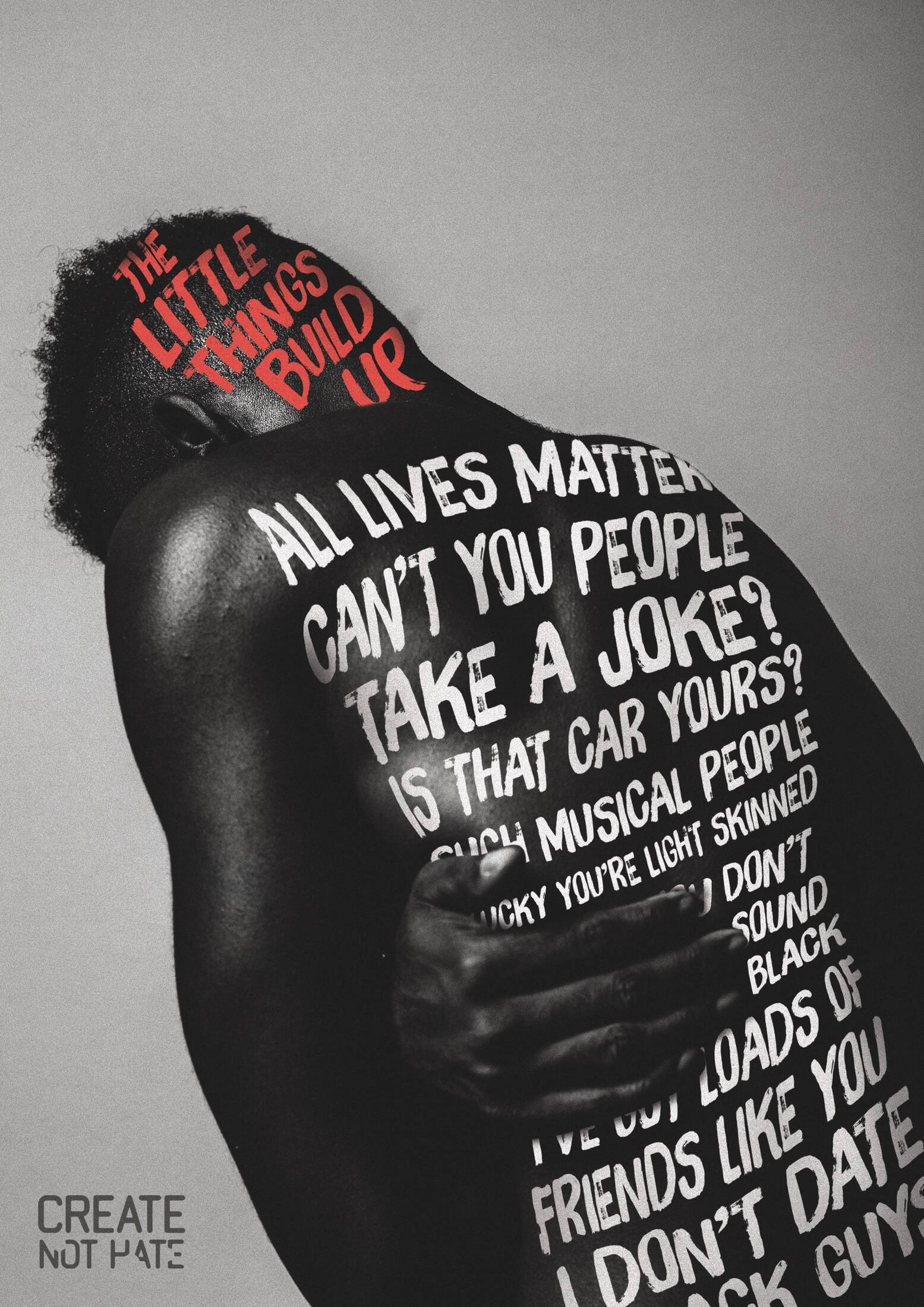 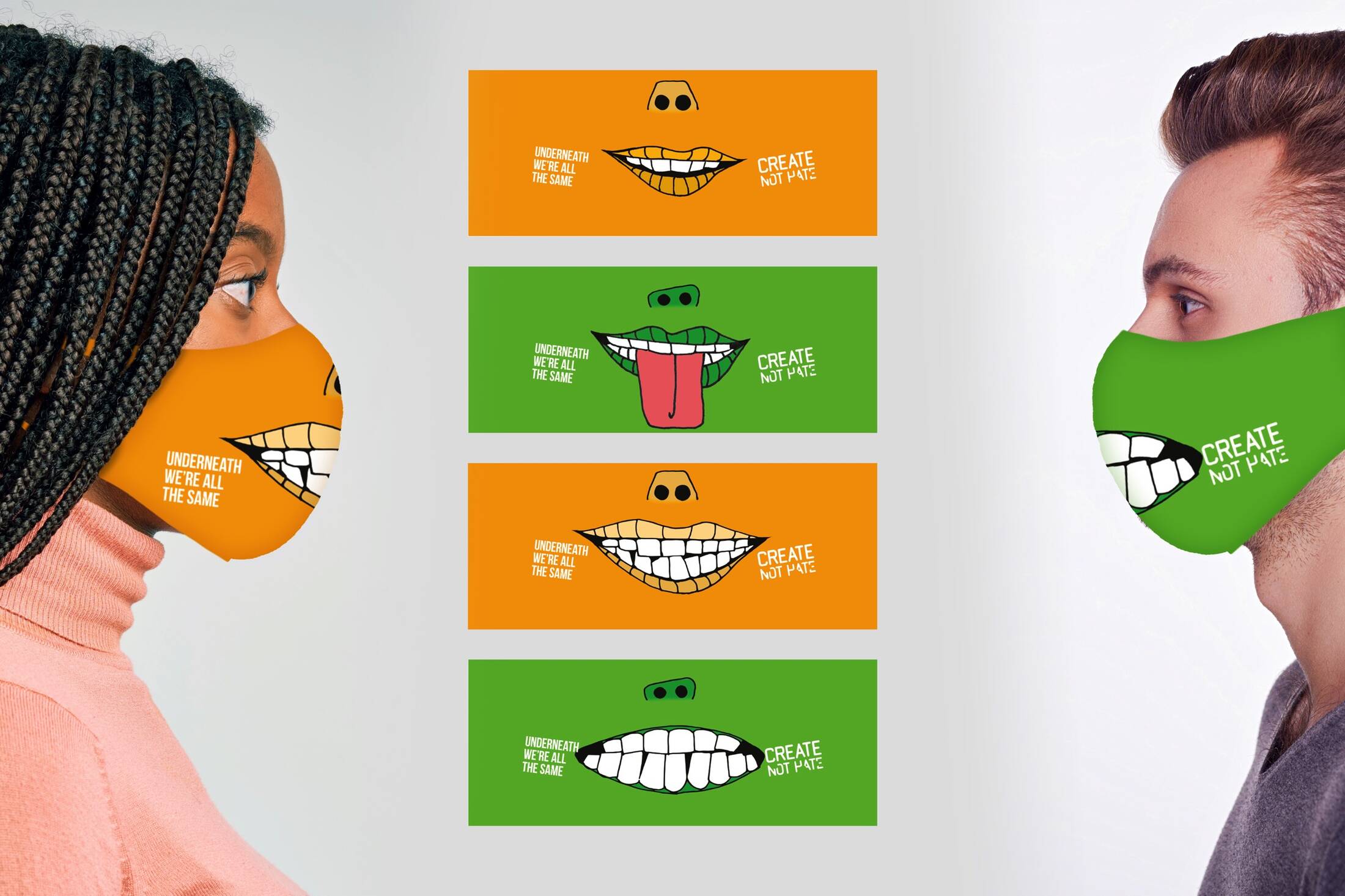 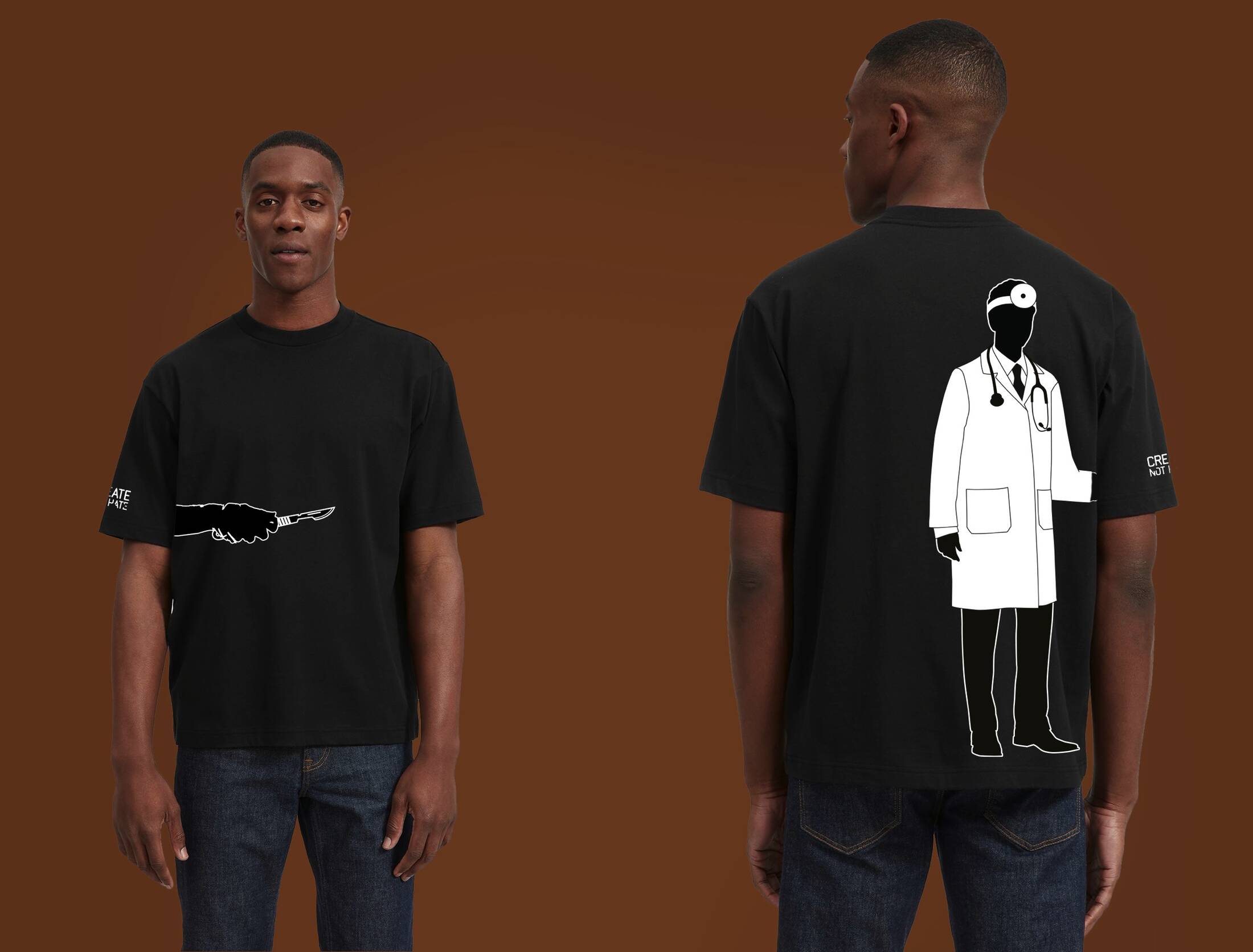 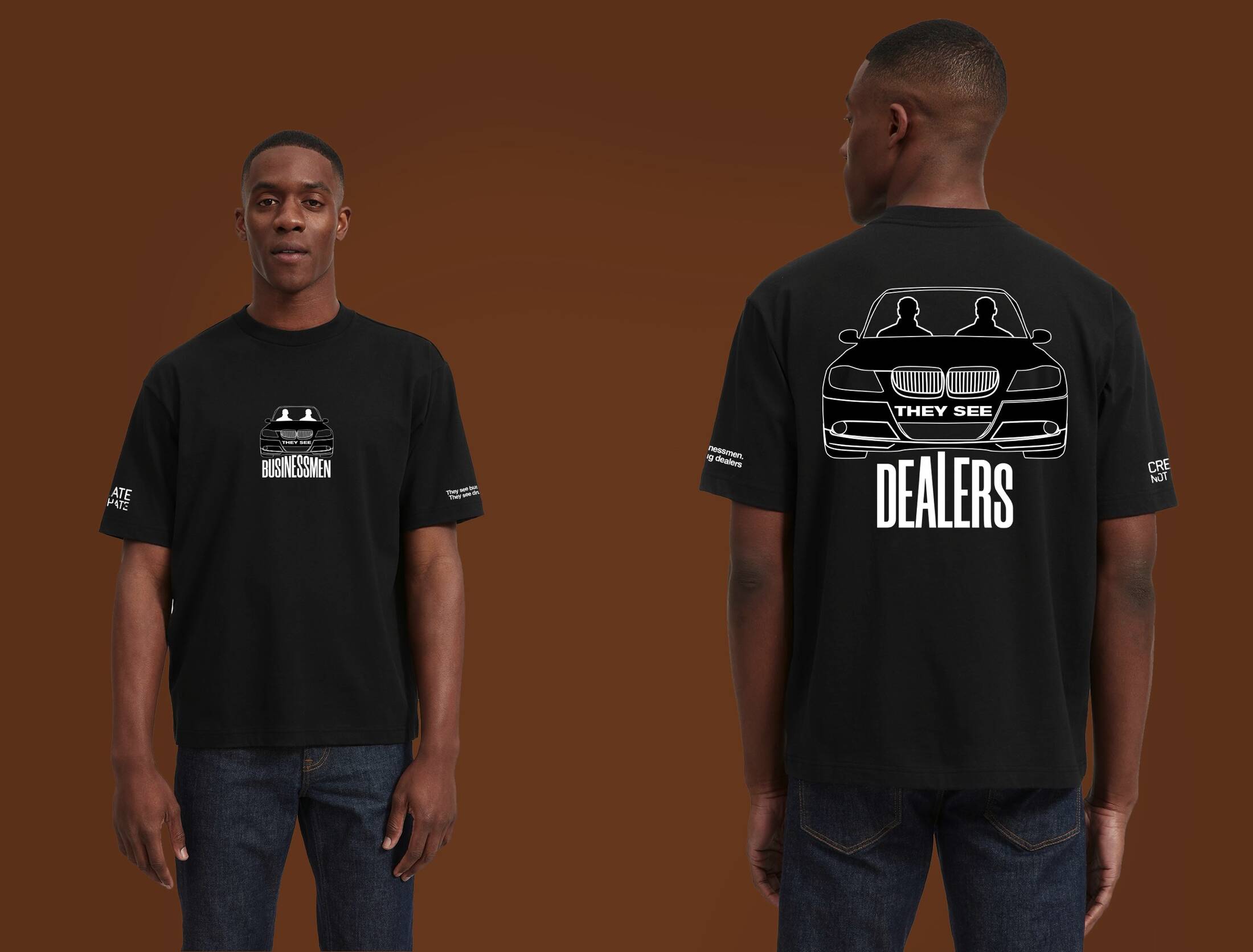 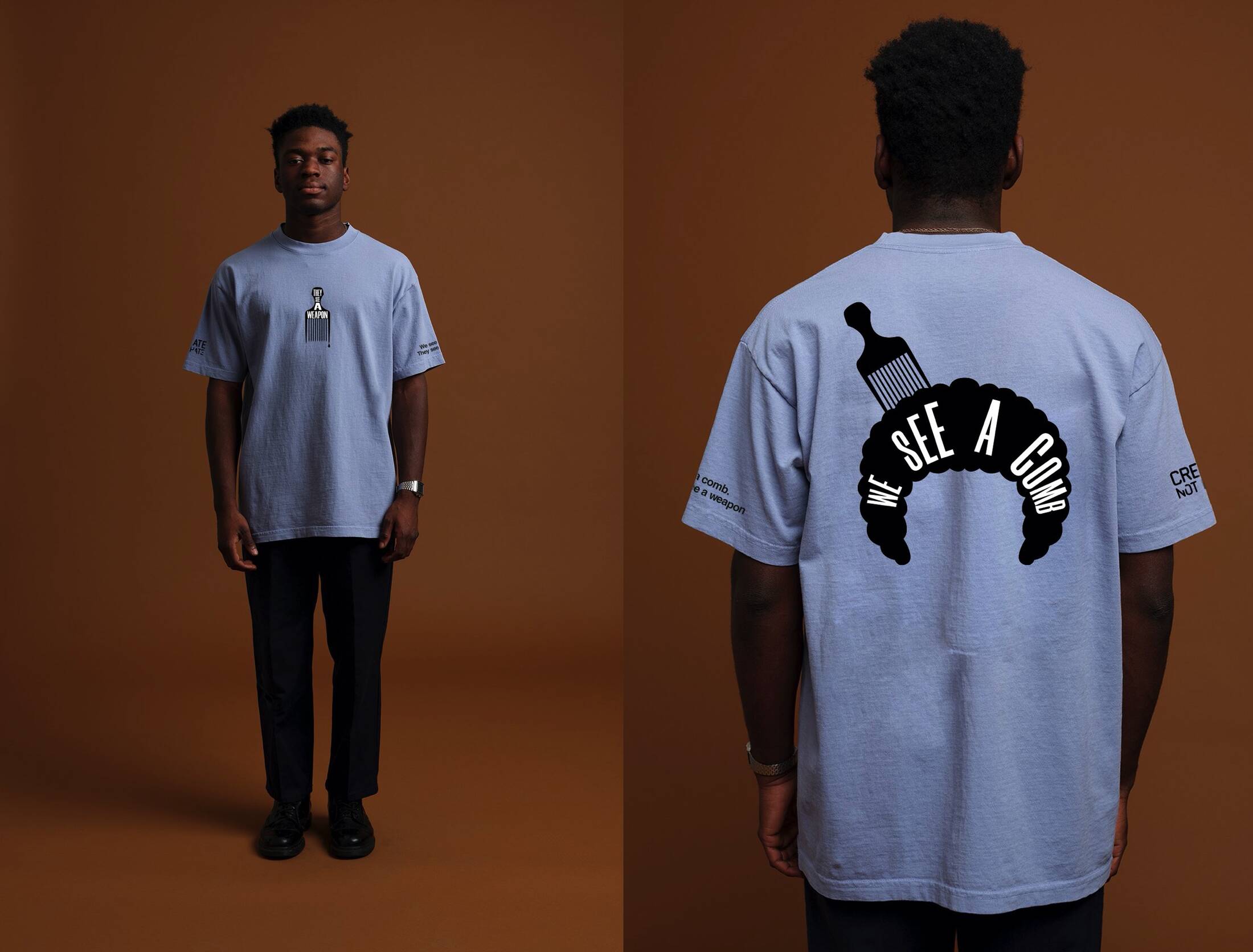 Carnival is cancelled this year, but the world-famous street party’s spirit of protest, anti-racism and fellowship is honoured by new creative work from under-represented young talent in the capital, all inspired by the personal stories of racism and racial profiling experienced by the young people involved.
Create Not Hate participants have been coached by leading figures from advertising, TV, film, design and digital, as part of the Quiet Storm founder’s drive to give young, marginalised people in London a pathway to jobs in the creative and media industries, and to bring about real social change.
Two short films, with the theme, “That’s not Me,” were the idea of Emmanuel, 17, from Camberwell, and were made with help from Quiet Storm. Together they aim to change people’s perceptions of race by countering negative assumptions, with references spanning everything from Shakespeare to the medical profession.
Also on view at the launch, will be Create Not Hate T-shirts, designed by Merton 17-year-olds Lilo and Keiran and Hammersmith 13-year-olds Anis and Santonio, with help from London creative agency Exposure.
A series of posters, ‘The Little Things Build Up,’ will also be unveiled at the launch. They were designed by Merton 16-year-olds Raphael and Jaiden alongside Hammersmith Jenelle, Princess & Oshea, which will be displayed along the route Carnival would usually take.

This professional campaign titled 'Create Not Hate' was published in United Kingdom in August, 2020. It was created for the brand: Create Not Hate, by ad agency: Quiet Storm. This Integrated medium campaign is related to the Public Interest, NGO industry and contains 11 media assets. It was submitted over 2 years ago.

We Need To Talk About Stop And Search