A century of winemaking 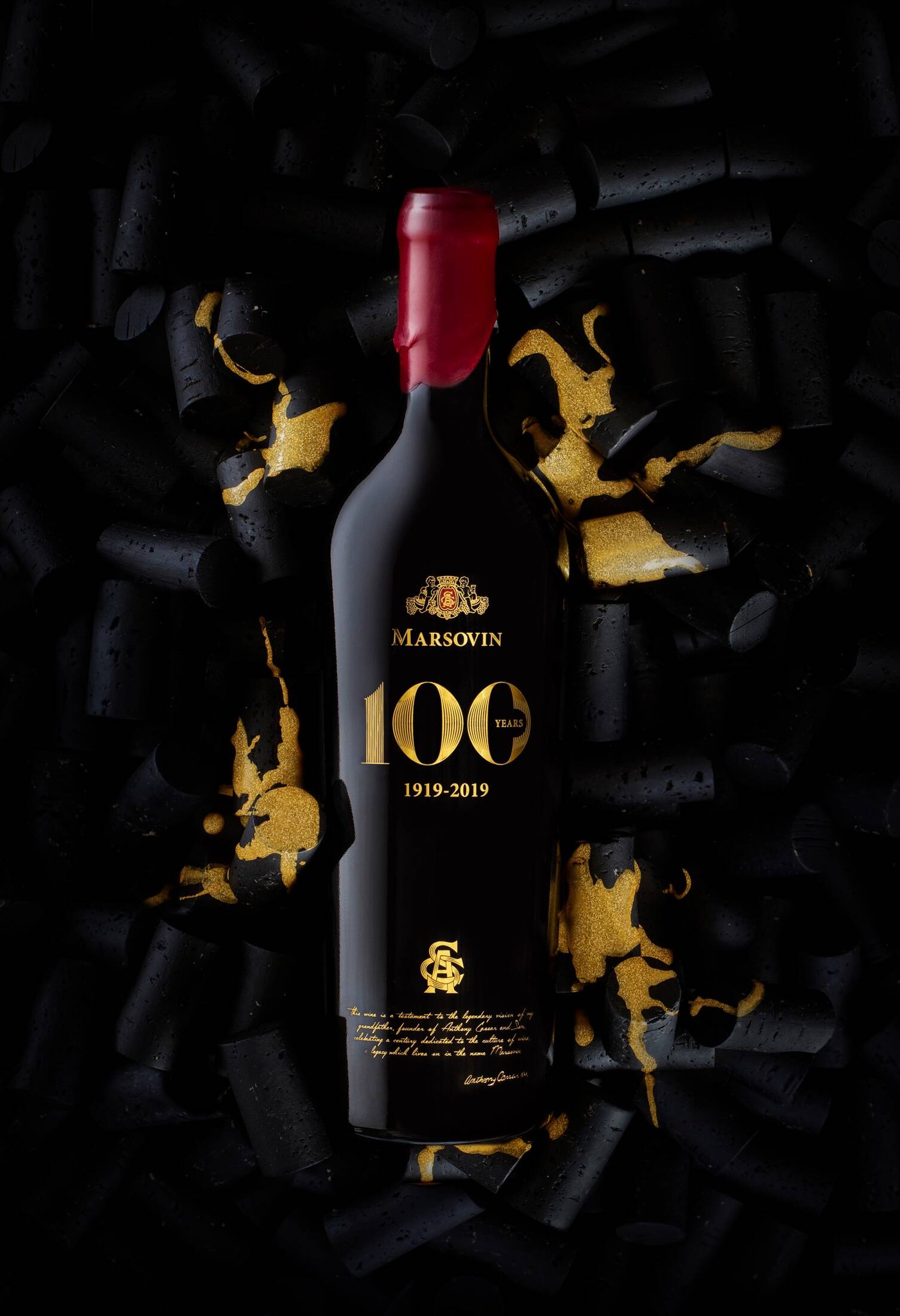 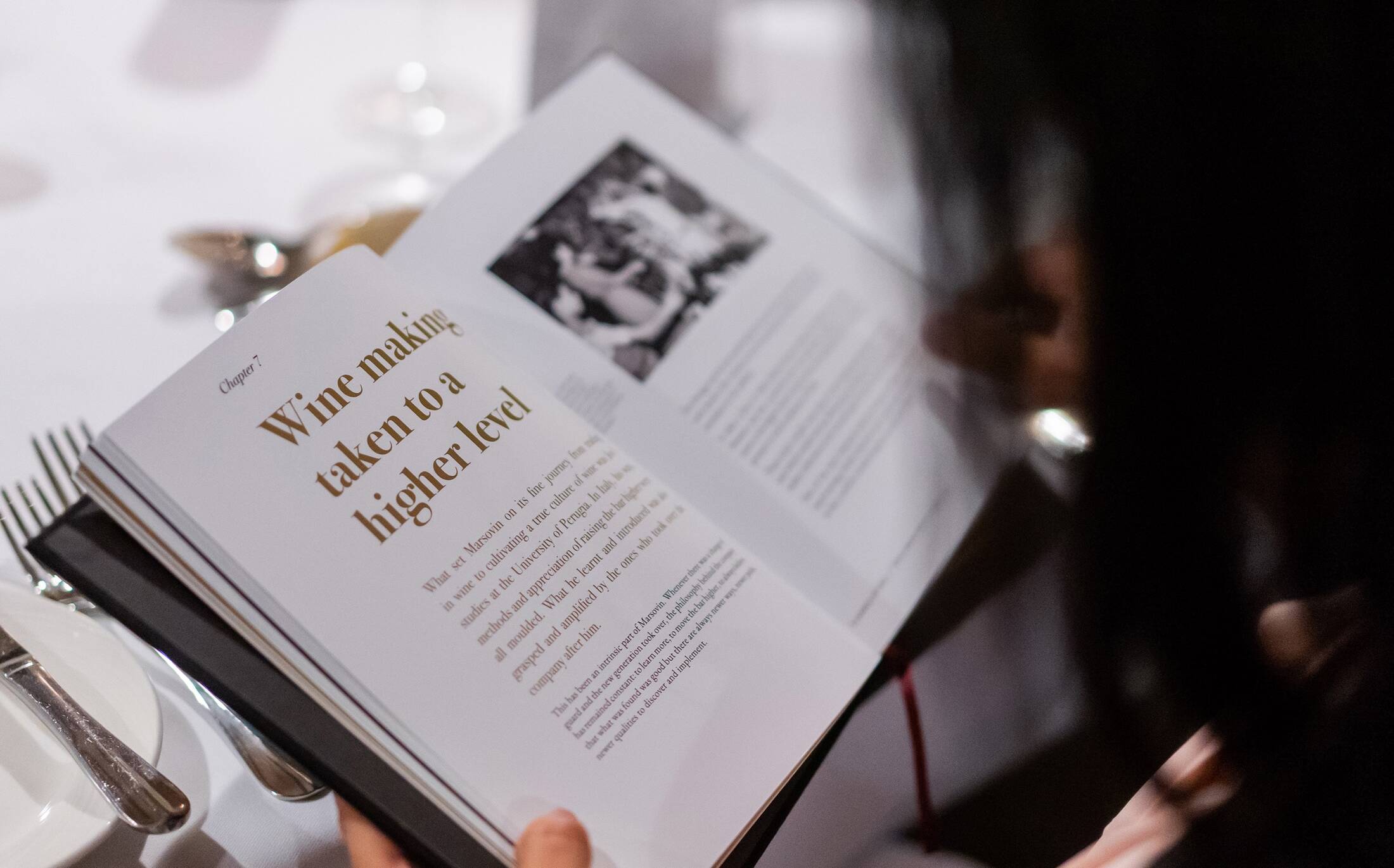 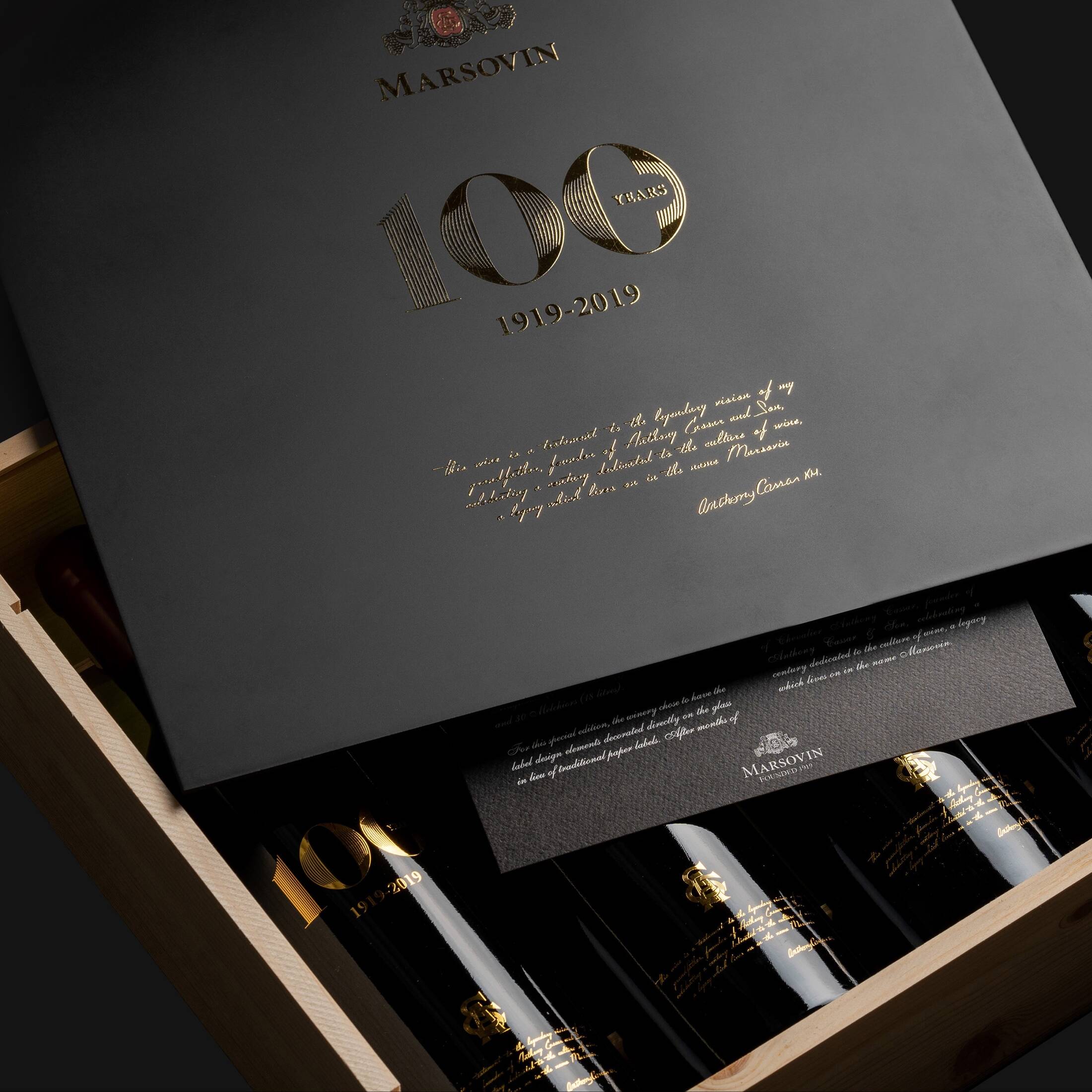 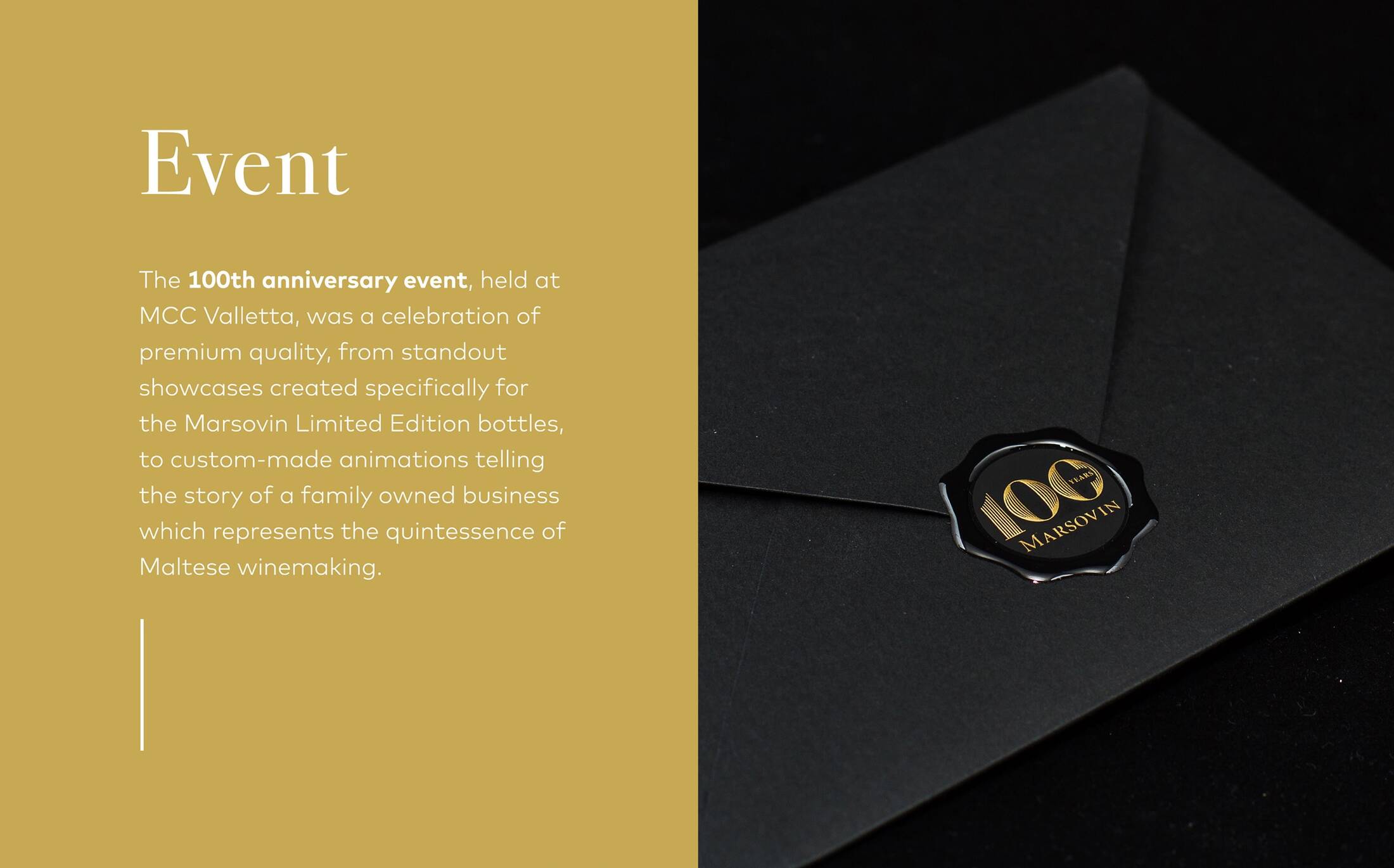 Marsovin have been raising the bar of wine production in Malta since 1919. When Marsovin announced 2019 would be their 100th anniversary, we gathered all our hands-on knowledge and experience to help them celebrate in style.
A century is a long time in the winemaking business. Marsovin’s vision to offer uncompromised quality has been passed on from one generation to the next, paving the way for the company to become an industry leader. We knew it wouldn’t be enough to communicate the anniversary in one campaign only, so we told their story in many different ways - with a distinctive brand identity, a special event, limited edition bottles, the Marsovin book, a dedicated website and social media content.
“Celebrating a century” was the overarching concept for the anniversary. This included everything about the brand’s heritage and allowed the story to be told throughout the whole year.
The quality of Marsovin wine speaks for itself, so we chose an elegant identity to celebrate that quality. We crafted a 100th anniversary logo using a black and gold colour scheme and a serif font, ensuring the Marsovin brand would be immediately recognisable.
The 100th anniversary event, held at MCC Valletta, was a celebration of premium quality, from standout showcases created specifically for the Marsovin Limited Edition bottles, to custom-made animations telling the story of a family owned business which represents the quintessence of Maltese winemaking.
We also designed Limited Edition bottles for the event: five formats and one distinct, memorable look, featuring the Marsovin and 100th anniversary identities, a handwritten message and Anthony Cassar’s signature - all decorated directly on the glass.
The Marsovin Book, which was available at the MCC event, explores the company’s centennial history of changes, challenges and achievements. To help this rich content stand out, we used the finest printing techniques and materials, applying the 100th anniversary identity and including black & white photography of Marsovin’s most salient moments.
To take things further and keep the anniversary celebrations strong throughout the year, we designed and developed a dedicated website for people to find out more about Marsovin’s history, all year round.
In addition to that, Marsovin social media accounts will keep on marking this milestone with tailored content, covering different elements of these past hundred years.
From the strategic choice of touchpoints to the creative process and final delivery, this project was definitely a unique toast to a top Maltese brand with a passion for the culture of wine.

This professional campaign titled 'A century of winemaking' was published in Malta in July, 2019. It was created for the brand: Marsovin, by ad agency: BRND WGN. This Design medium campaign is related to the Alcoholic Drinks industry and contains 5 media assets. It was submitted over 3 years ago.

It's about time - Home Loan Campaign

The Dance, The Birth of the Tap

Together for the journey