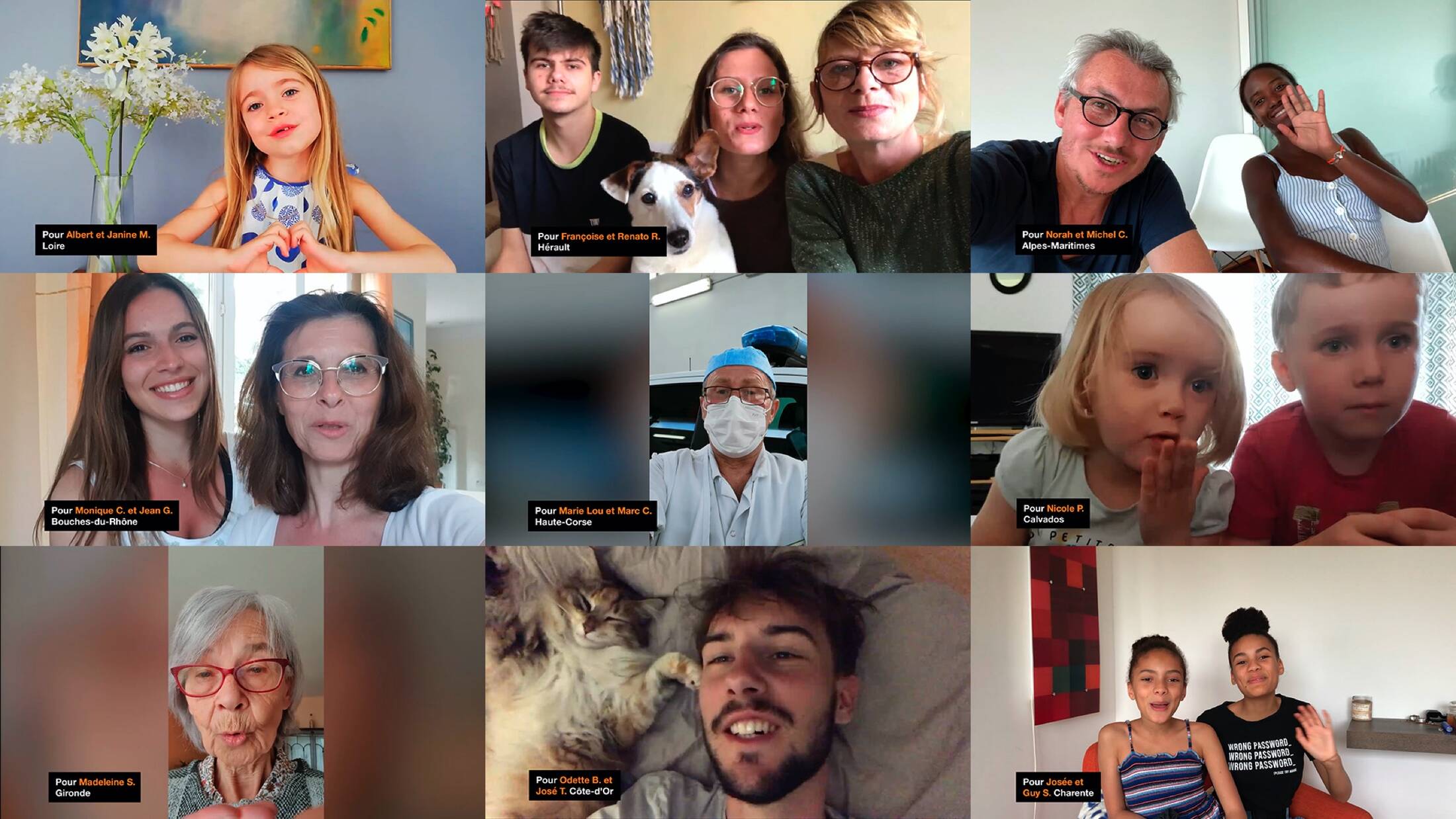 Orange launches #OnResteEnsemble (WeStayTogether) operation to allow seniors in France to continue to see their loved ones via its advertising spots.
As we’ve all seen, keeping in touch has become more important than ever during the lockdown. Our smartphones and computers have never played a bigger role. Every day, millions of people around the world log in to Zoom, Skype, Hangouts and other applications to see their loved ones - to reassure them, offer support, and maintain life as normally as possible. But for many, that’s not so easy, particularly for seniors. As the most susceptible group, they’re also likely to be most affected by the isolation brought on by lockdowns, in house arrest and deprived of all contact, for their own safety. That’s why Orange, the leading telephone operator in France, decided to offer ad space to French people so they can share messages with their elders, directly on television. Because if there’s one thing almost all our parents and grandparents have, it’s a TV.
Orange, in collaboration with agency la chose, gives another dimension to its signature "Bringing you closer to the essential" because right now, offering people the opportunity to share messages with their elderly relatives is not only essential, but almost vital. Orange is aware that senior citizens are still too often exposed to digital exclusion, whether through lack of knowledge or lack of equipment. To give you an idea, here are a few quick stats in France:
- 17% of seniors don’t own a mobile phone
- 25% don’t have a computer
- 52% do not have smartphones *
* according to a BVA study with a representative sample of the French population – 2019.
Based on the observation that seniors in France spend an average of nearly 8 hours per day in front of TV (according to a 2019 Nielsen Study), Orange developed an online platform that enables everyone, whether or not they are a customer, to pass along a message to their parents, grandparents or friends through advertisements on their favorite programs.

This professional campaign titled '#OnResteEnsemble' was published in France in April, 2020. It was created for the brand: Orange, by ad agency: La Chose. This Film medium campaign is related to the Electronics, Technology and Public Interest, NGO industries and contains 3 media assets. It was submitted almost 3 years ago.

Together season is finally back