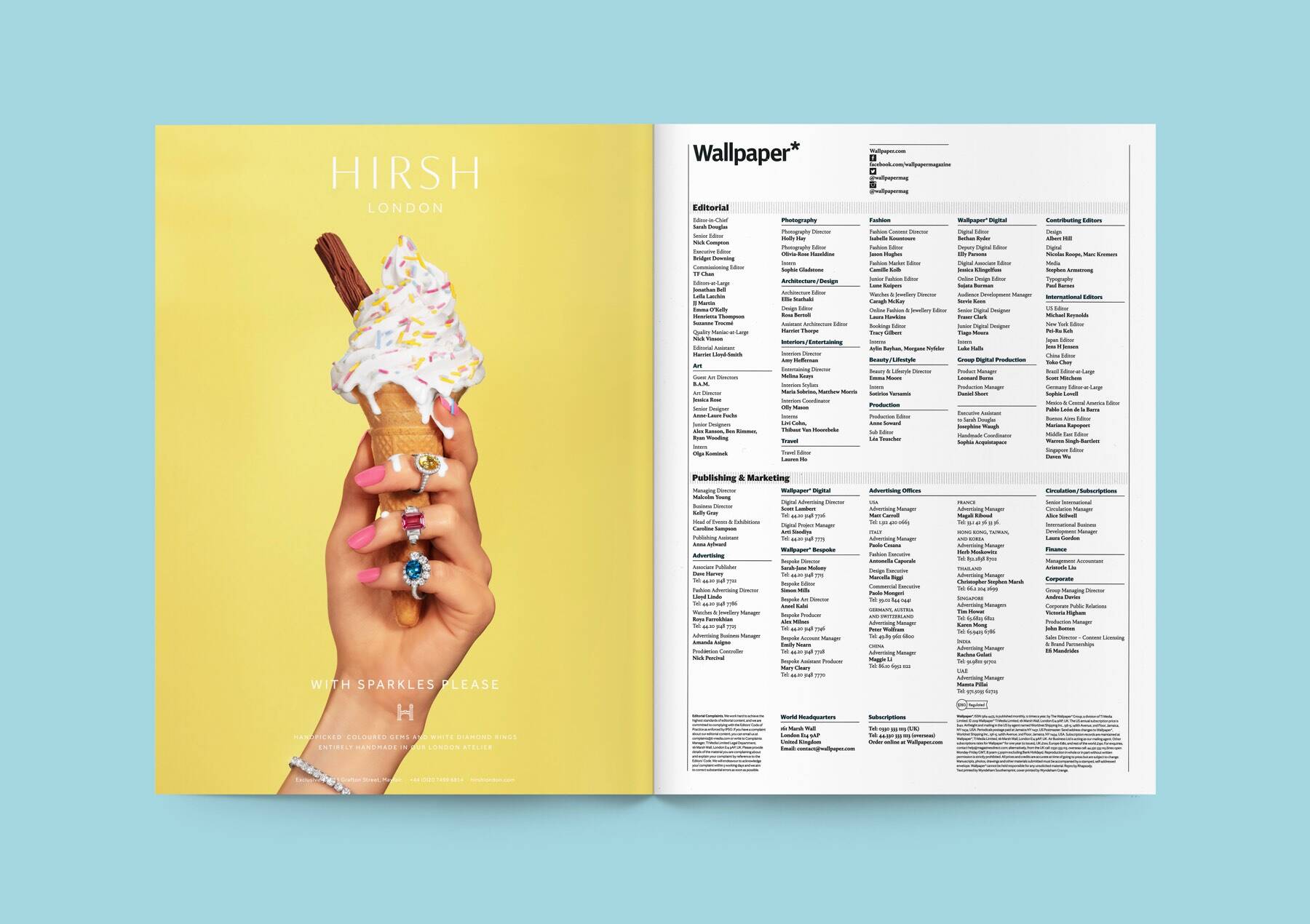 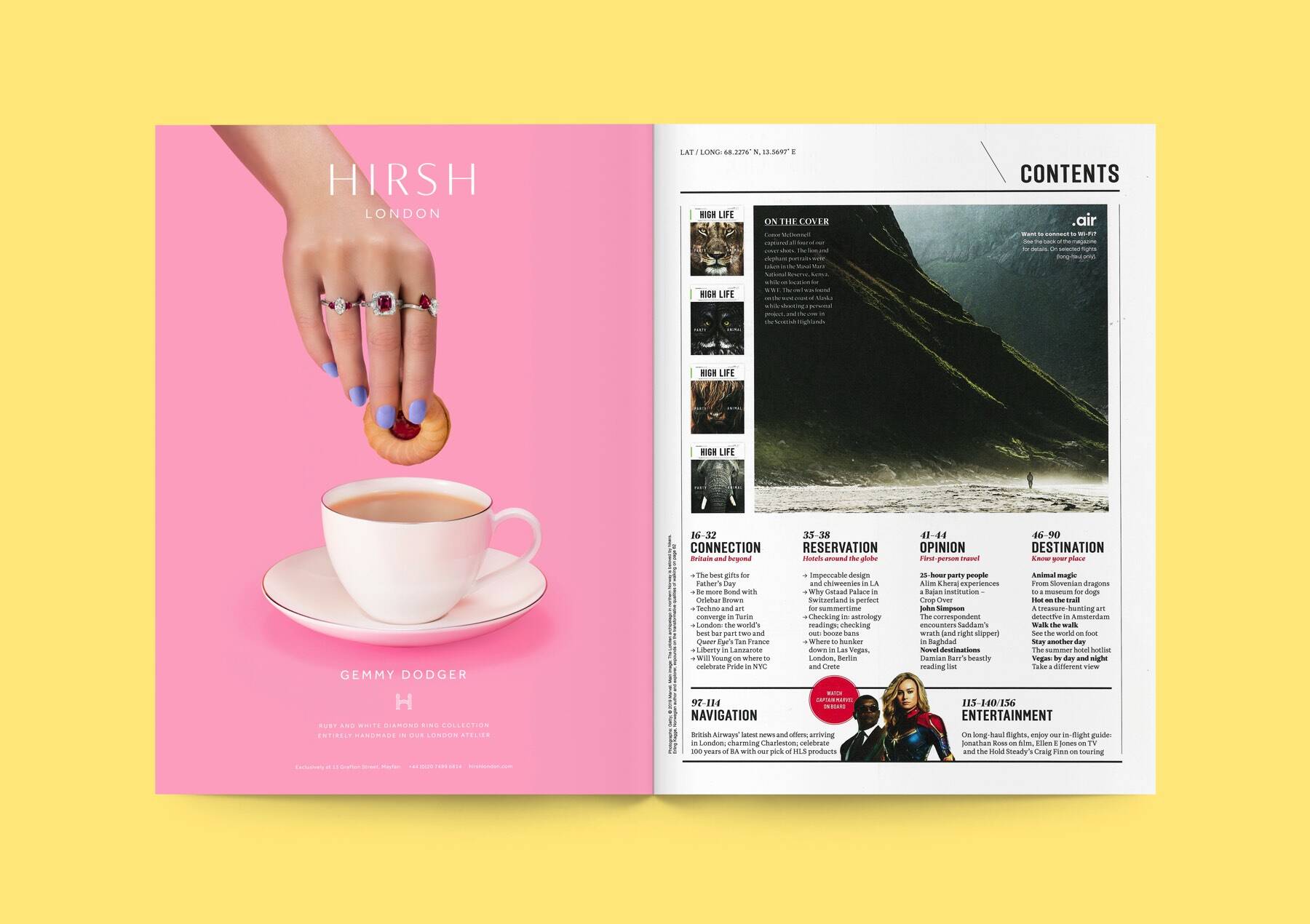 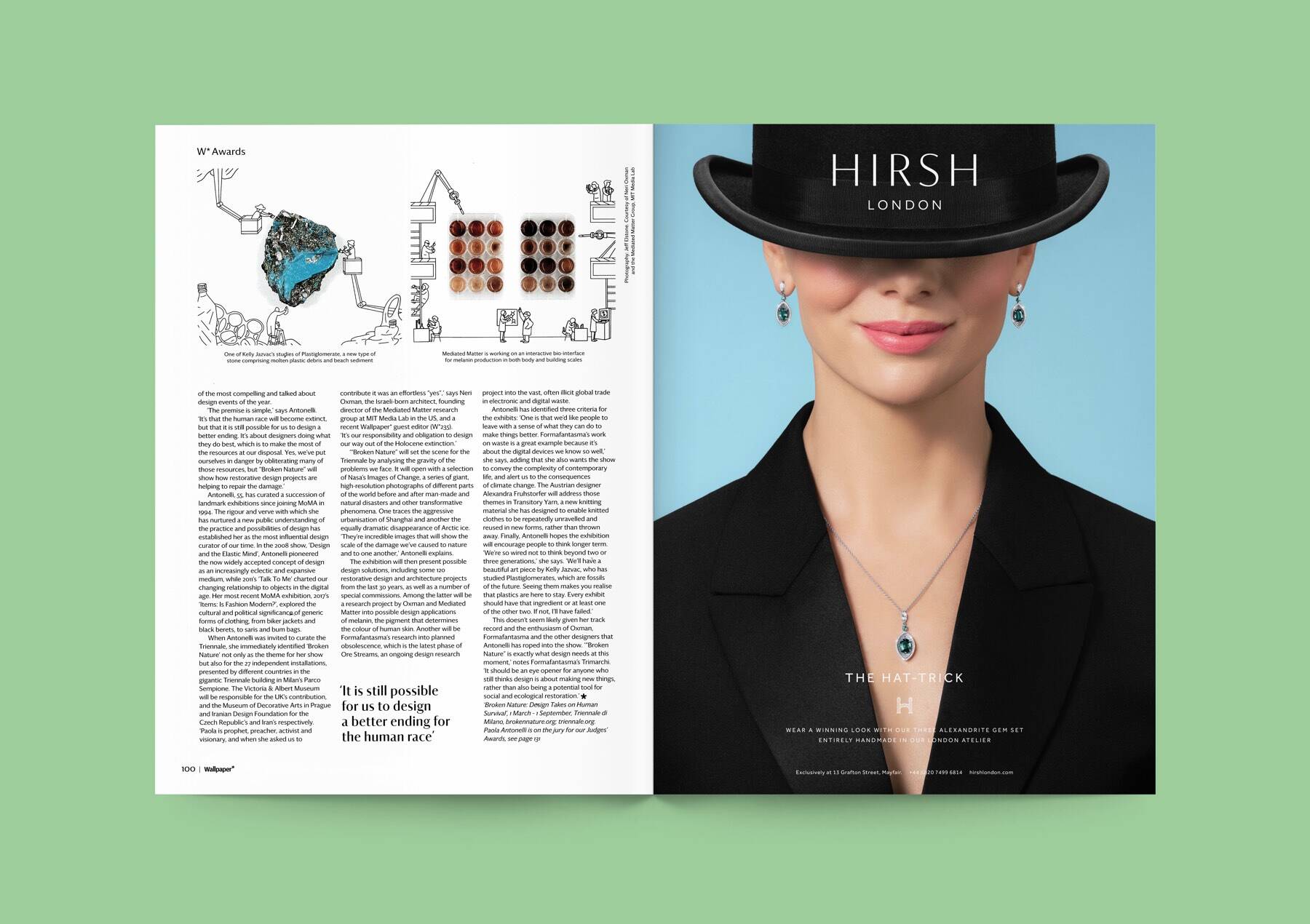 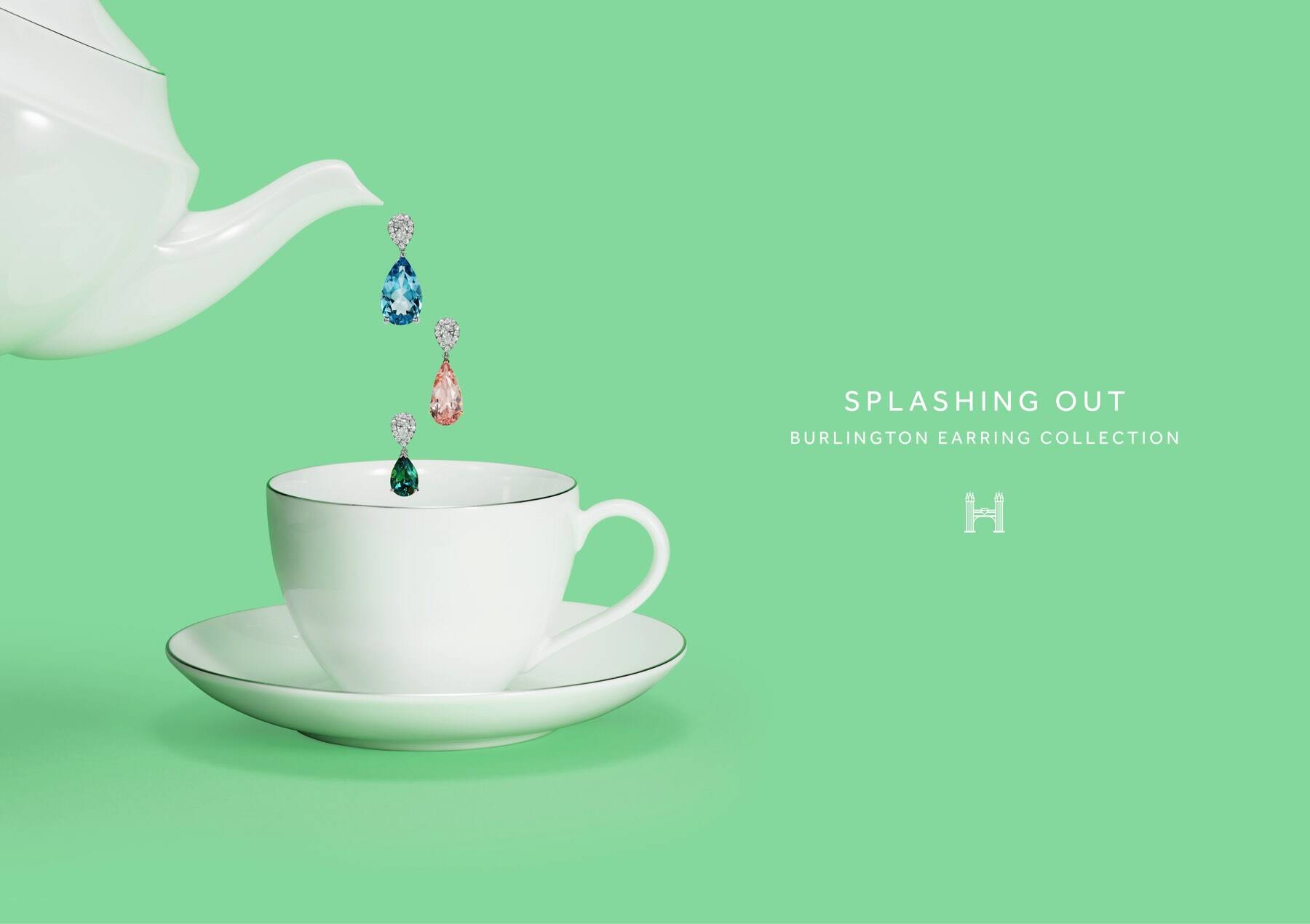 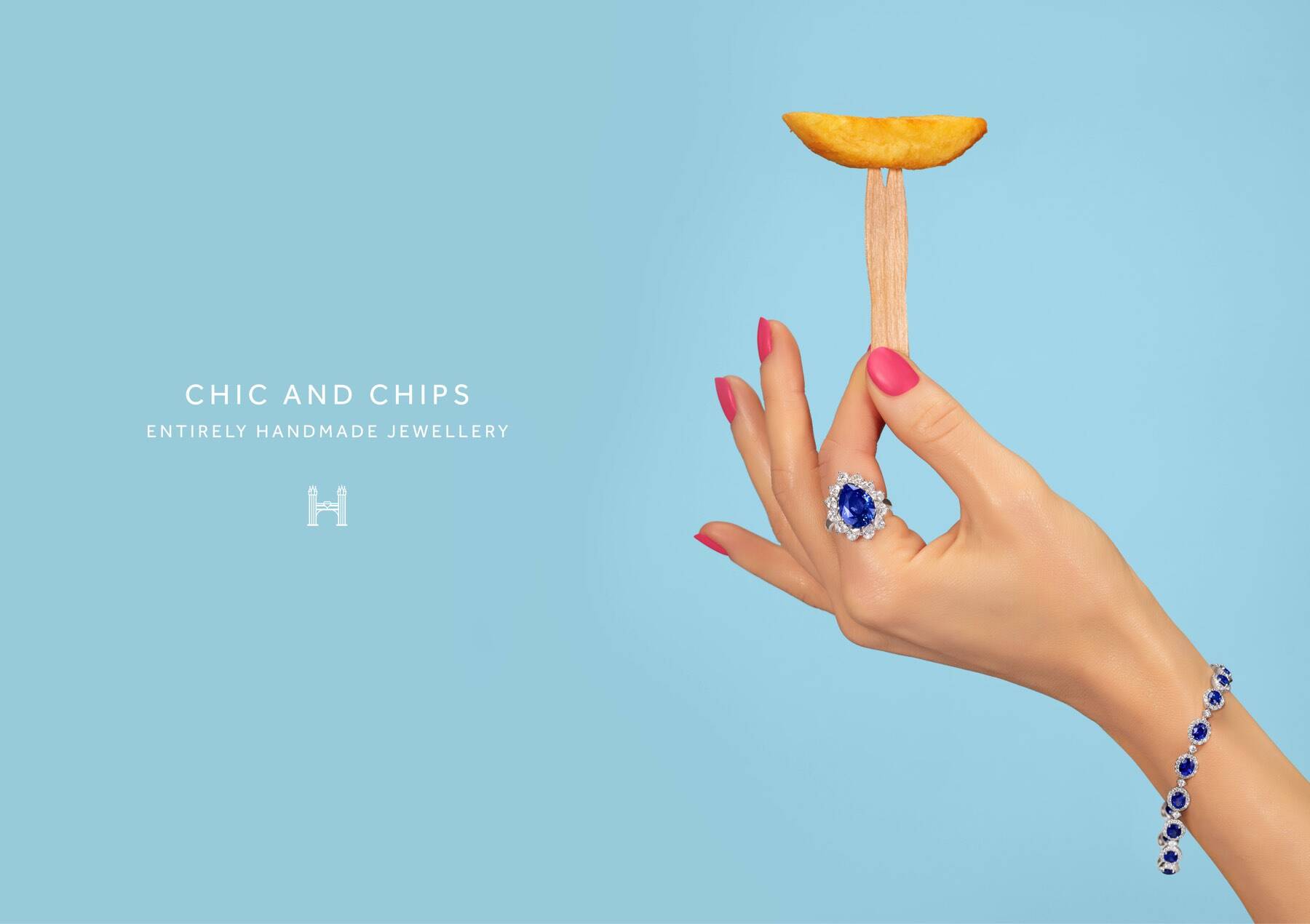 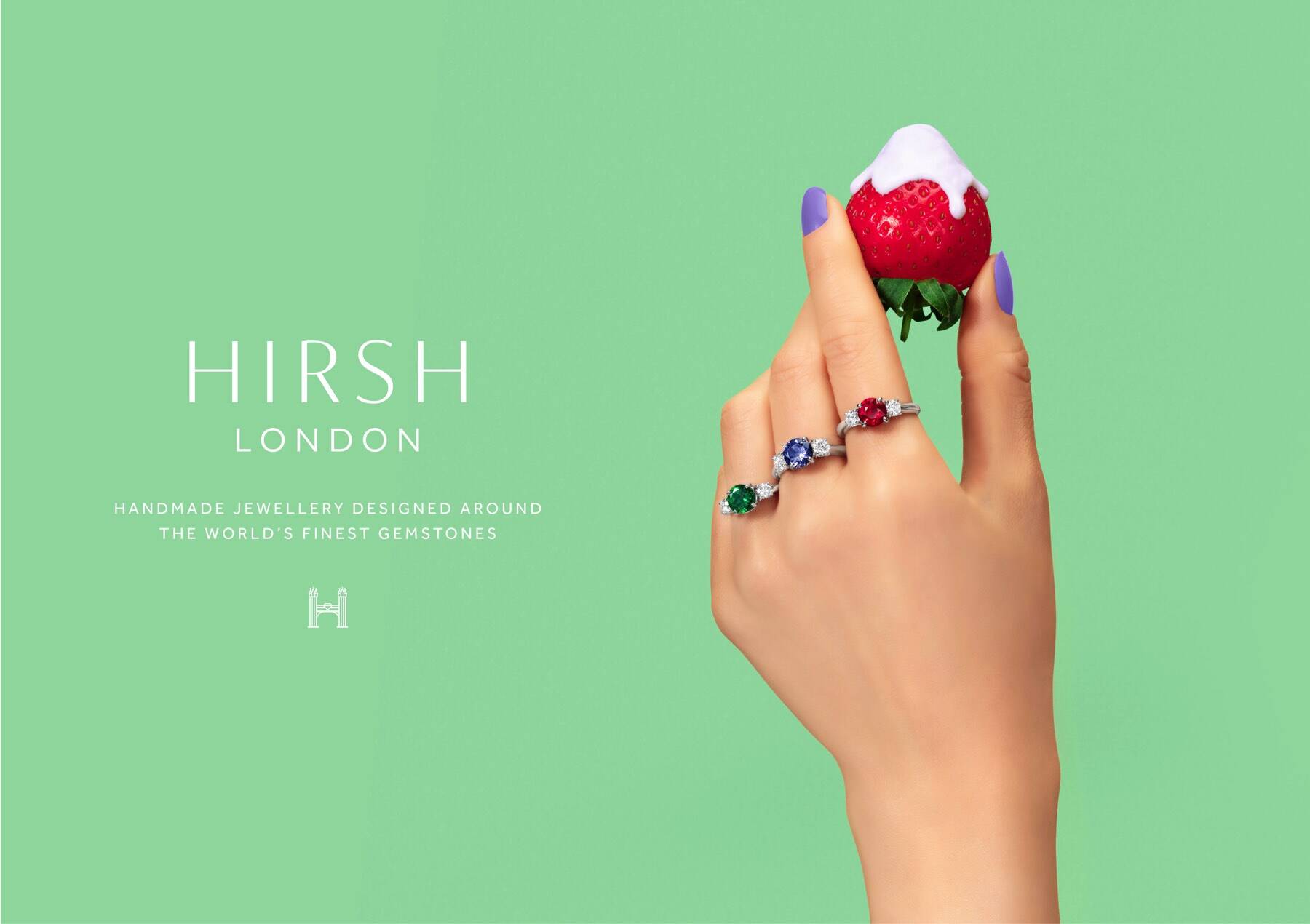 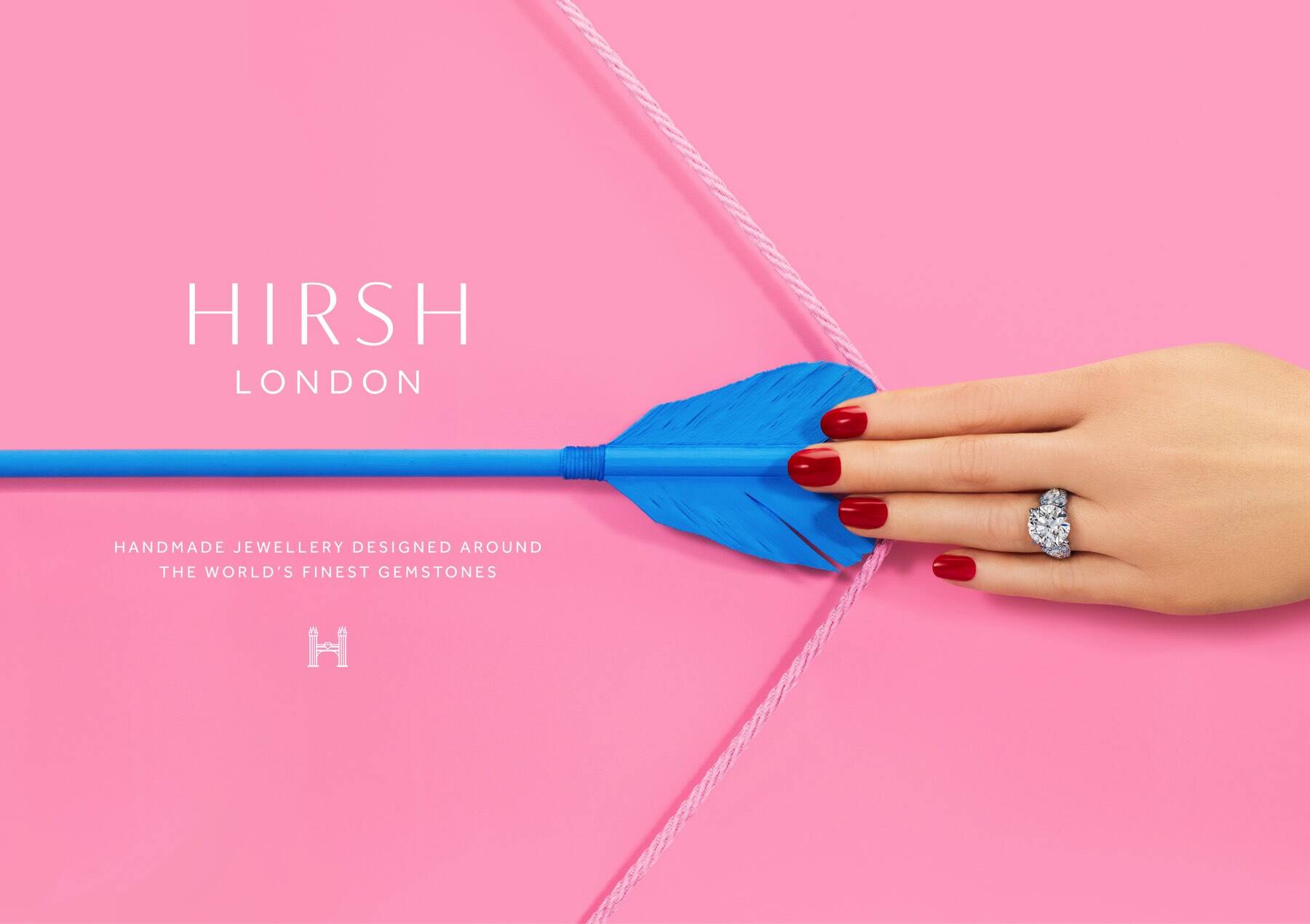 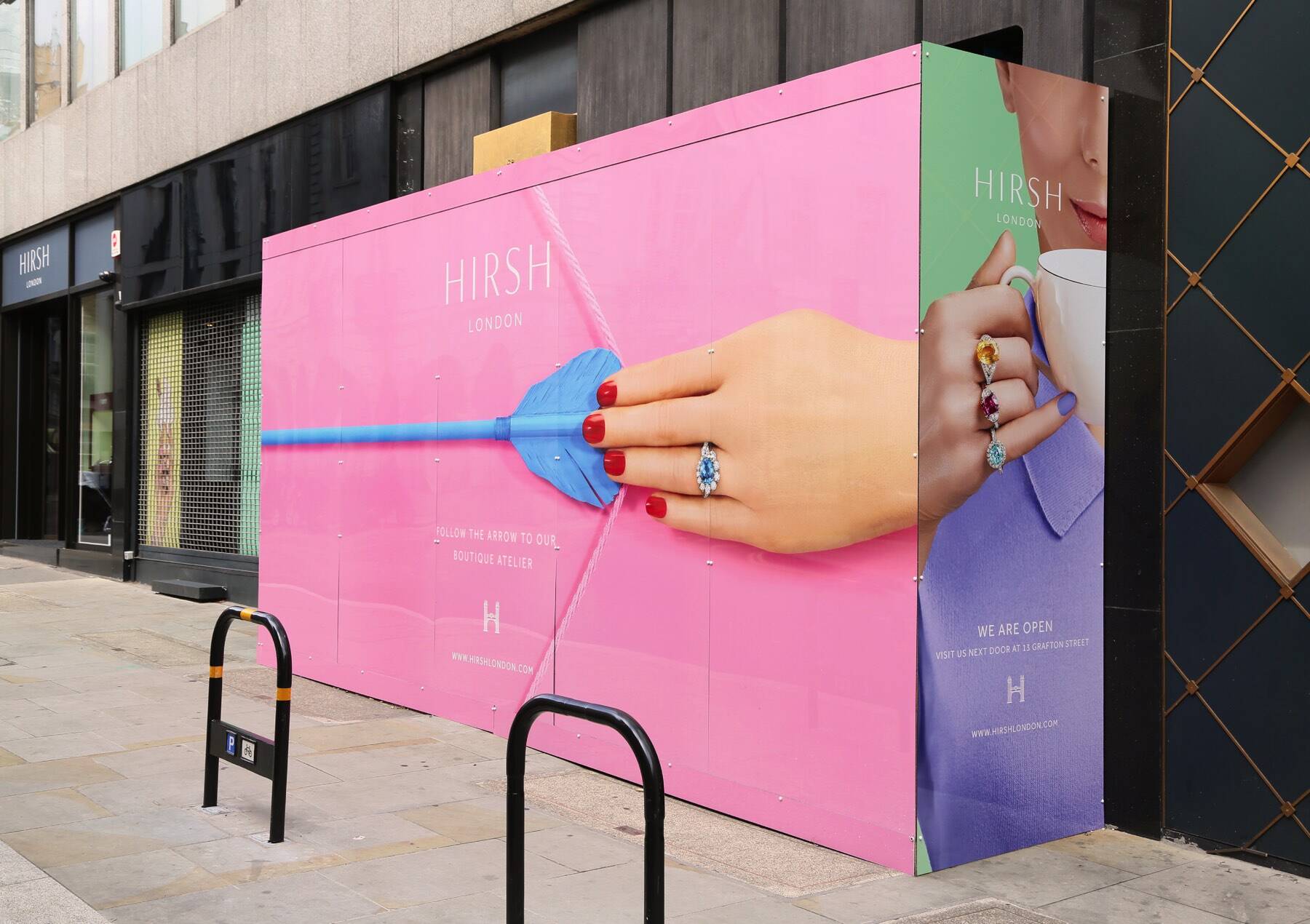 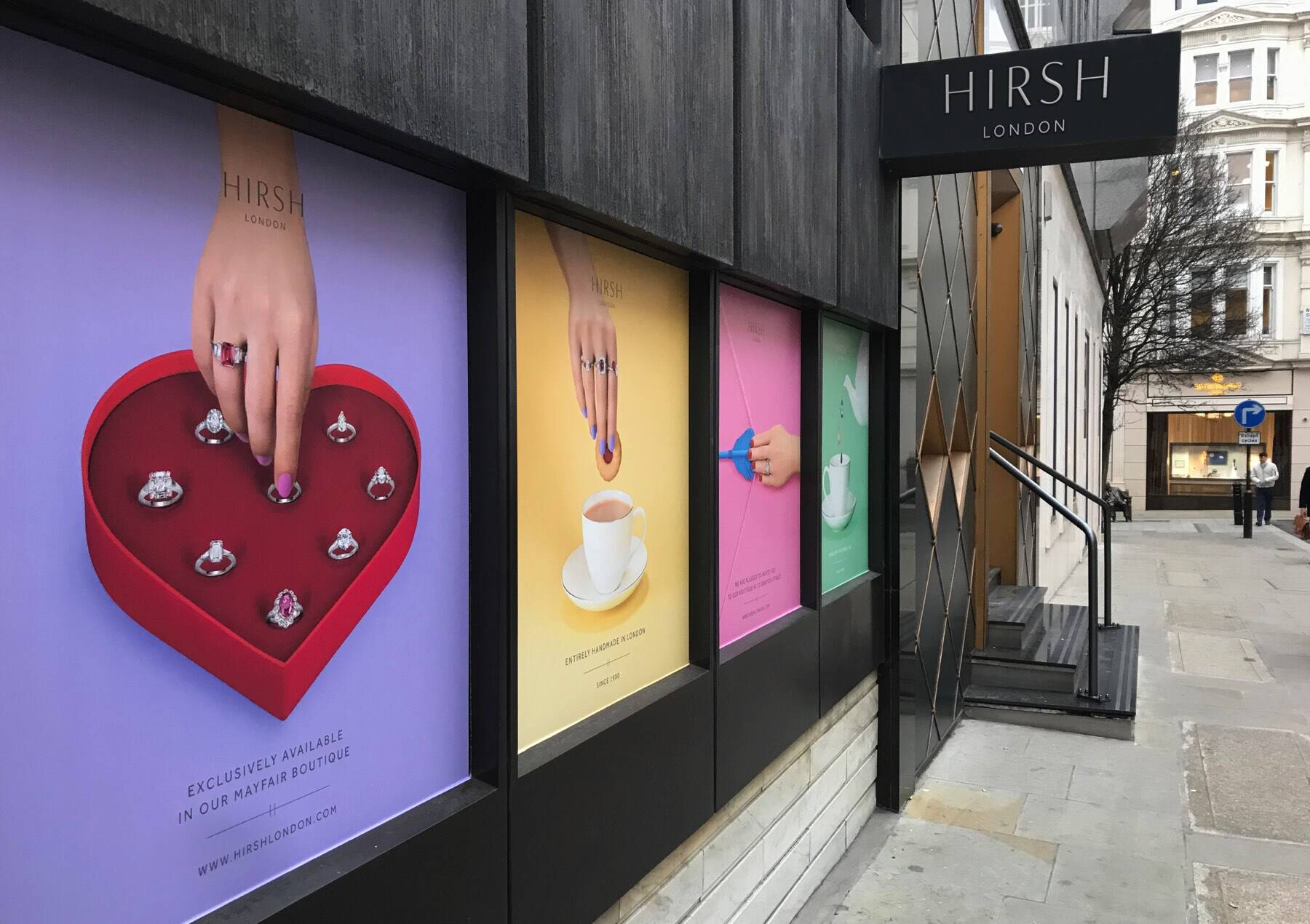 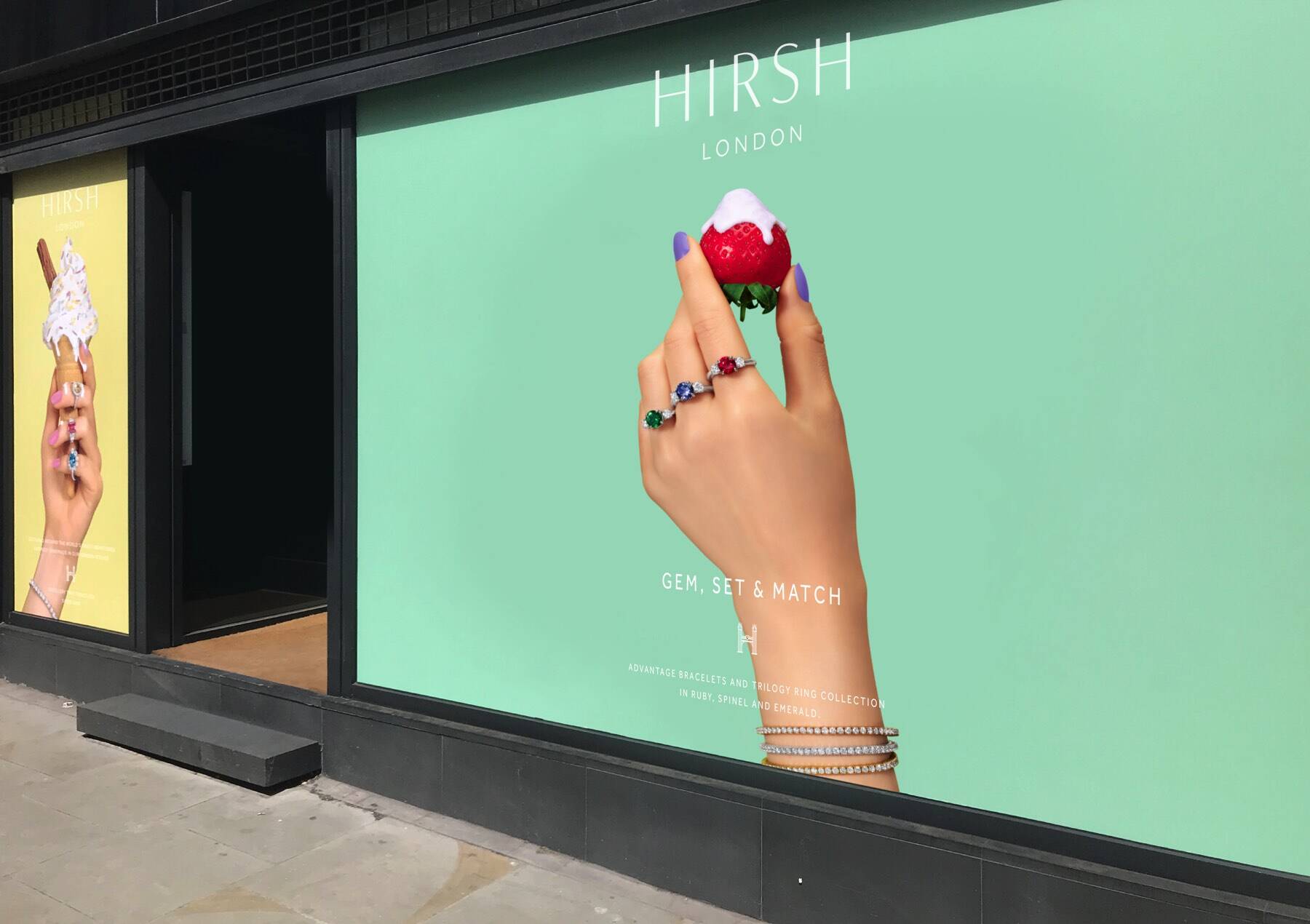 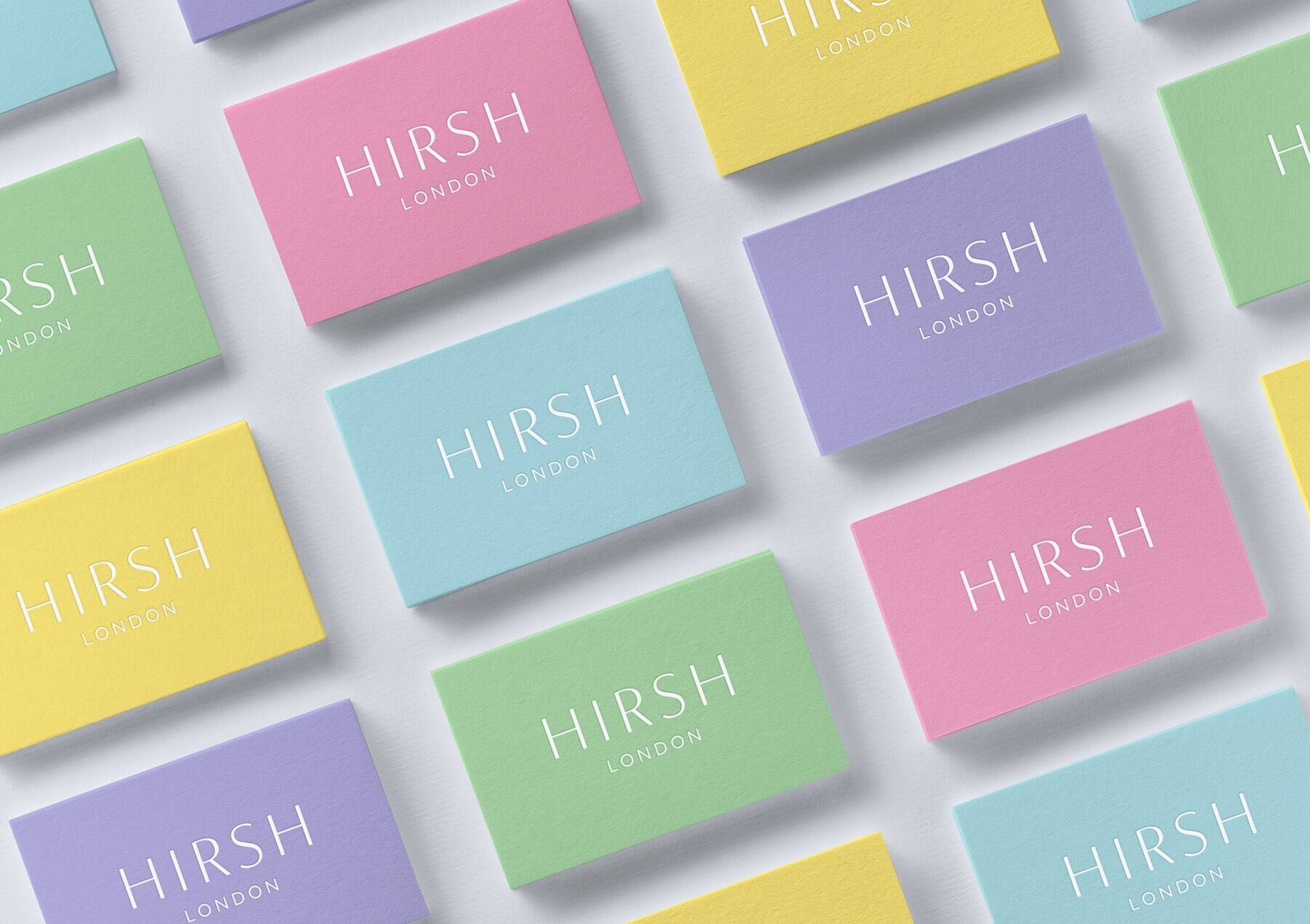 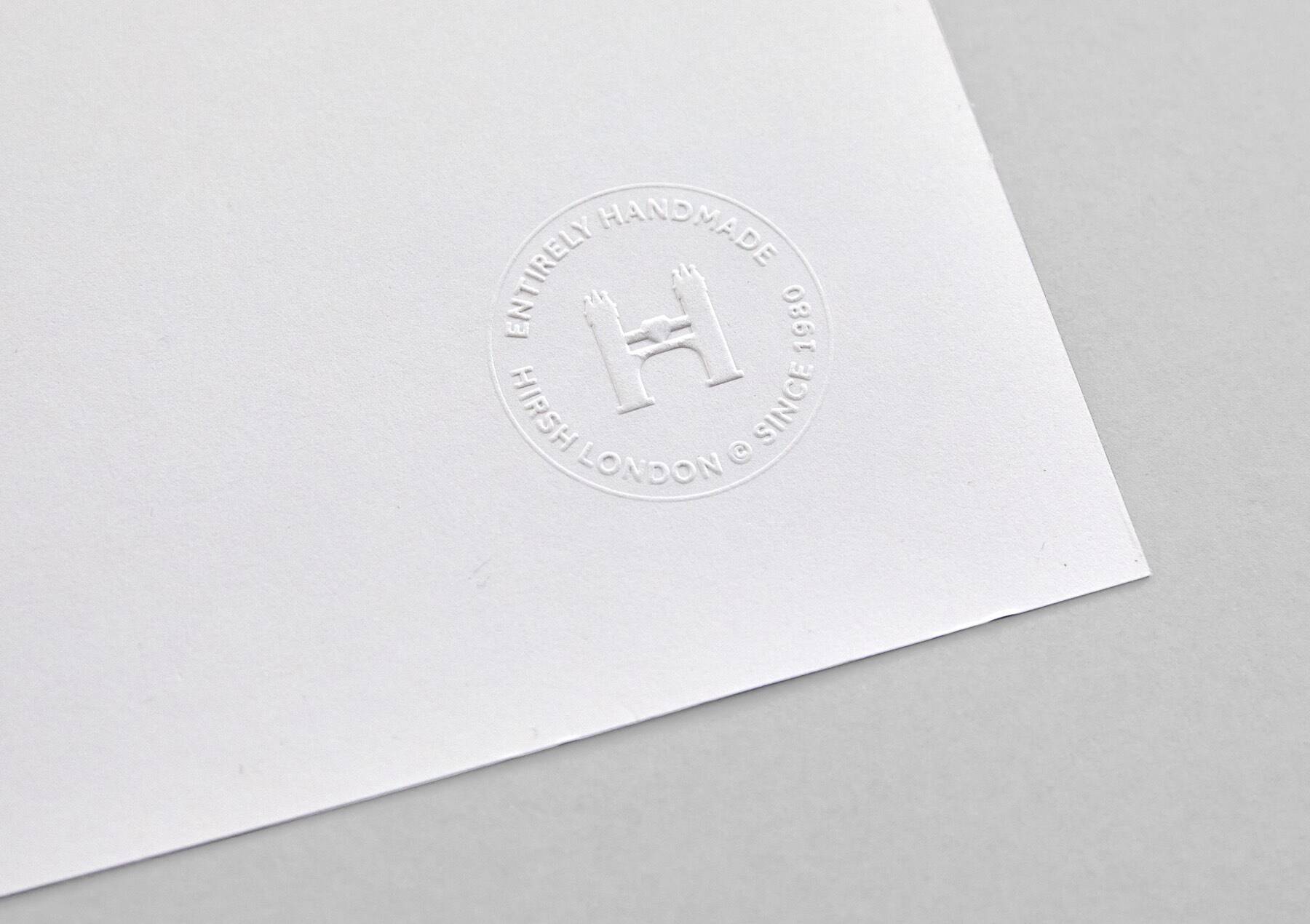 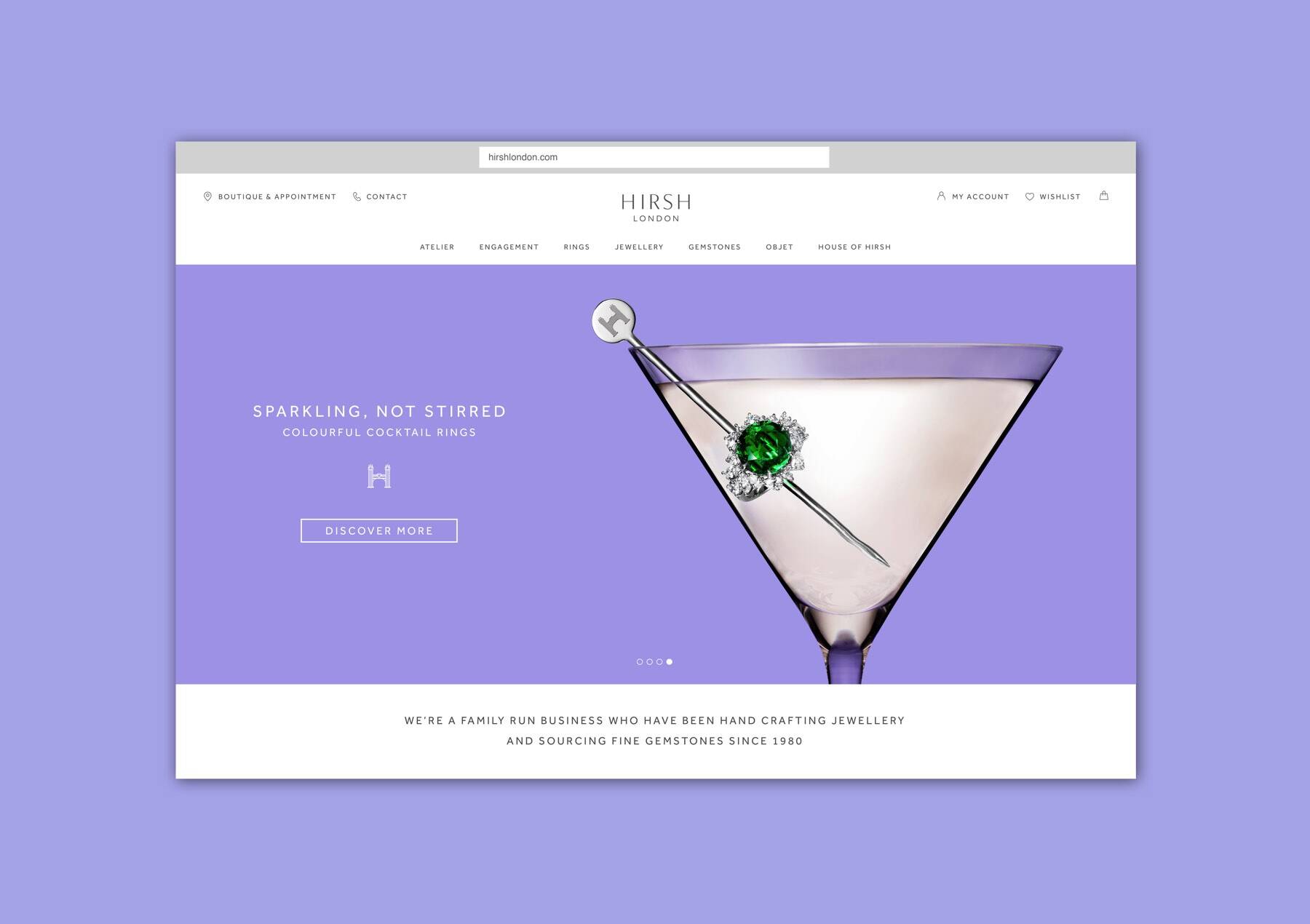 Hirsh London, the Mayfair luxury jewellery house, has launched a new brand identity ahead of its 40th anniversary in 2020, created by Williams Murray Hamm (WMH).
Founded in 1980 by Anthony and Diane Hirsh, today the business is run by their son Jason Hirsh and his wife Sophia, who have grown the brand into a thriving company that is anchored in the heritage of London jewellery houses, combined with wit, technical innovation and contemporary appeal.
WMH was appointed to created a strong, bold and clearly defined brand identity and campaign to capture the attitude and quintessential Britishness of the business through completely new creative work across print, environment, and digital platforms.
Hirsh London is one of the capital’s most respected jewellery boutiques. Its speciality lies in its large variety of rare, unusual, natural coloured gemstones which Jason and Sophia Hirsh go to extraordinary lengths to source. Each of their one-of-a-kind pieces are designed around a central gem and entirely handmade in the brand’s London atelier.
Hirsh London has been championing natural coloured gemstones for forty years and is now at the forefront of a movement towards bolder, more colourful designs, particularly in the engagement ring market. This, alongside their personalised service and exquisitely handcrafted bespoke designs, has established them as the leading authority on rare and unusual jewellery.
WMH was introduced to Hirsh by a former client and won the project through a chemistry meeting and subsequent competitive proposal. Its creative input stretches across advertising in European and Chinese markets, and a new brand identity across packaging, website and collateral.
Garrick Hamm, WMH’s Creative Director, says “Hirsh London designs and produces the most exquisite and joyous jewellery using natural coloured stones.
They are immensely creative and have a wonderful Britishness to them. Our new brand campaign captures their spirit at the same time as giving them visibility and cut-through in a sea of mainstream, luxury jewellery sameness”.
“We were impressed with the creative direction that WMH took. They understood the very personal nature of our business, the care we put into selecting each of our gemstones, and our commitment to excellence in craftsmanship. We also liked their ethos of working with one company in each industry, rather than specialising in one sector.
This has enabled them to come up with a fresh approach in fine jewellery marketing, which we are confident will carry our business forward as it continues to grow into one of London’s most respected jewellery houses.” Sophia Hirsh, Managing Director, Hirsh London.

This professional campaign titled 'Identity' was published in United Kingdom in October, 2019. It was created for the brand: Hirsch, by ad agency: Williams Murray Hamm. This Design medium campaign is related to the Personal Accessories industry and contains 14 media assets. It was submitted about 3 years ago. 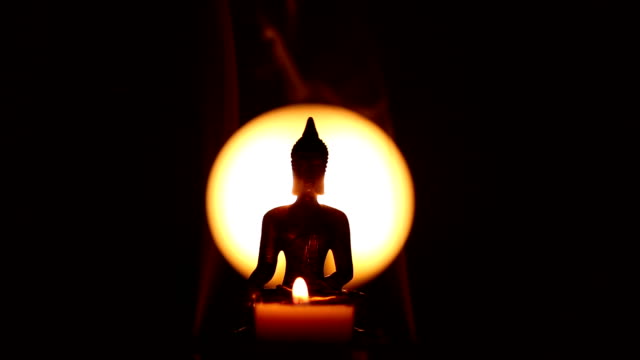 Buddha statue with candle and la... 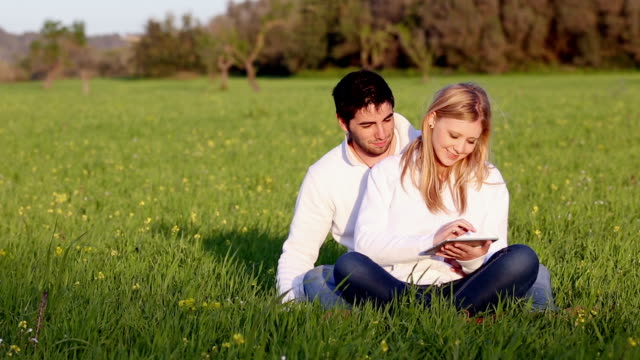 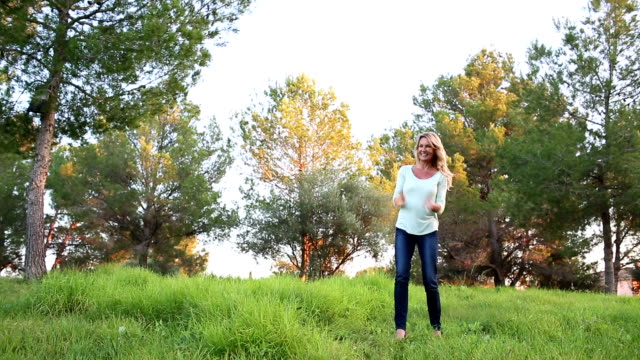 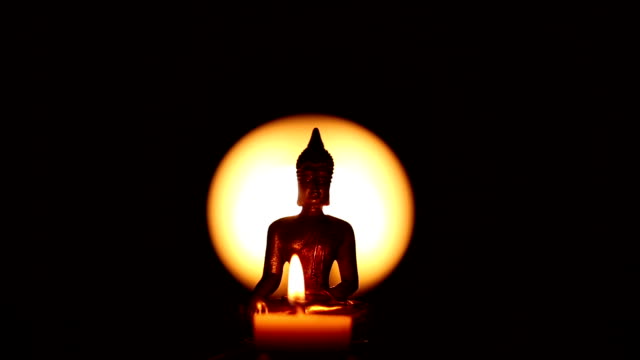 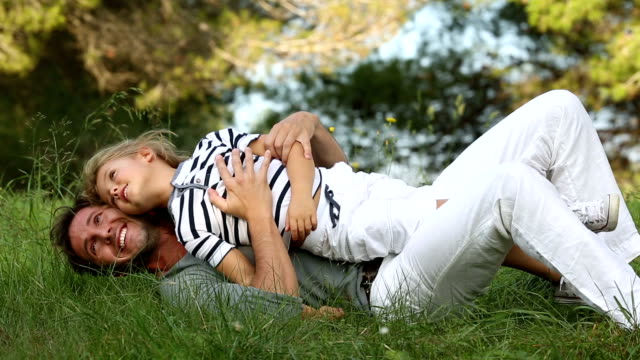 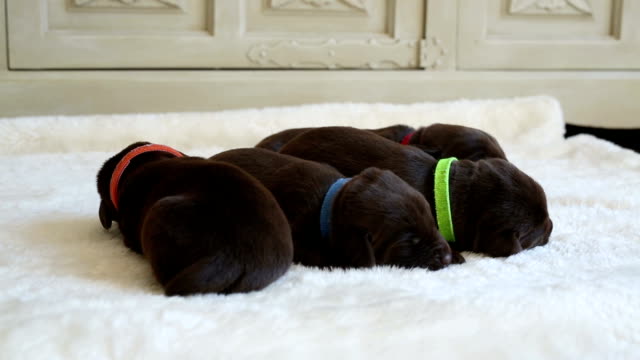