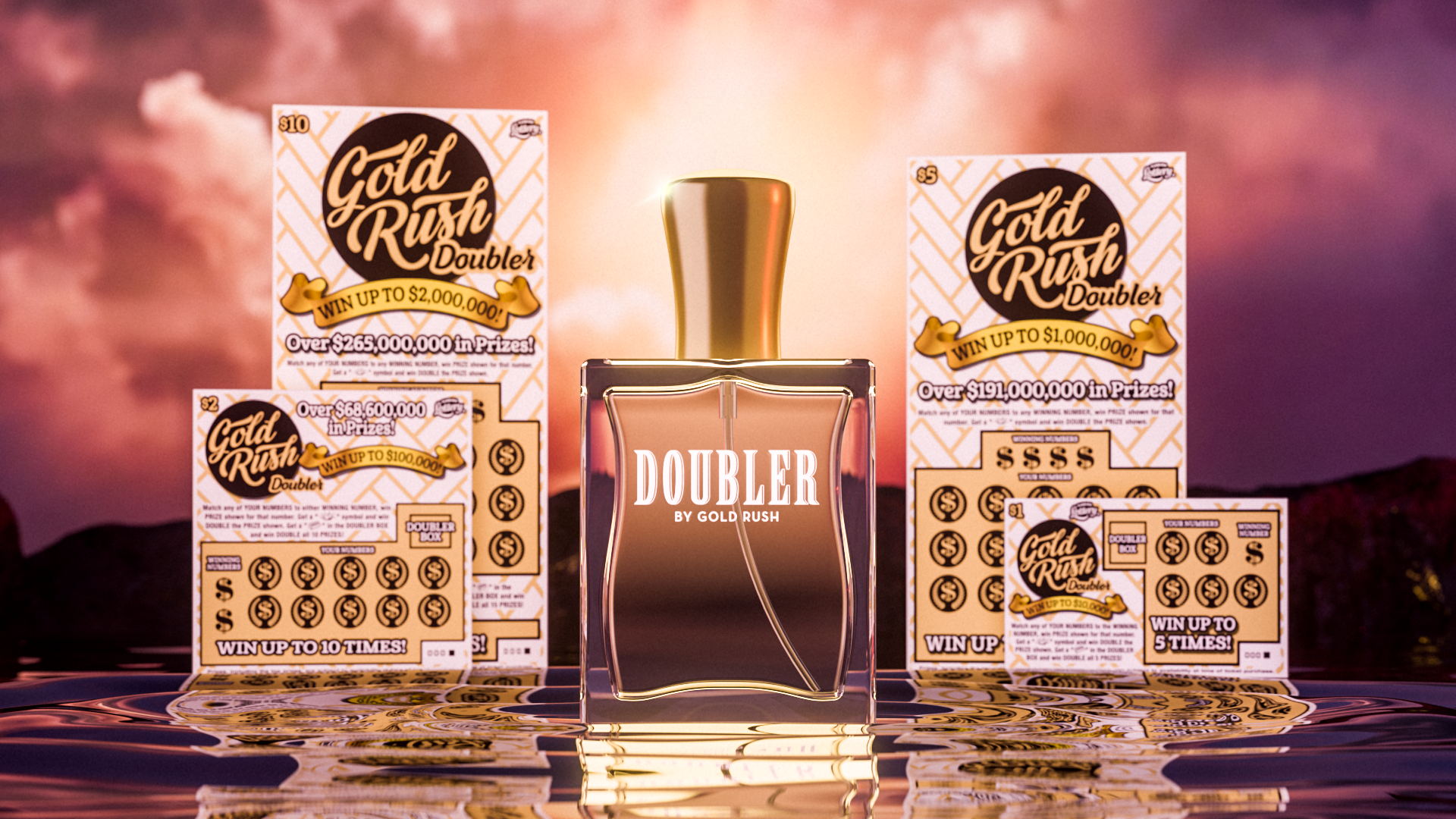 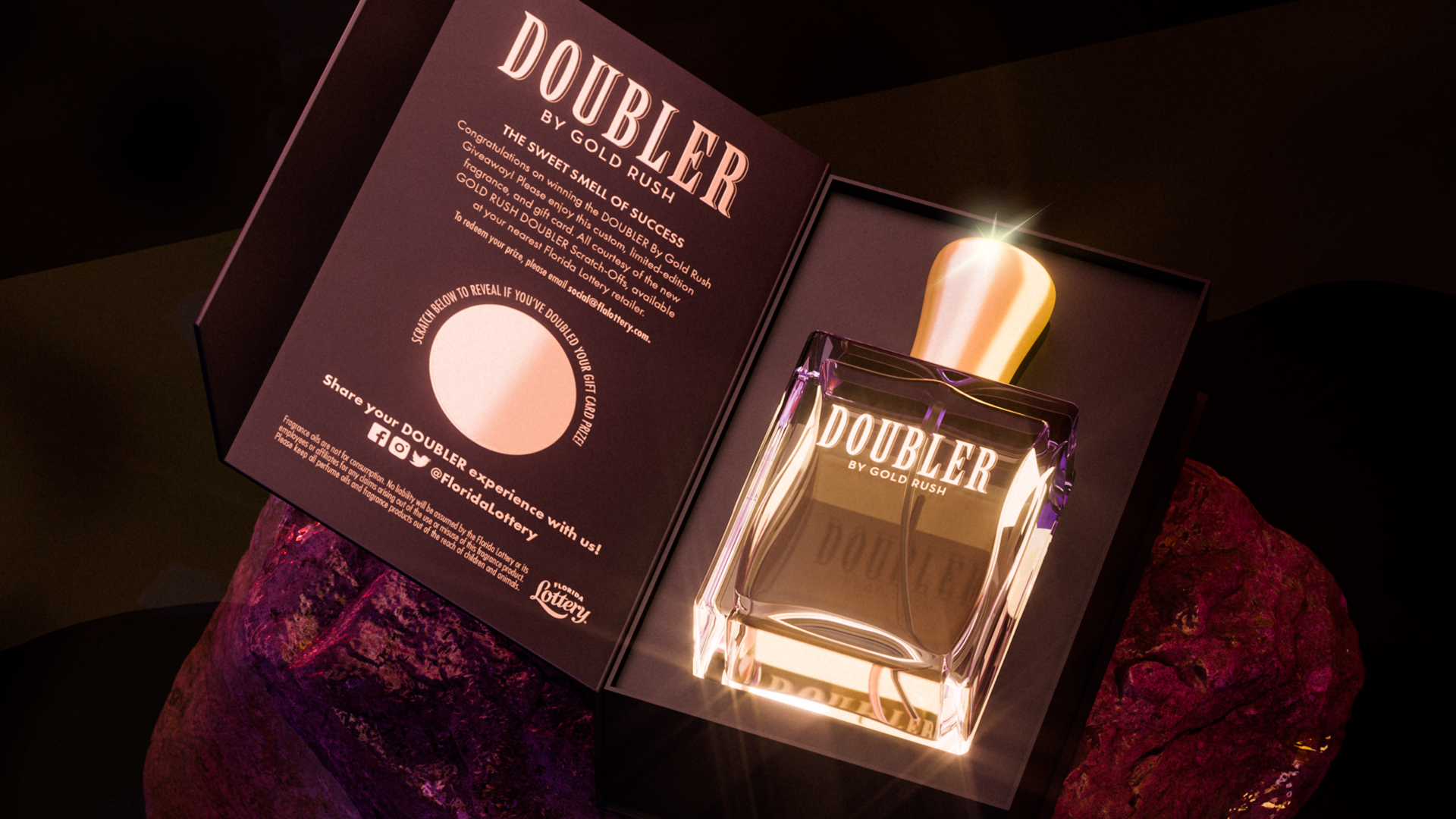 The Florida Lottery’s GOLD RUSH DOUBLER game is a legacy product. It was the first $20 Scratch-Off game debuted from the Florida Lottery in 2004 and quickly became a staple within the Scratch-Off portfolio. The state lottery reinvests 97 percent of its revenue back into Florida's economy through prize payouts, commissions to more than 13,000 Florida retailers and transfers to education.

This year, the Florida Lottery’s AOR, PPK, has developed a custom fragrance coined “DOUBLER by GOLD RUSH” to promote the game with assets reminiscent of an iconic luxury fragrance campaign, touting the “smell of success.”

The fragrance is accompanied by stylish DOUBLER ads that convey the high-end nature of the game and the new “Doubler” attribute with a parody of a classic high-end fragrance campaign. The spot uses an overly-serious surreal environment and over-the-top characters found in other iconic fragrance work.

Radio, TV and OOH launched on Jan. 16, followed by social and digital at the end of the month when the Florida Lottery will run a four week giveaway awarding five winners each week the special fragrance. The giveaway winners will be instructed to share photos of their fragrance on social media and “Apply The Fragrance Before Scratching” the Doubler Box. Each DOUBLER by GOLD RUSH bottle will come with a Gift Card giveaway prize, plus the winners will be able to scratch off the Doubler Box for a chance to double their gift card winnings, similar to the legendary scratch-off! All winners are randomly selected and are required to meet the terms and conditions.

This professional campaign titled 'Gold Rush Doubler' was published in United States in January, 2023. It was created for the brand: The Florida Lottery, by ad agency: PPK. This Experiential and Integrated media campaign is related to the Gambling industry and contains 3 media assets. It was submitted 2 days ago.

Pick Games - Winners by the Bunch