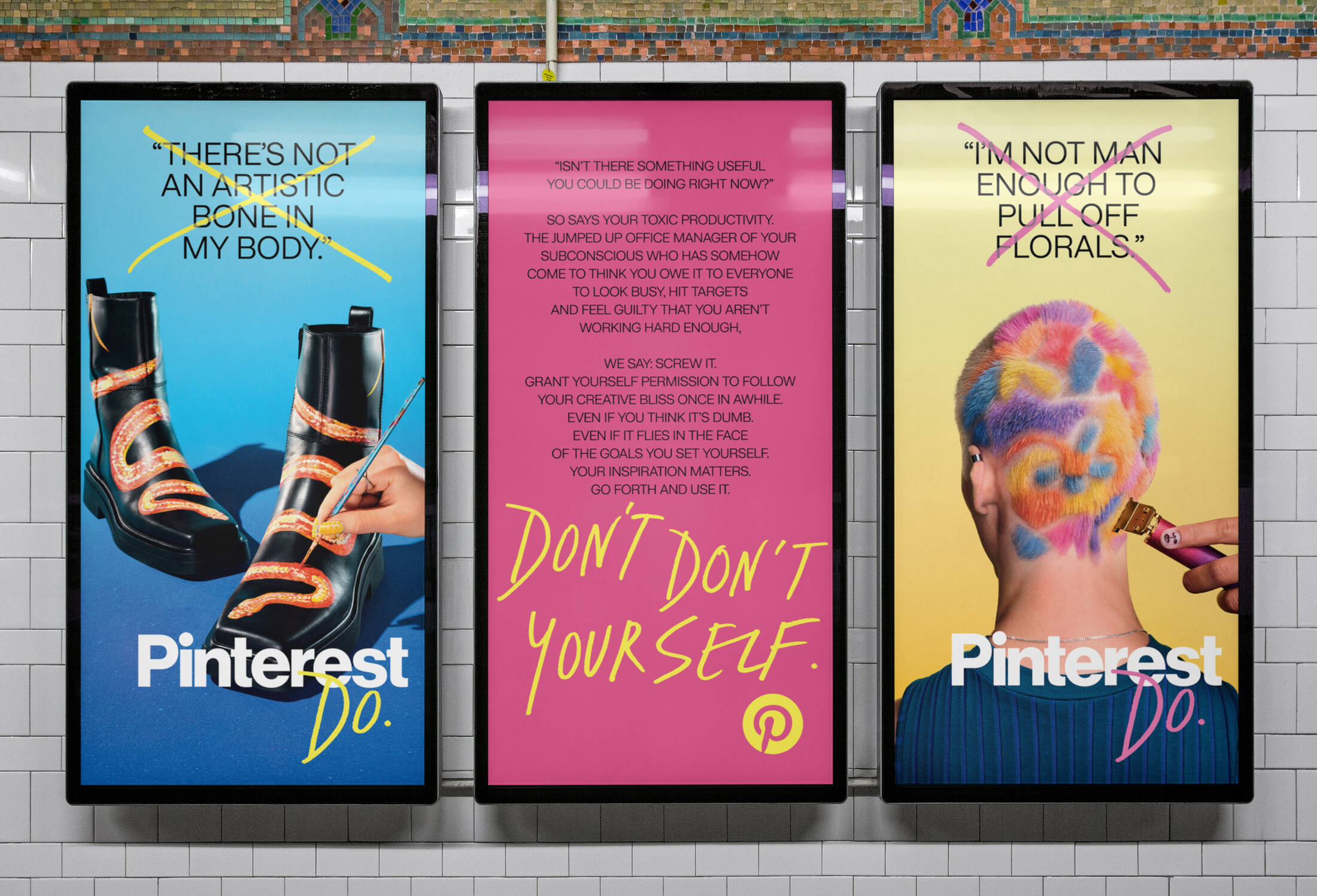 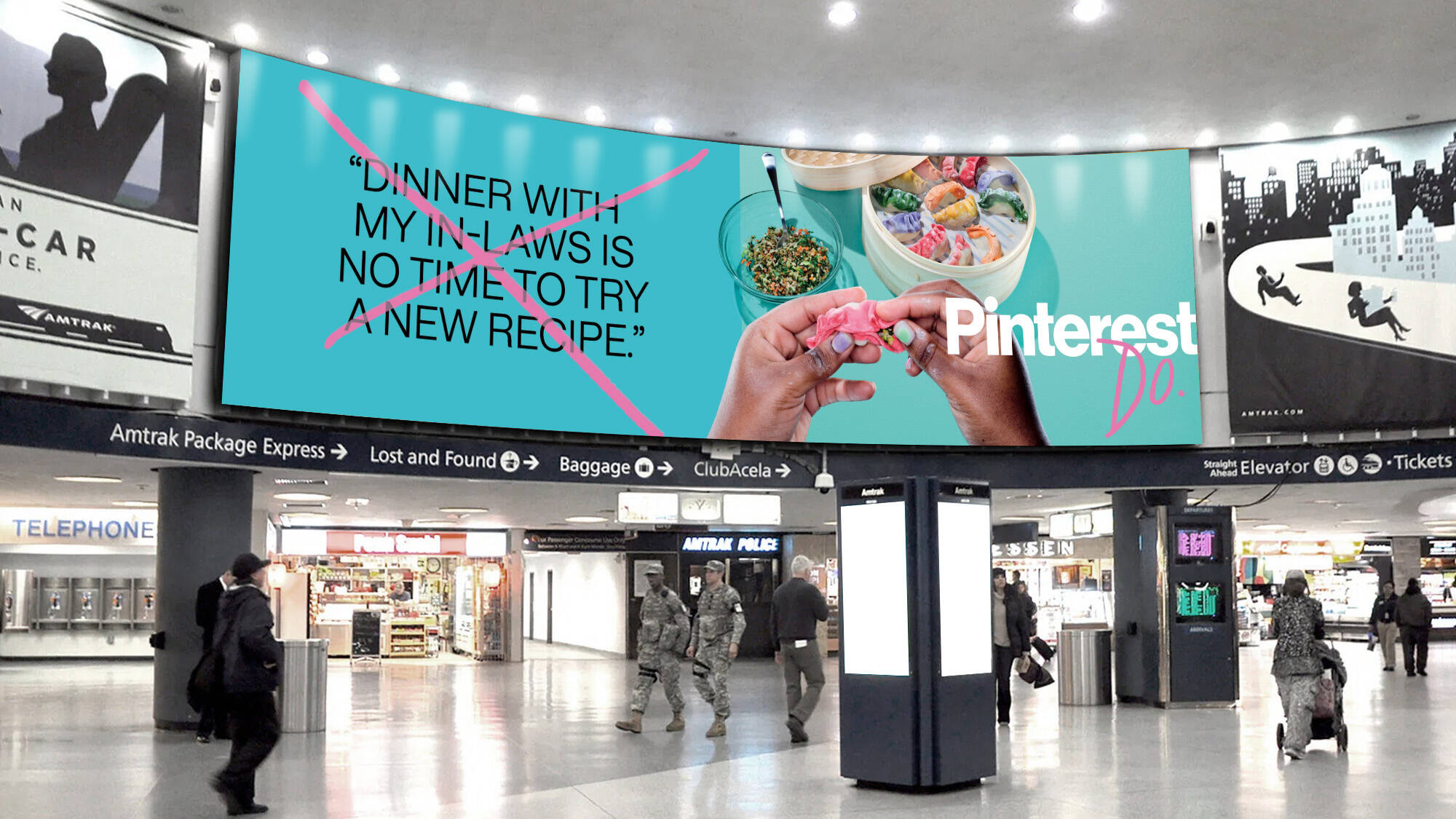 Pinterest has launched an integrated brand campaign, ‘Don’t Don’t Yourself’, which aims to expose the things in the world that make us doubt ourselves a promote Pinterest as the antidote to doubt. The campaign kicks off today in the UK, US and Germany. Developed in partnership with UK creative studio, Uncommon Creative Studio, the campaign introduces Pinterest as the inspiring anti-don’t where people go to do. The complementary media strategy was developed in partnership with global media agency Mediahub.

The integrated campaign features five films that will run across TV, cinema and streaming platforms. The single-take cinematic films were shot by award-winning director Kim Gehrig. The film series showcases five different saboteurs from “Inner Critic” to “Fear of Failure” to “Doomscrolling,” and explains how Pinterest helps people overcome them and get on with creating a life they love, through the simple act of doing. You can see the films here.

The campaign also includes an evocative series of OOH, digital ads and made-for-social films that highlight the “don’ts” our saboteurs tell us while showing the power of Pinterest to help people overcome them. The OOK ads will run at key locations in the UK, US and Germany, including Waterloo Station in London, and Penn Station in New York.

The campaign will also include media partnerships that springboard off cultural moments, championing the role of creators in overcoming our don’ts and finding our do’s.

“We spend up to half of our waking time online, but more than ever, people say being online makes them feel disconnected from themselves and their interests,” said Pinterest CMO, Andréa Mallard. “Our latest campaign highlights how Pinterest is a different side of the internet, where you can focus more on doing and less on viewing, where you can find what you love and forget about likes and where you can plan your life and try something new, free of judgment.

In the run up to World Mental Health Day on 10 October, Pinterest is also showcasing a live, interactive installation in New York that takes on one of those inner saboteurs, “Escape the Doomscroll.” The event for takes place from 7-9 October.

This professional campaign titled '‘Don’t Don’t Yourself’' was published in Germany, United Kingdom, and United States in September, 2022. It was created for the brand: Pinterest, . This Digital, Experiential, and Integrated media campaign is related to the Electronics, Technology, Health, and Media industries and contains 2 media assets. It was submitted 3 months ago.

Make The World See All Beauty