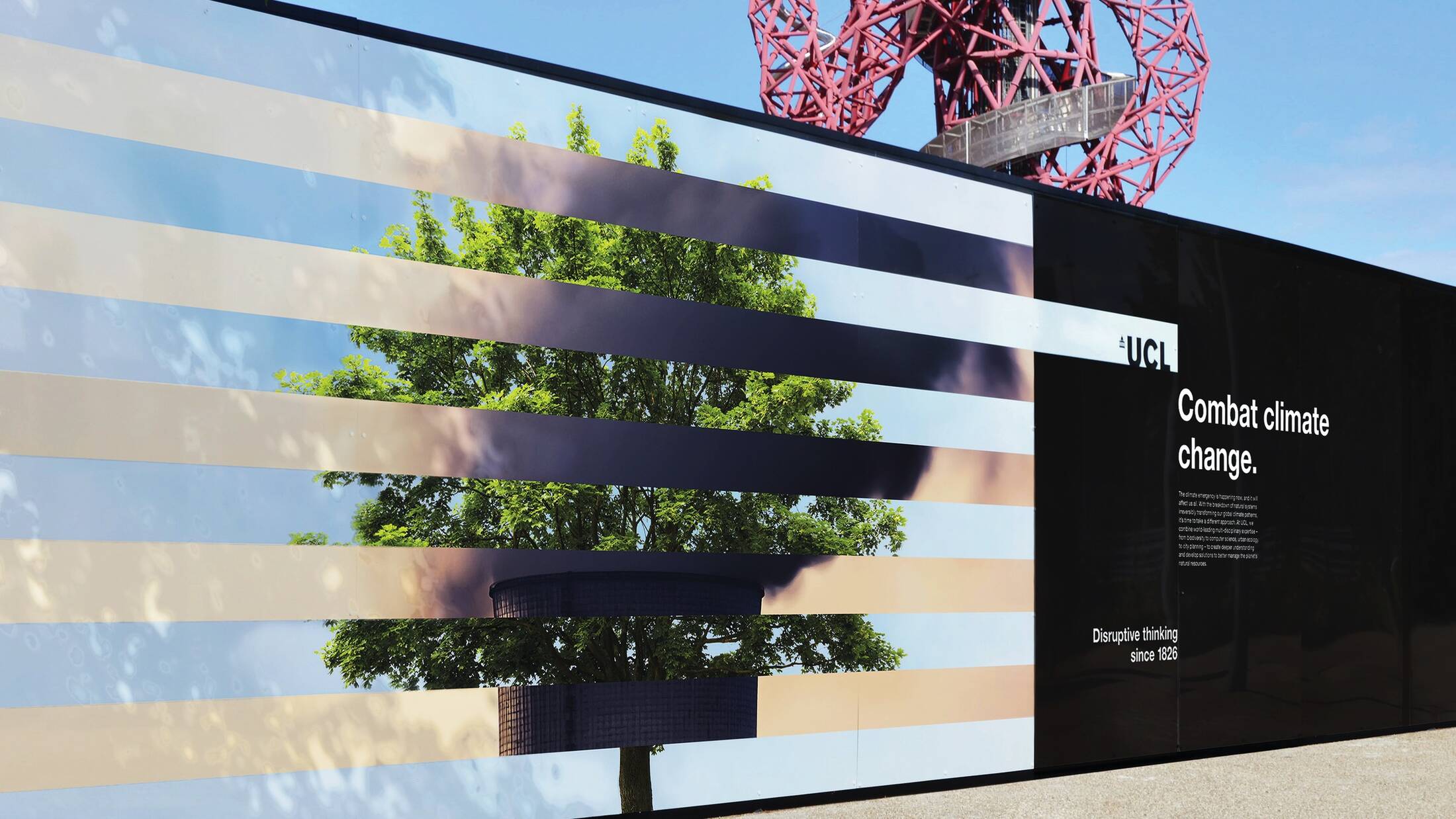 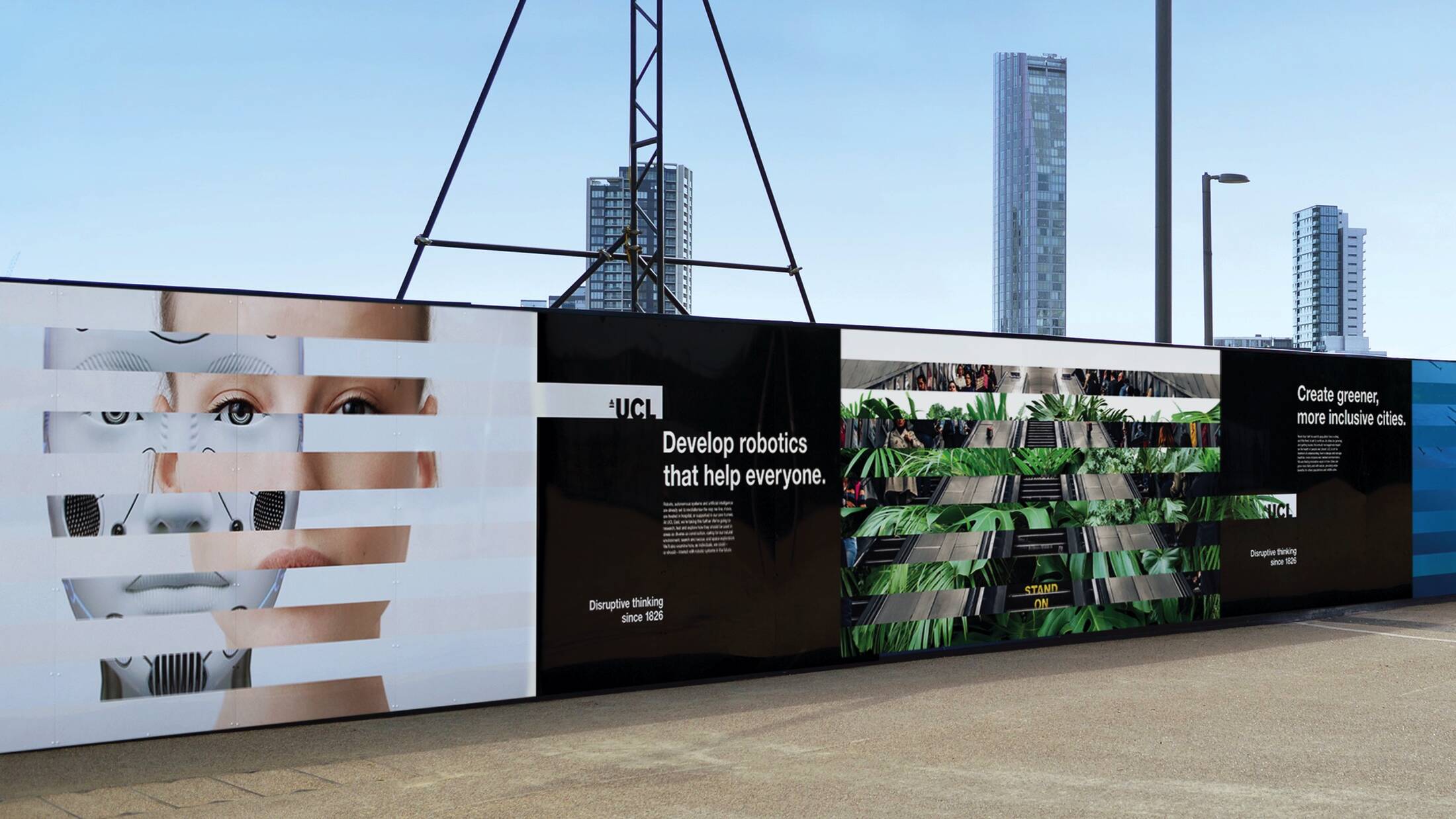 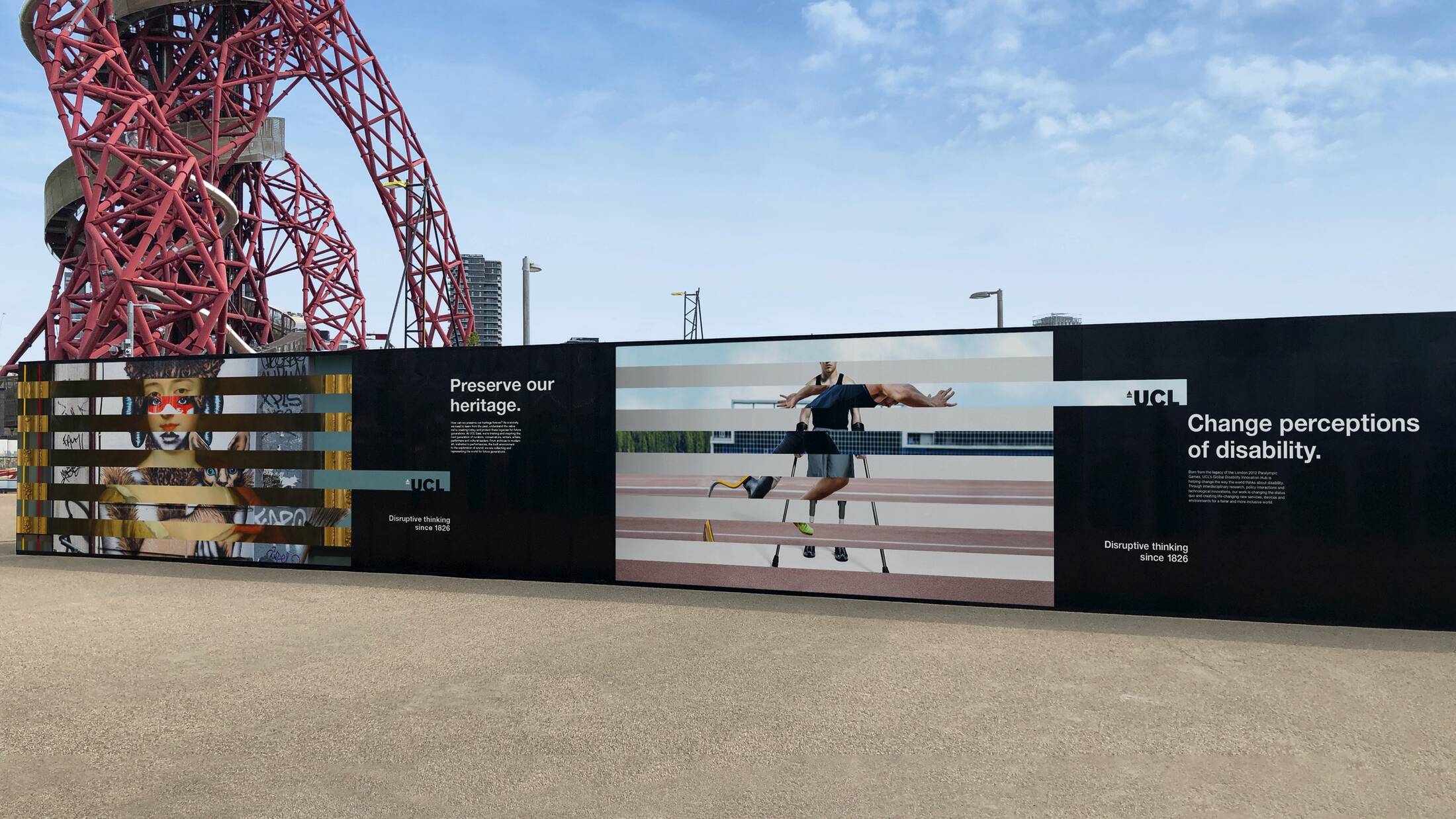 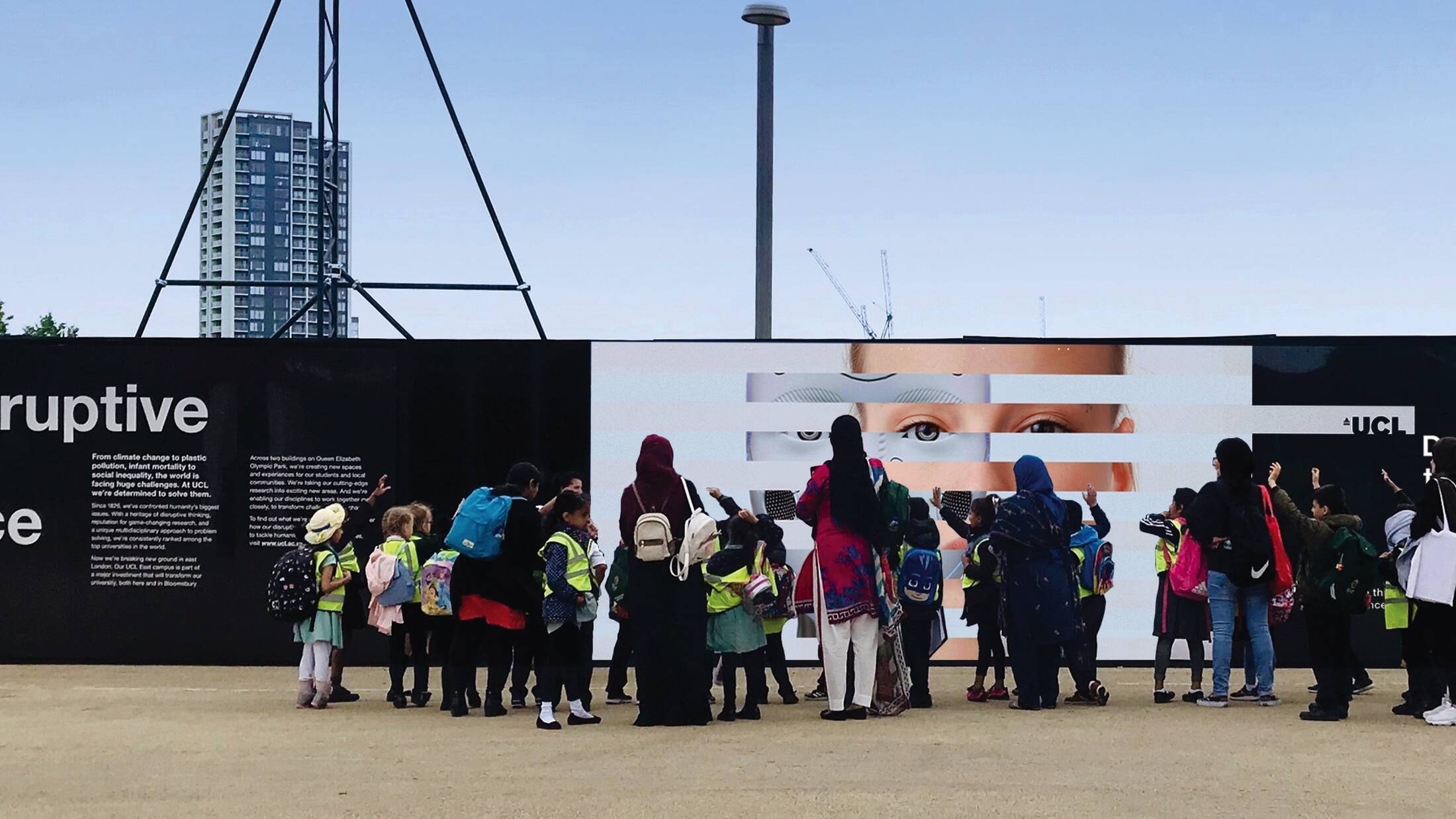 In an age where universities are having to increasingly behave like brands, Jack Renwick Studio have created a bold new positioning for UCL (University College London) to help enable a change in their reputation from world-class to world-leading. Consistently ranked amongst the top 10 universities in the world, UCL wanted to encapsulate their radical origins and challenging spirit to stand out in a competitive sector. Since their founding in 1826, UCL have championed independent thought. They were the first university in England to accept women on equal terms with men, and those from diverse religious backgrounds. Today, their progressive approach to teaching and research, puts some of the world’s brightest minds together to tackle the world’s biggest unsolved problems. The new brand positioning – ‘The home of brave thinkers’ – champions this ingrained disruptive and challenging attitude, and welcomes those who want to make a positive impact on the world. As part of UCL’s bold new vision, they are building a pioneering new campus on East Bank in the Queen Elizabeth Olympic Park – set to be a new destination for London with world-class culture and education at its heart, alongside BBC, Smithsonian Institute and the V&A. Jack Renwick Studio were tasked with bringing the new brand positioning to life, in what is UCL’s most exciting development and largest single expansion since they were founded nearly 200 years ago. The campaign needed to educate a local audience on who UCL are and how they are making a difference to the everyday lives of people both locally and globally through ground-breaking research and discovery. The campaign centres around stories from across the university – demonstrating how UCL’s disruptive approach makes positive change to society’s biggest challenges, including climate change, plastic pollution, driverless vehicles, artificial intelligence and Alzheimer’s disease. Contrasting images interlock to show a current challenge the world is facing with an image depicting how UCL are responding, whilst also working together as a single image. The UCL logo is integrated in each image combination, physically disrupting the problem and leading the way towards a solution. In one example, an autonomous robot is paired with a human face – depicting UCL’s research into our relationship with robotic systems and artificial intelligence. The campus is due to open to the students and wider public in 2022, the campaign has been brought to life on the sites hoarding, becoming both a long-term promotional piece for the university, and an educational installation which is being utilised by the local community to teach school children about the challenges covered. With intentions to become an exciting new cultural destination in London, UCL have taken the campaign beyond the UCL EAST site out into the wider world with printed communications, the university’s website, social media channels and a film played on screens surrounding the London Stadium.

This professional campaign titled 'Disruptive Thinking Since 1826' was published in United Kingdom in December, 2019. It was created for the brand: UCL, by ad agency: Jack Renwick Studio. This Integrated medium campaign is related to the Education industry and contains 10 media assets. It was submitted about 3 years ago.

Newer
Thomann
Change the story
Older
McDonald's
For those who d...