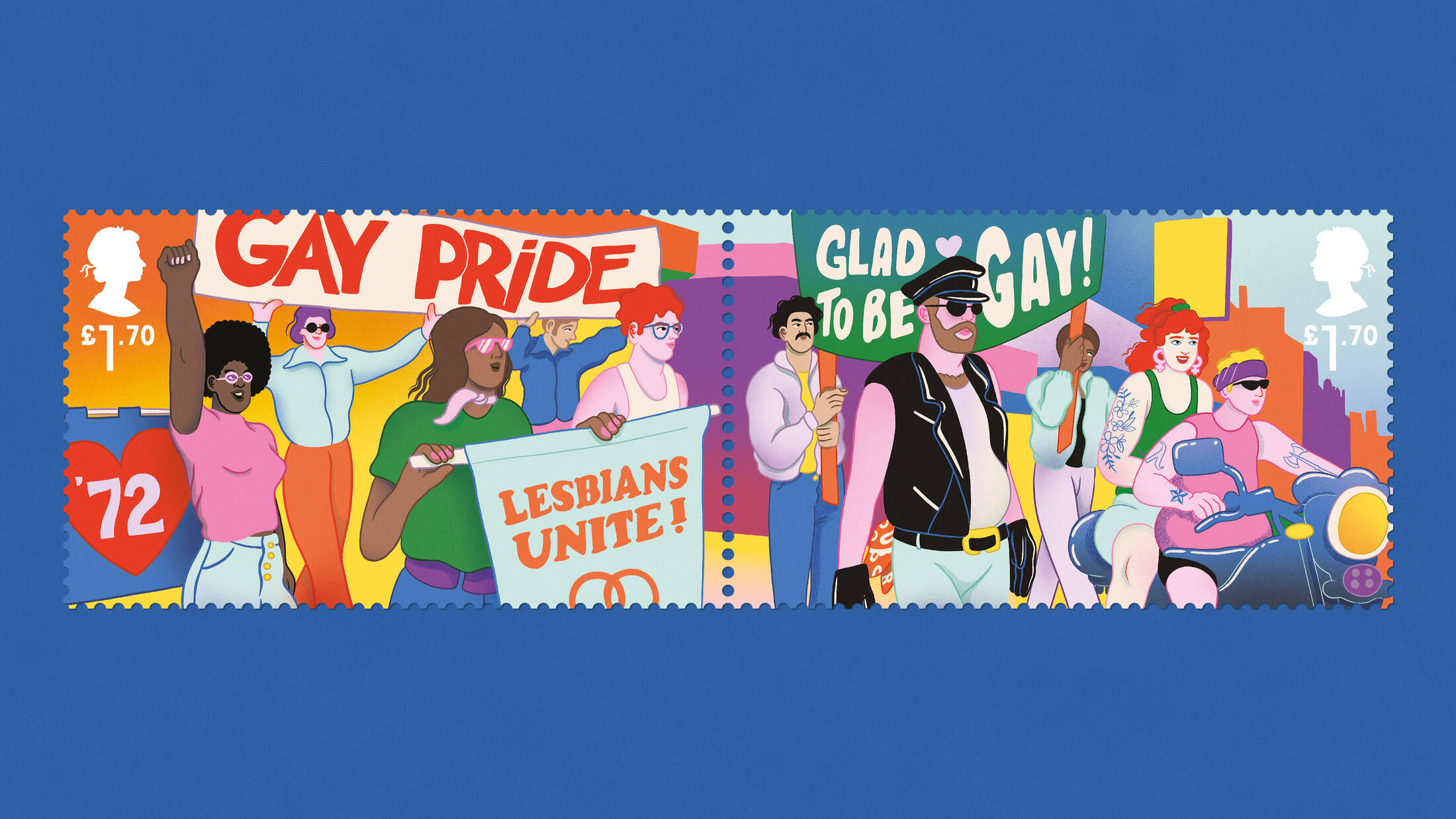 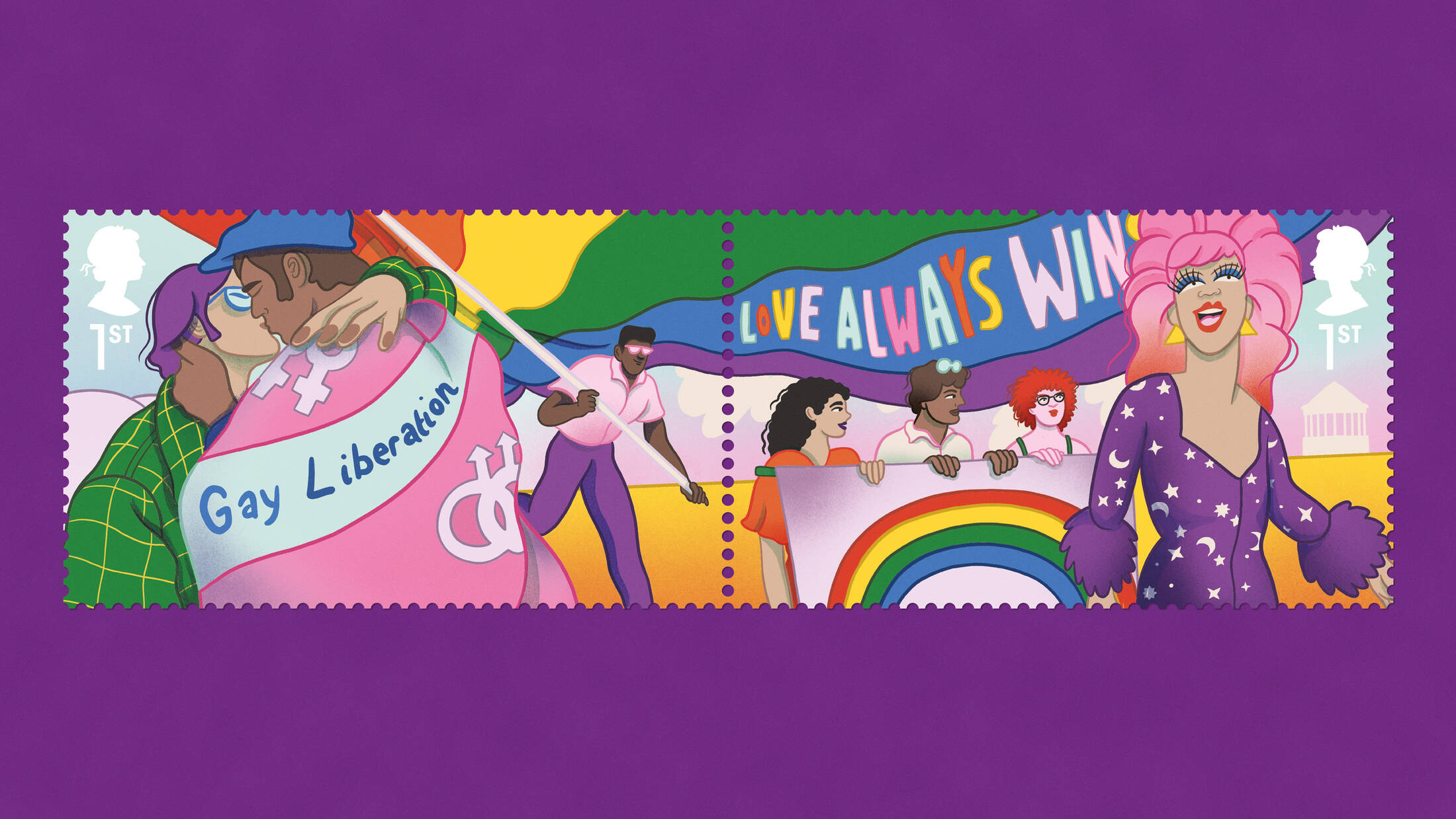 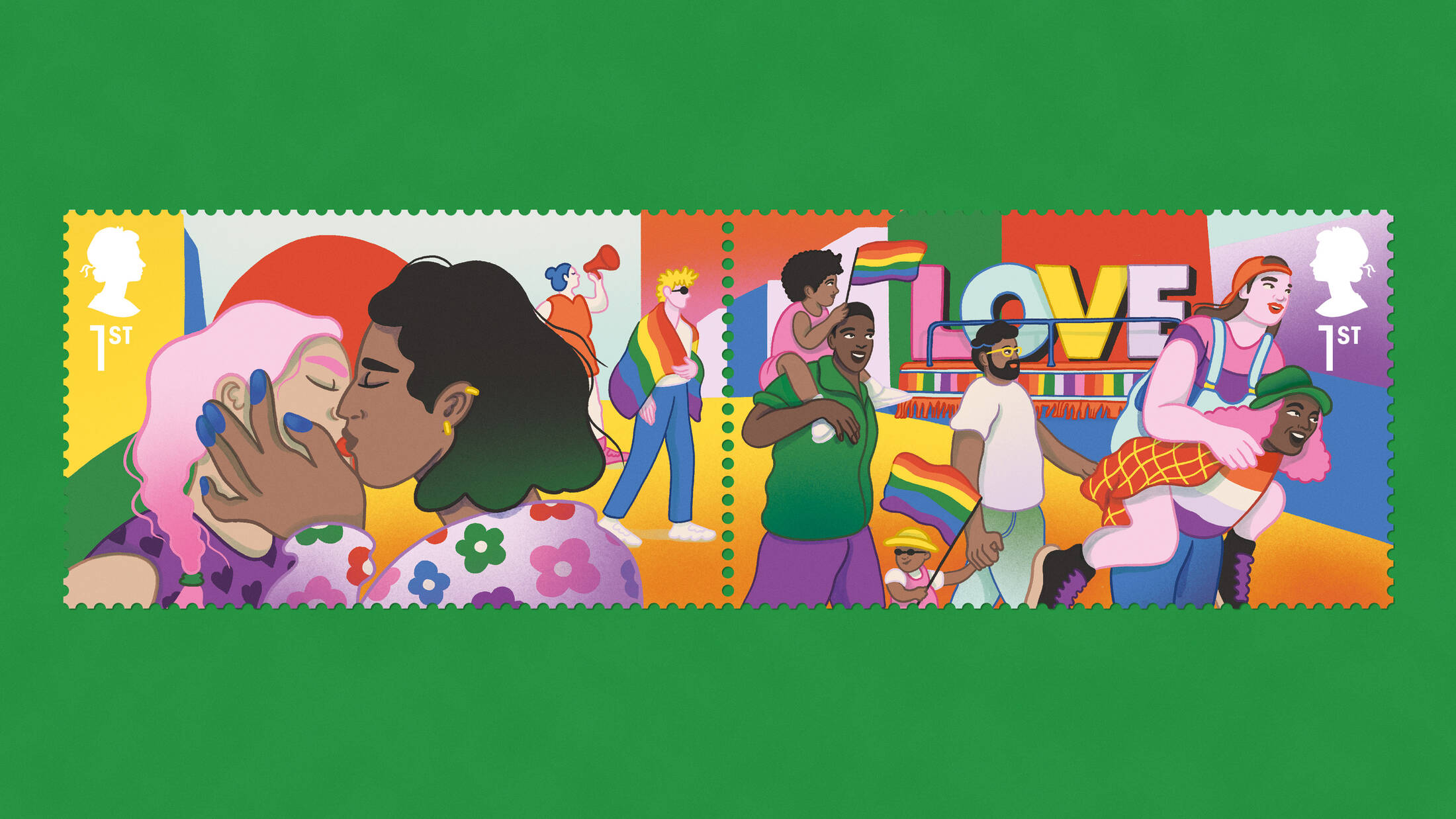 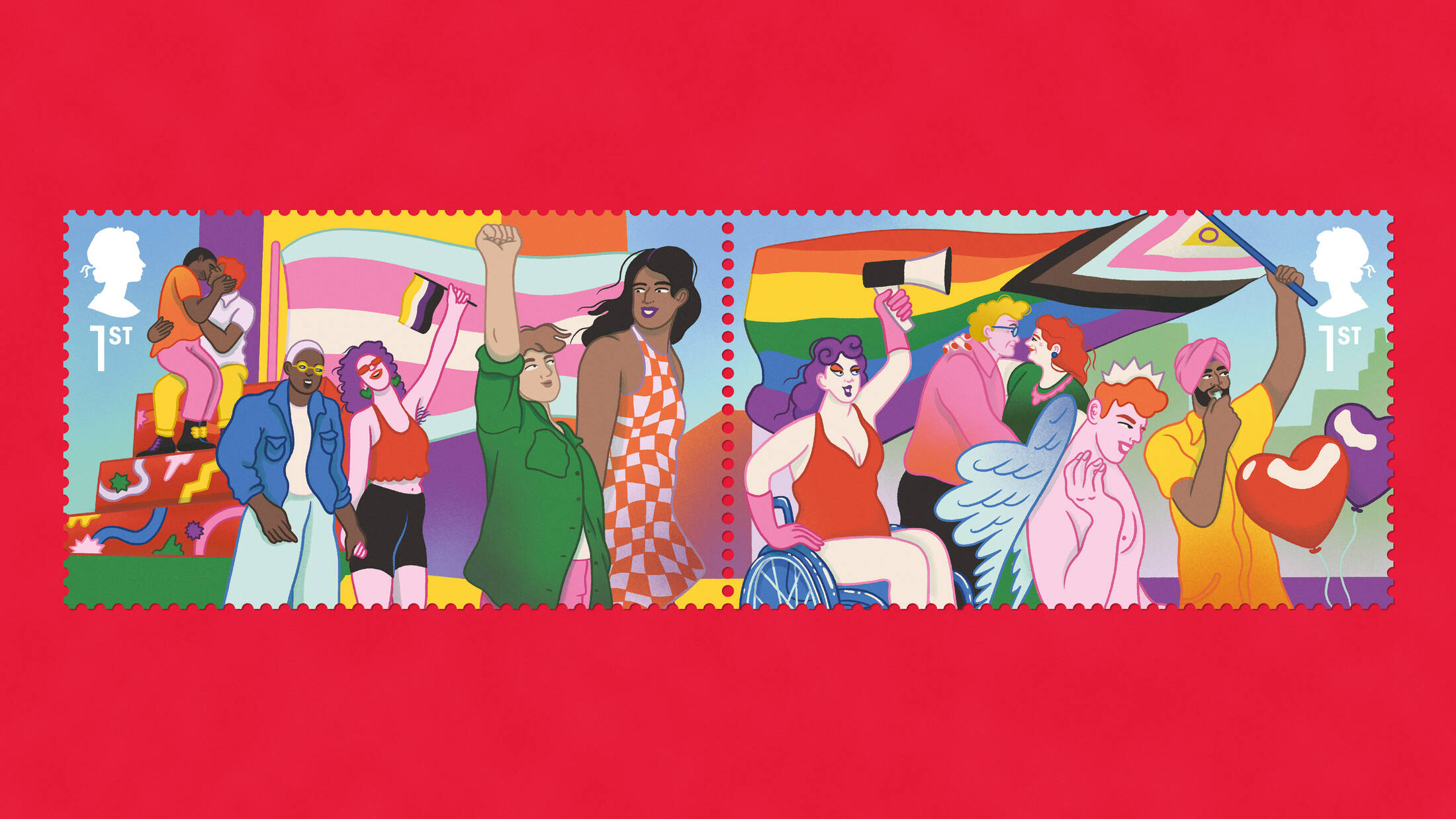 On the 1st July 2022, Royal Mail will issue a set of eight stamps to mark the 50th anniversary of the UK’s first Pride rally. The postal delivery service commissioned NB Studio who, in turn, found and art directed illustrator Sofie Birkin to encapsulate the idea ‘A March Through Time’ through her designs. This iconic stamp series was then brought to life by the animation studio Animade.

NB Studio developed the concept, ‘A March Through Time’, for the stamps, with the collection paying homage to each decade of Pride - from its protest gatherings in 1972, to its present day in 2022 as a huge celebratory festival, welcoming all members of the LGBTQ+ community.

To develop the look and feel of the stamps, NB Studio worked closely with queer British artist, Sofie Birkin. Her free-flowing, joyous and colourful style of illustration effortlessly befitting this milestone celebration. The panoramic stamp format which houses Sofie's illustrations was chosen to emphasise the idea of a timeline. Produced in vivid full bleed print, the stamps take on a tapestry-like aesthetic when combined. The creation of the stamps involved engaging Pride organisations around the UK to ensure that the symbolism in the design from flags to tattoos, clothing to handkerchiefs was respectful to all identities featured.

Animade was brought in to bring the illustrations to life through animation. The agency created the film depicting the LGBTQ+ community’s journey through the history of Pride, assisted by NB Studio’s writer Dan Radley, sound engineers Box of Toys Audio and voice actor Layton Williams. The animation will be shown across Royal Mail’s social channels from today.

Animation injects energy and emotion that strikes a connection with the viewer, which came through in the work on the vivid and joyful ‘A March Through Time’ film. The content builds on the diverse range of beautiful characters featured on the stamps and draws them together using rich storytelling throughout. By creating complex hand-drawn, frame-by-frame animation, Animade makes the stamp collection jump off the perforations and into life.

This professional campaign titled ''Pride' Special Stamp series' was published in United Kingdom in June, 2022. It was created for the brand: Royal Mail, by ad agencies: Animade and NB Studio. This Integrated medium campaign is related to the Public Interest, NGO and Public Utility industries and contains 5 media assets. It was submitted 8 months ago.