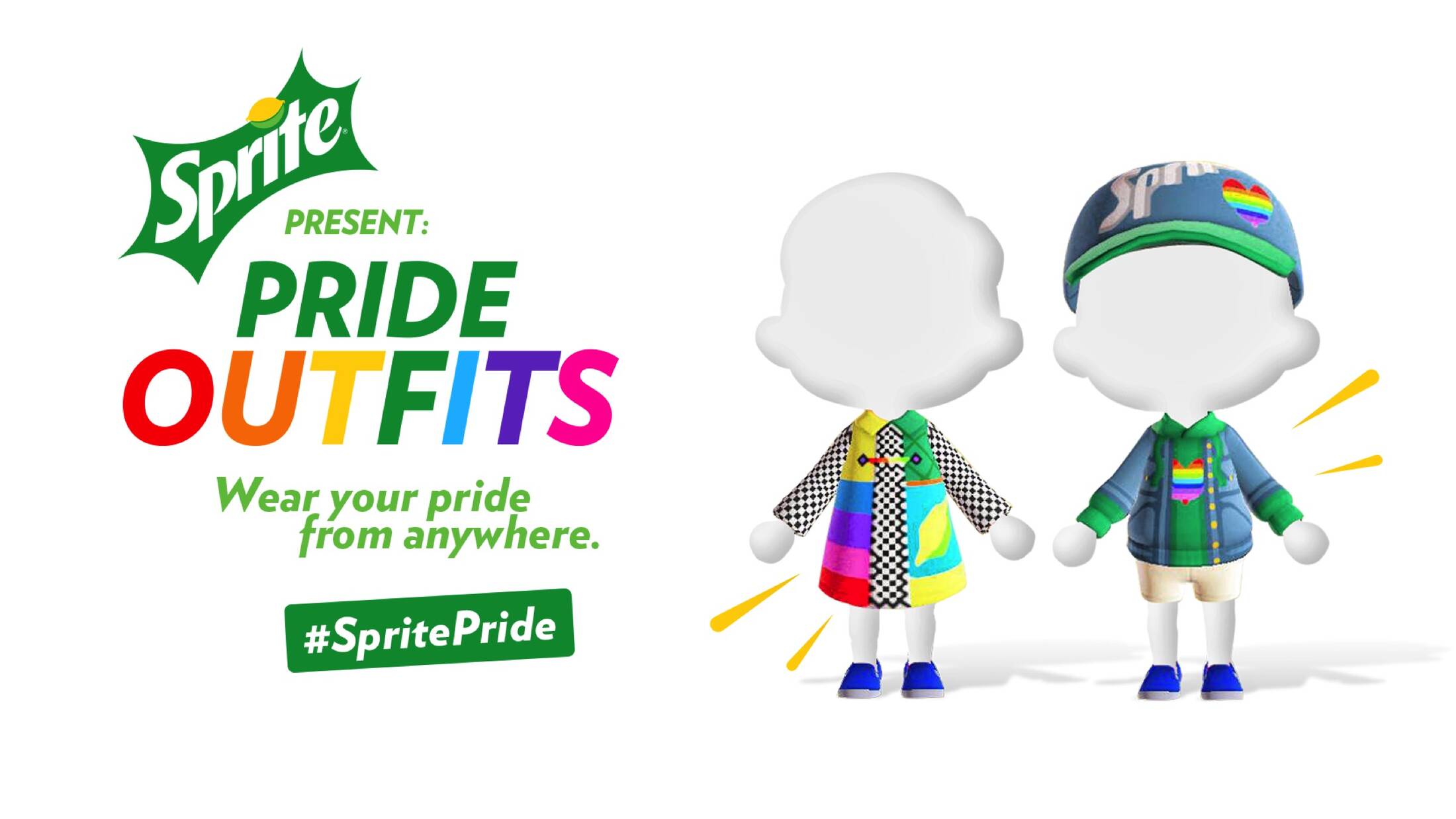 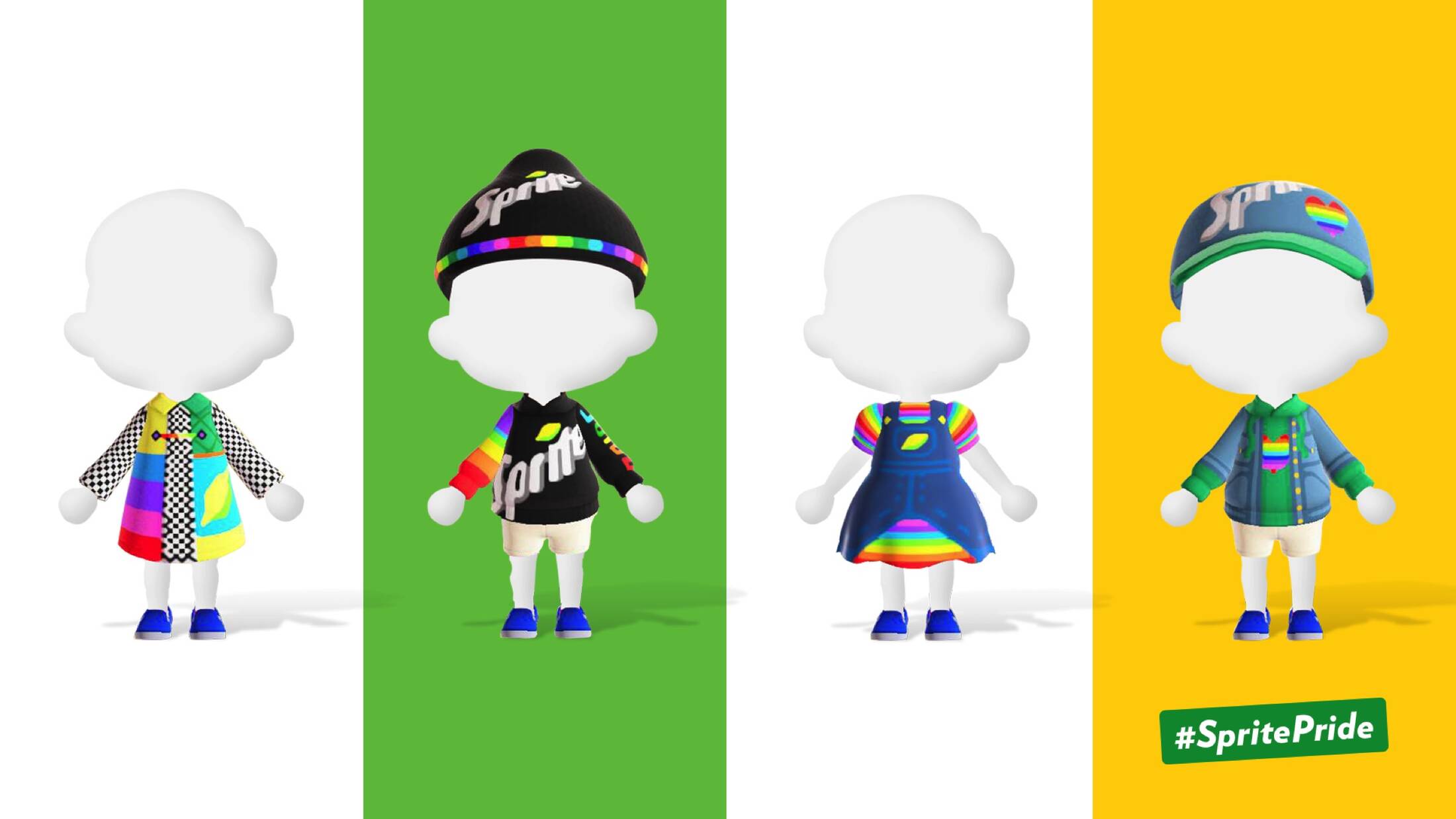 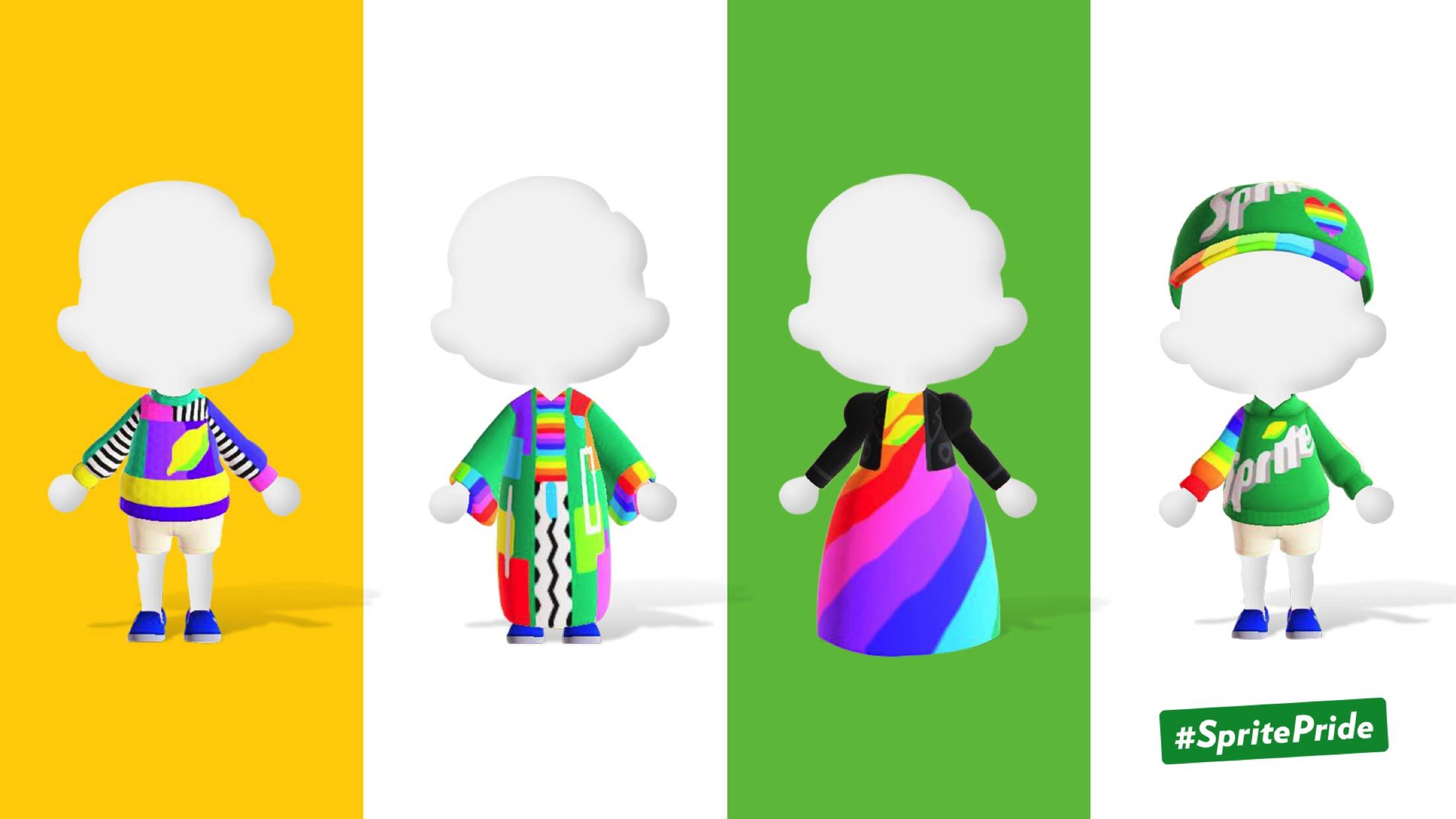 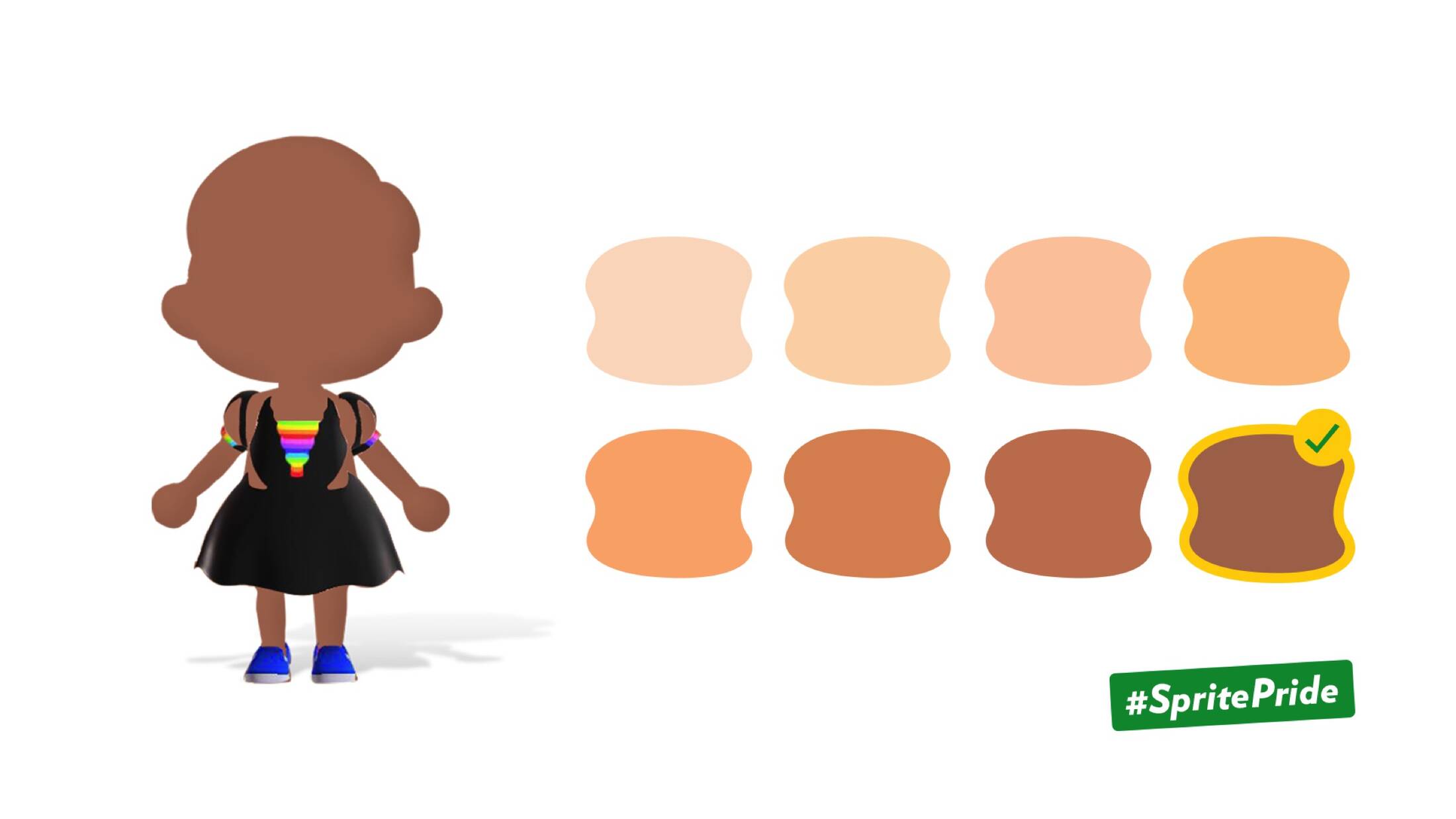 Sprite comes back, in the middle of a quarantine, with an action made to encourage the LGBTTTI+ community to be themselves, even this year, in a virtual way.
“Outfits of Pride” is a whole digital clothesline with accessories for those who will march in the Pride Parade in Animal Crossing: New Horizons.
“We realized that this game has become a safe and free space for the young LGBTTTI+ during this pandemic, especially because of the 24/7 confinement with family, where in many cases, do not see eye to eye. So in a very Sprite sort of way, we want to remind them that the brand is with them” said Omar Fabián, VP of the agency Only If.
“We feel continuously inspired by this teen generation, particularly those in the LGBTQ+ community who are making changes through their authenticity, protecting it, not wanting to be anyone else. This year we are all living unprecedented complicated conditions, but this context has only made more evident that this community is much more vulnerable; so we wanted to send them a message of support, tell them how much they inspire us and motivate us to continue changing things. We want to be with them on digital platforms during Pride Parade, and make a donation to an organization dedicated to help those who are in risk..”, - Karen Arreola, IMC Manager at Coca-Cola. .
Sprite will also publish a video message on their social networks led by Calle y Poche and stared by real young people in order to refresh the celebration, and connecting with anyone who has a problem with IT GETS BETTER MÉXICO, an association that gives support to LGBTTTI+ youth with problems.
Sprite is the first Coca-Cola brand in the world to use Animal Crossing to interact with its audience, and the first brand en LATAM that use it as a communication means with Gen Z.
This is Sprite´s third consecutive year to show its support to the LGBTTTI+ youth and to help them through IT GETS BETTER México for Pride Parade in Mexico City.

This professional campaign titled 'Outfits of Pride' was published in Mexico in June, 2020. It was created for the brand: Sprite, by ad agency: Only If. This Digital medium campaign is related to the Non-Alcoholic Drinks industry and contains 4 media assets. It was submitted over 2 years ago.

They need guidance, I gotta be me 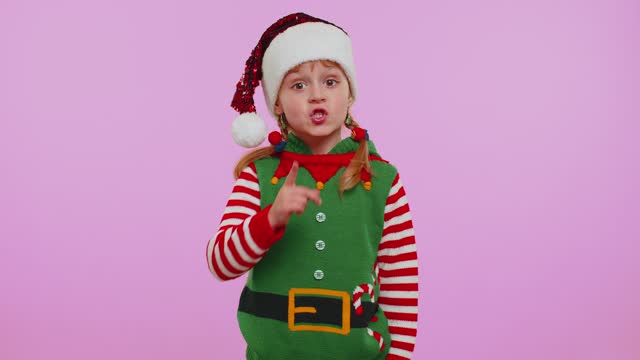 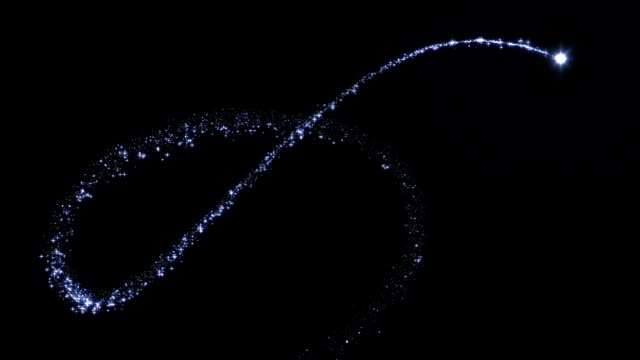 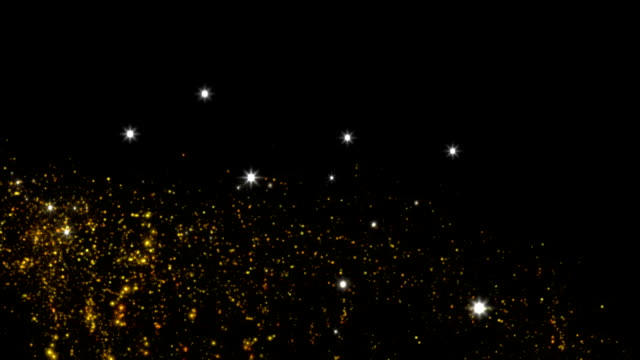 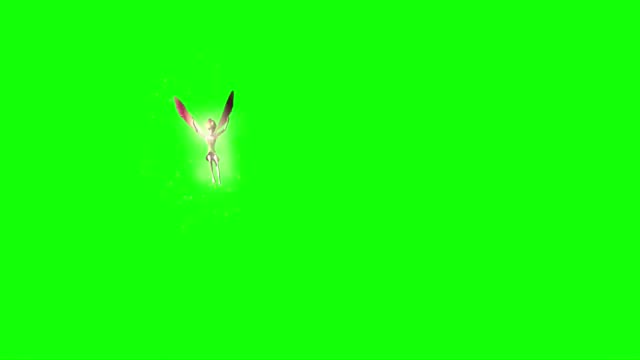 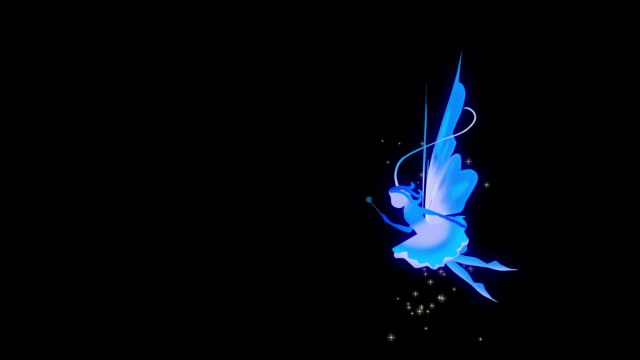 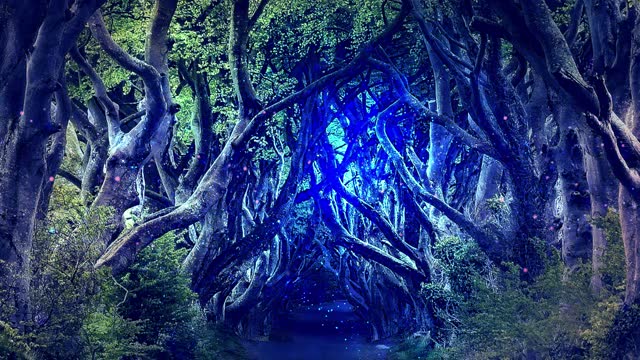