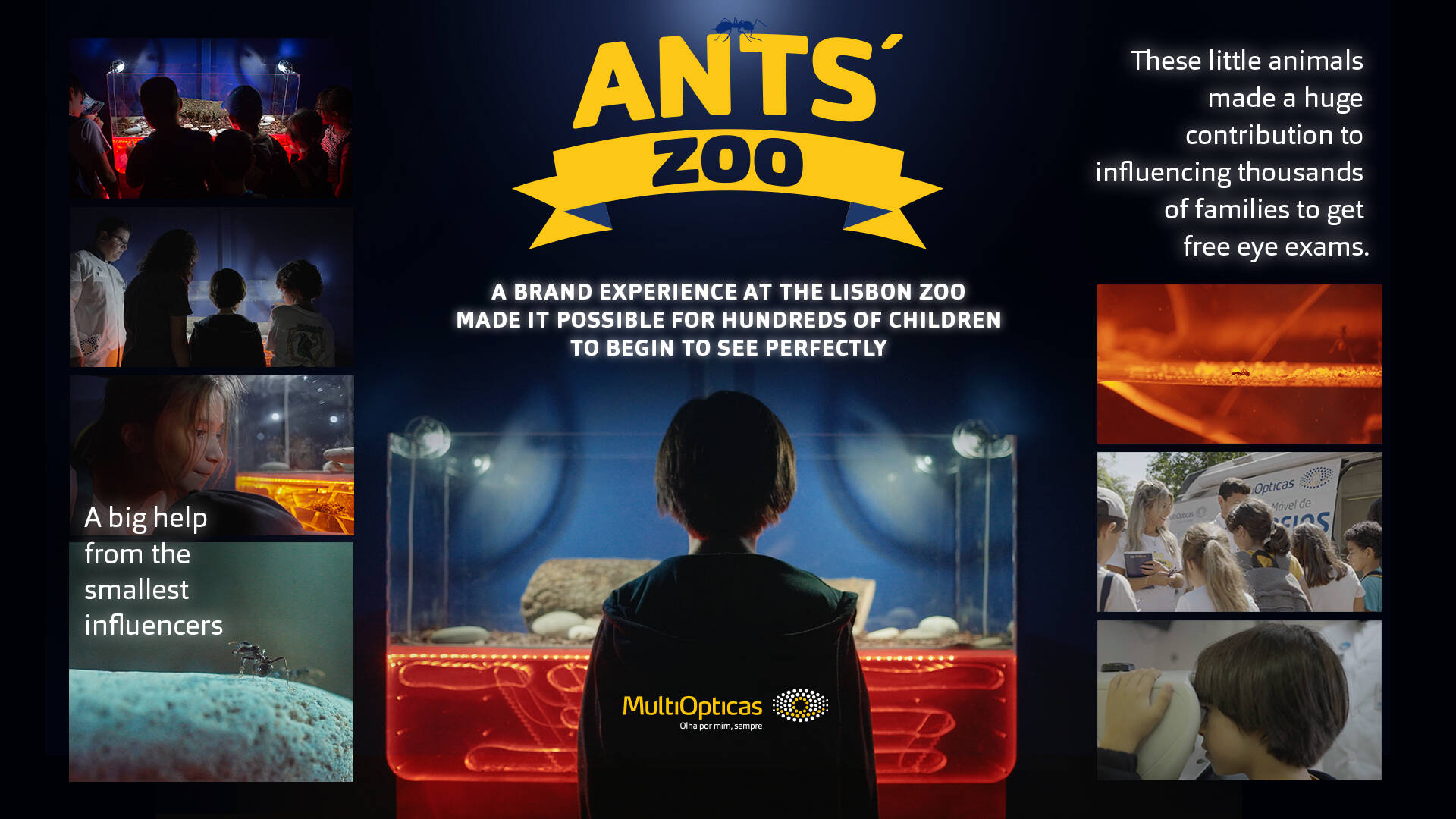 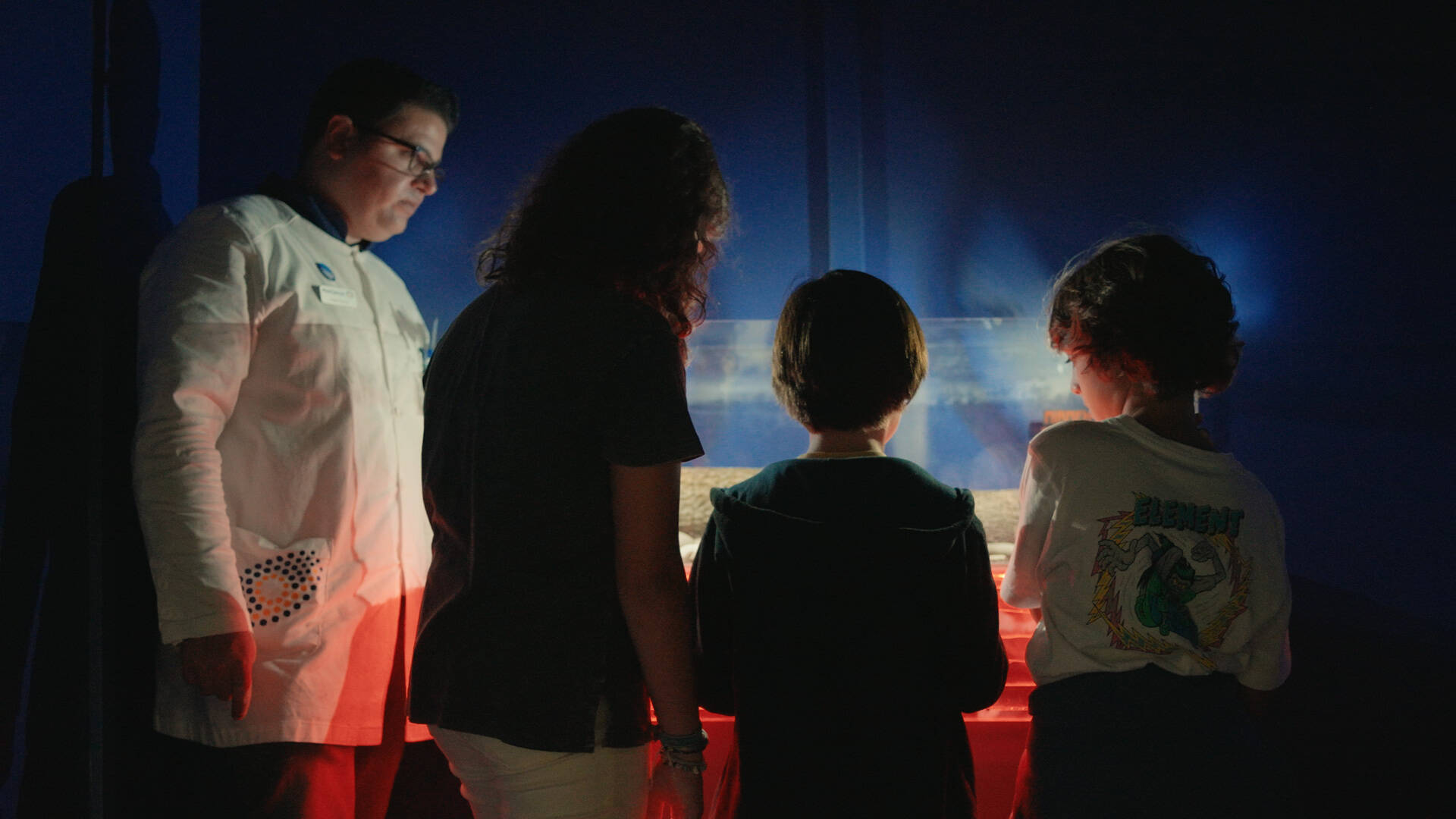 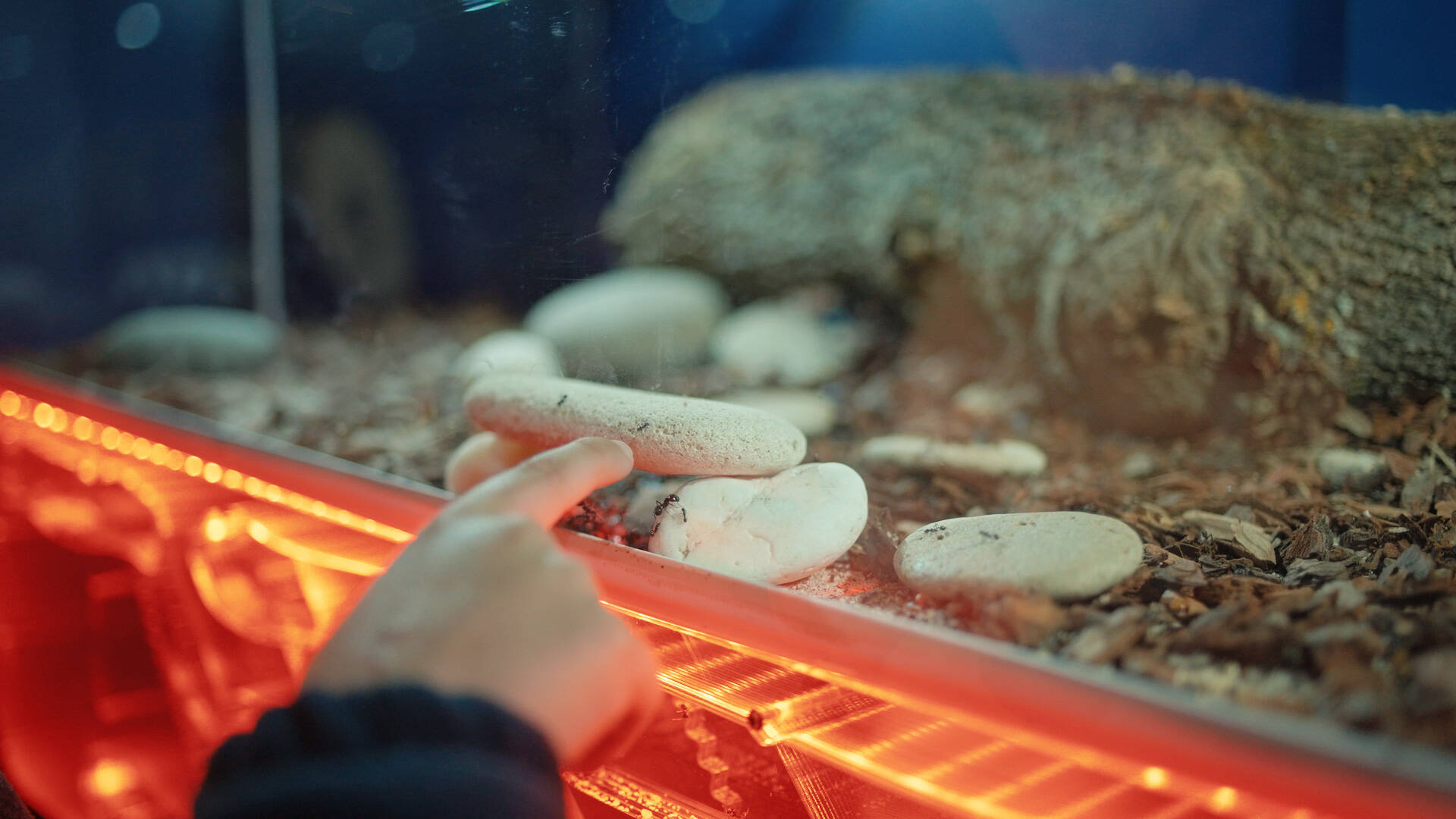 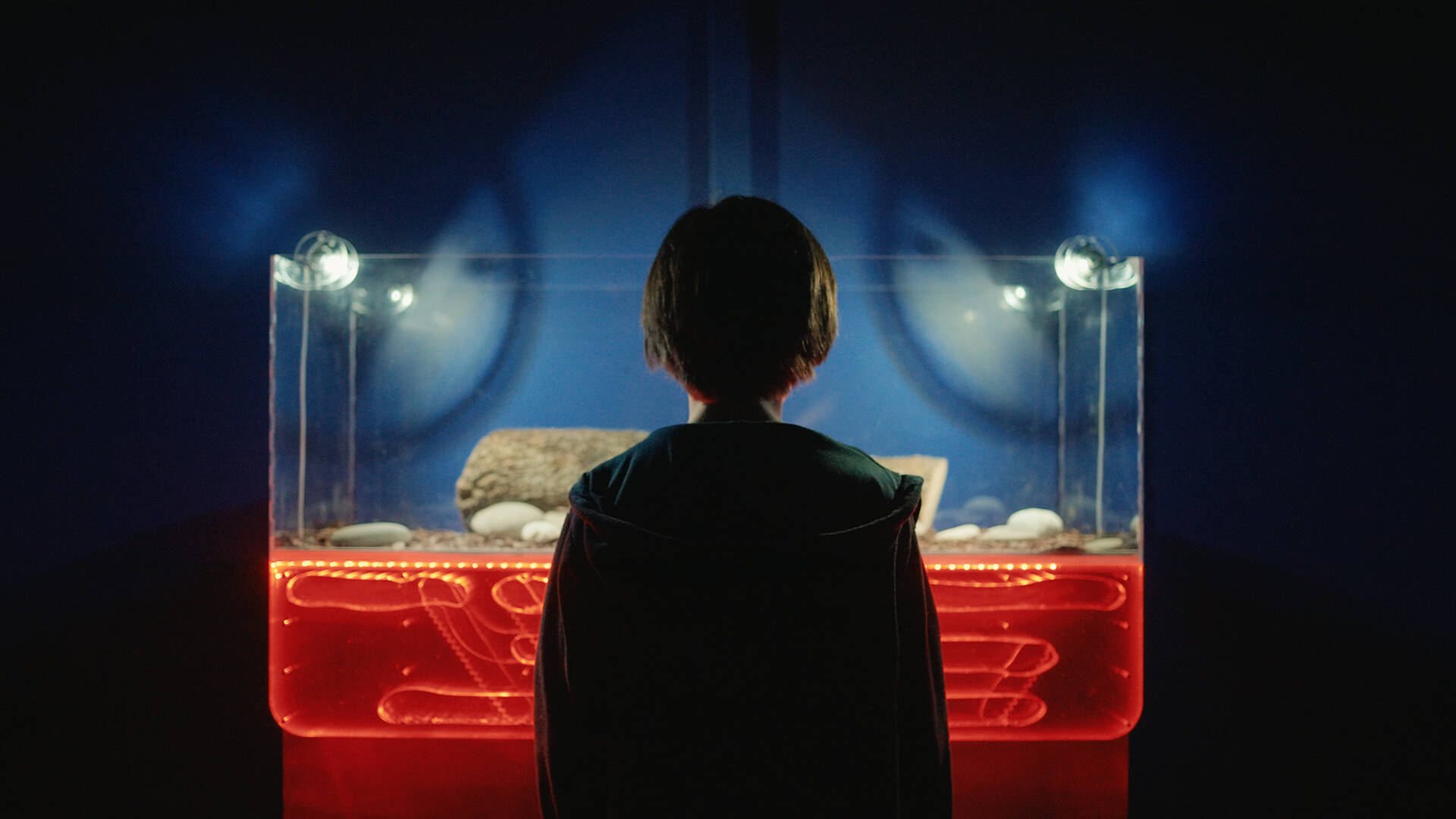 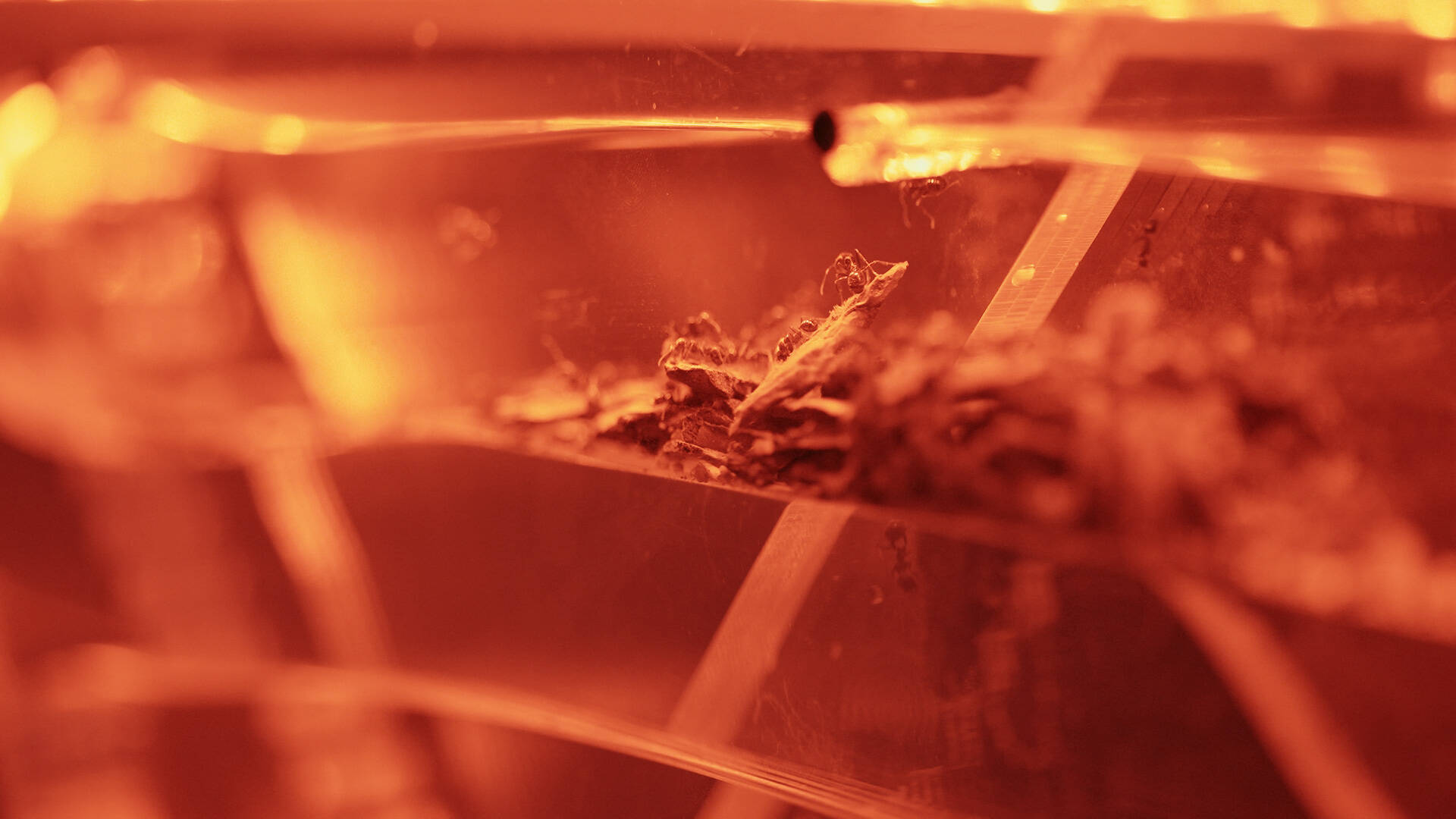 HAVAS LISBON TURNED ANTS INTO THE SMALLEST INFLUENCERS FOR A BIG PURPOSE: TO HELP IDENTIFY CHILDREN WHO NEED GLASSES.
The activation took place at the Lisbon Zoo and helped hundreds of children improve their sight.

MultiOpticas, Portugal's largest network of opticians, is holding free eye exams for the whole family during the month of October, which is known as Sight Month.

To advertise this service and to raise awareness regarding the importance of eye exams from the early years of childhood, Havas Lisbon created a transformative brand experience. Between September 23 and October 13, this experience was available to all the children who visited the Lisbon Zoo.

The agency installed a temporary exhibition: The Ants’ Zoo, an initiative that used ants to identify which children needed glasses. The dynamic was monitored by specialists who, after observing the visitors' behaviour, directed the children to another part of the experience, in case of need for a more in-depth examination. After the examination, children could leave with glasses and test them right in the moment, by trying to see the ants and all the other animals.

The launch of the exhibition was attended by Dolores Aveiro, a well-known figure in the country. Besides being the mother of the soccer player Cristiano Ronaldo, and the second most followed woman on Instagram in Portugal, Dolores is also an ambassador for this family-oriented brand. However, the most important influencers in this story are the smallest ones, the ants.

Specialists say that good eyesight is crucial in making sure a child develops to their full potential, both at school and socially. It's especially important to look after children’s eyes, because the eye is still developing throughout early childhood, so if problems are treated early, it can make a lasting difference.

This means that the contribution made by these small animals is incredibly valuable and had an actual impact on the health of the children who visited the zoo.

The local press gave ample coverage to the action, which reached Portuguese newspapers and even television programs.

This professional campaign titled 'Ants' Zoo' was published in Portugal in October, 2022. It was created for the brand: Multiópticas, by ad agency: Havas Lisbon. This Ambient, Direct, and Experiential media campaign is related to the Public Interest, NGO industry and contains 5 media assets. It was submitted 4 months ago by Senior Copywriter: Bernardo Tavares of Havas Lisbon.

Get ready for greatness