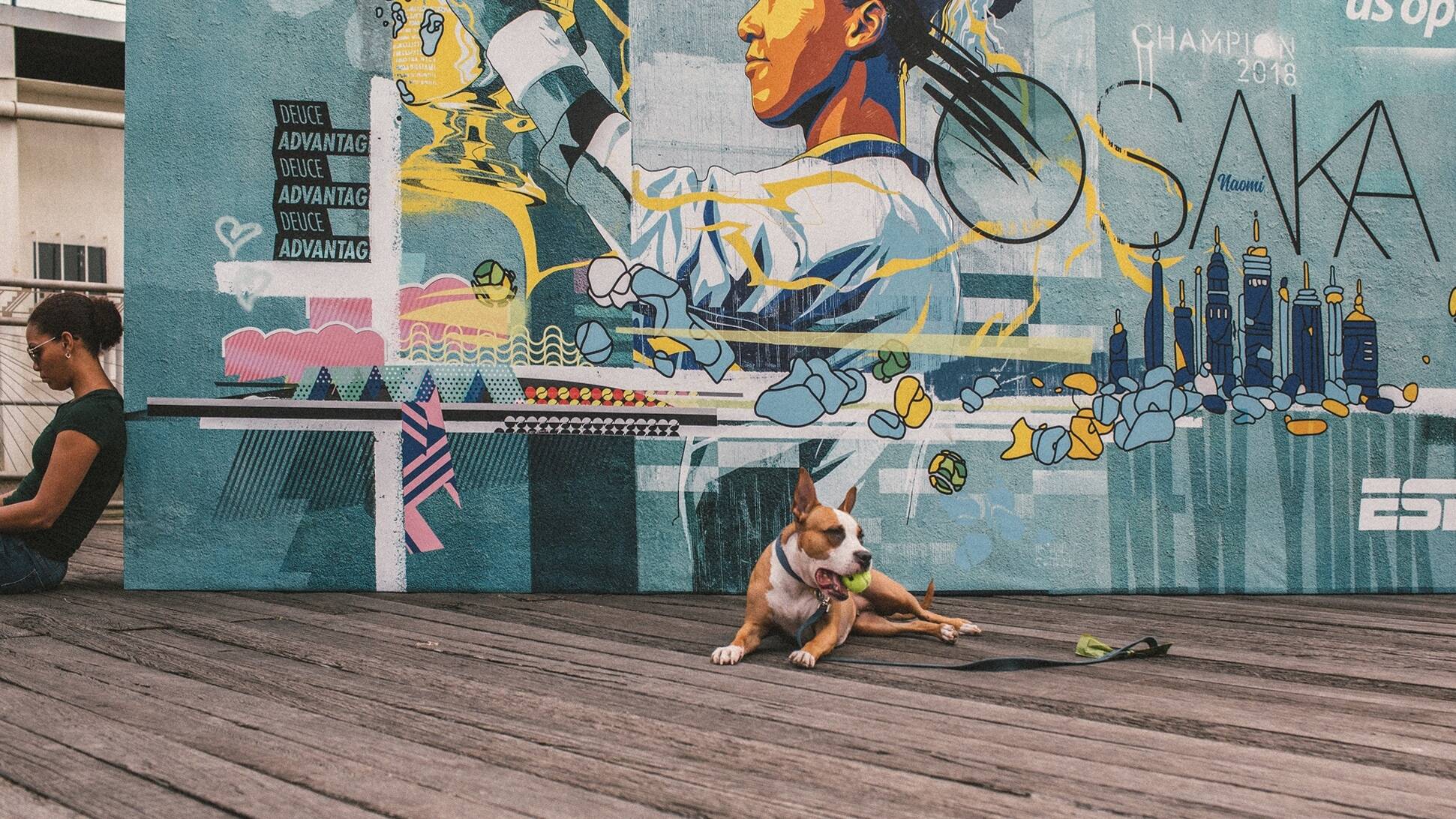 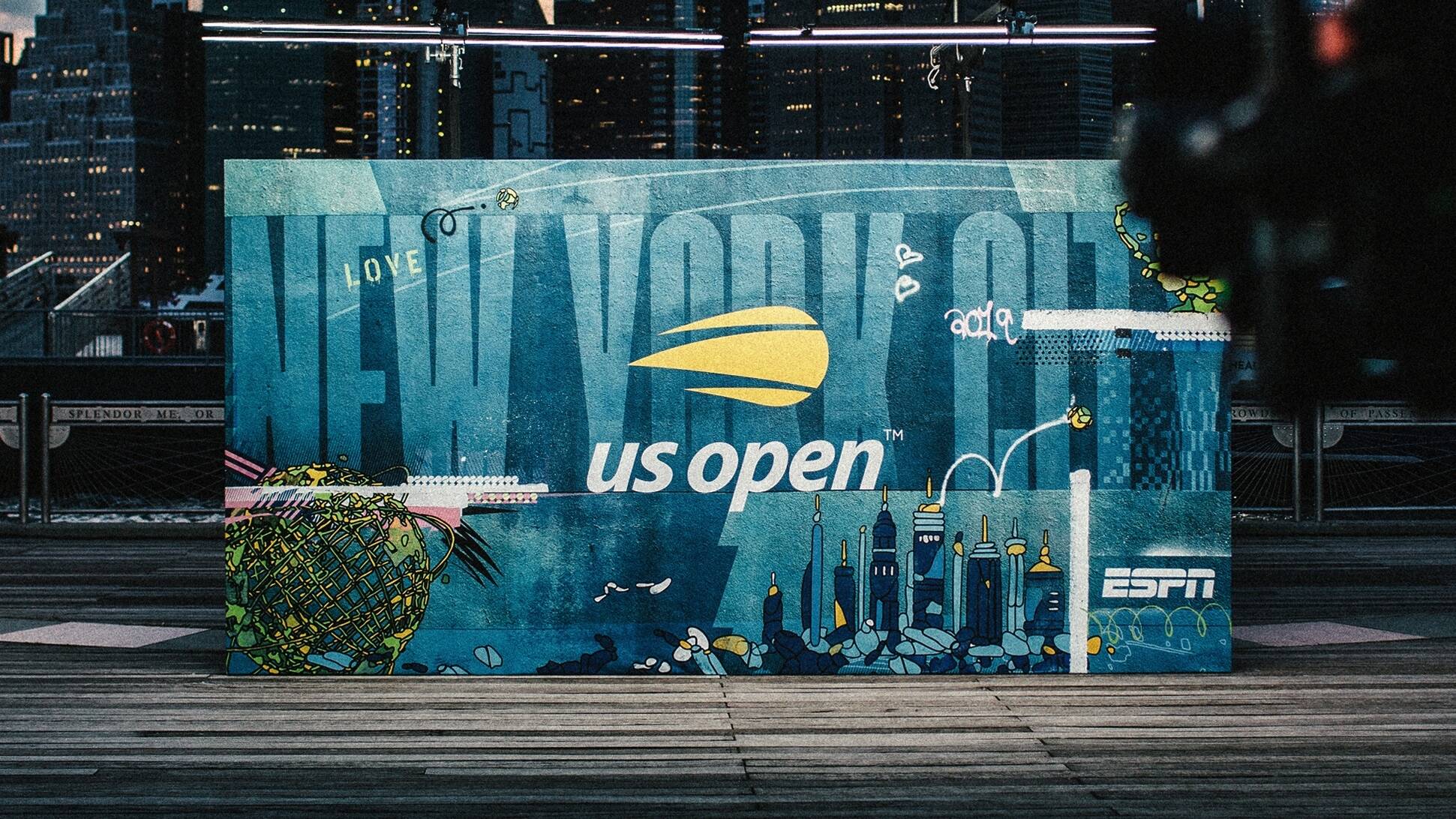 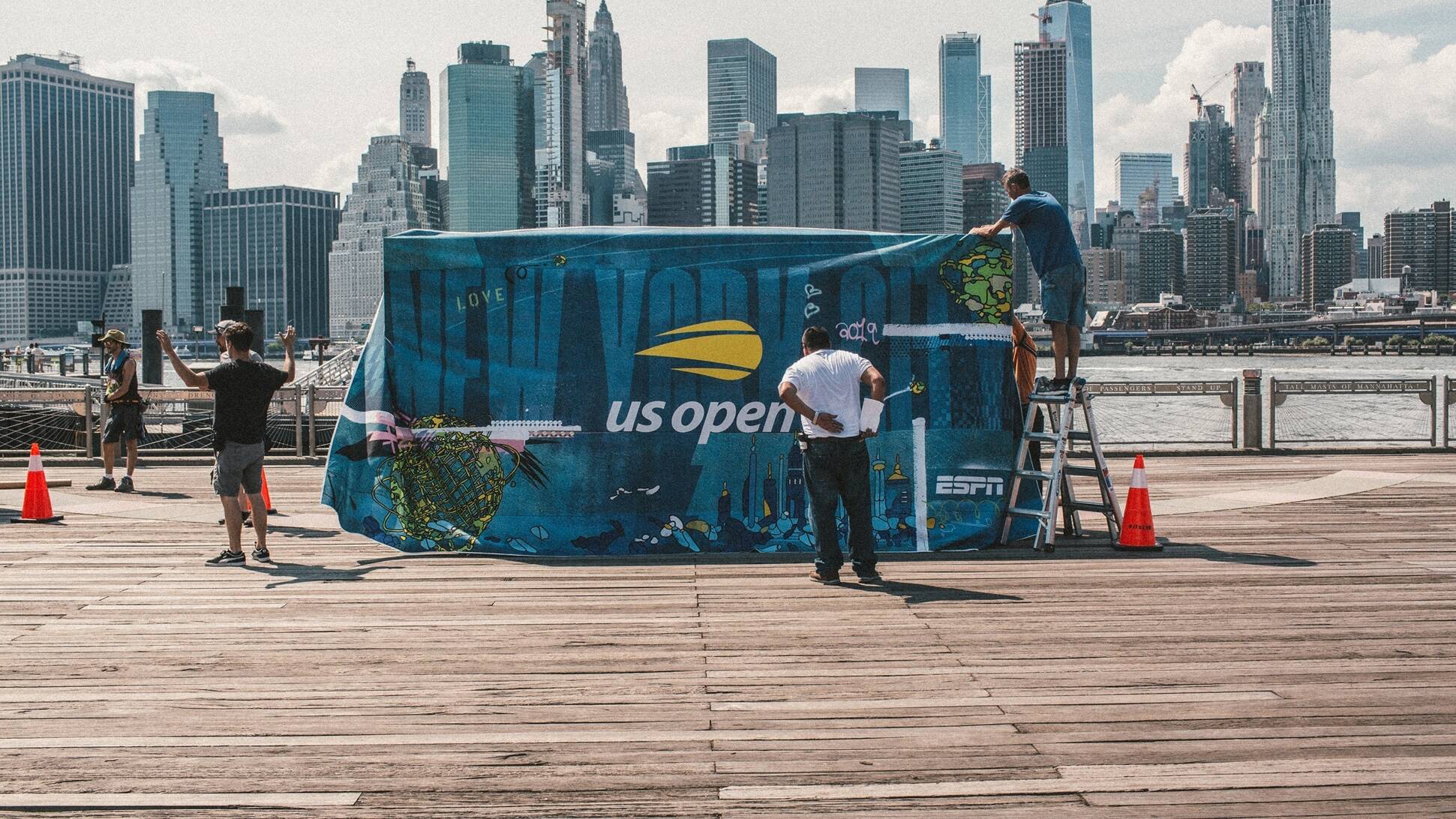 Creative branding agency loyalkaspar has produced an installation of five colorful murals in New York City for ESPN’s US Open, with each mural depicting a participating athlete – Serena Williams, Roger Federer, and Naomi Osaka among them. The installation was used as the basis for a public event in the Dumbo neighborhood of Brooklyn, resulting in an anthem TV spot. This work comes off the back of several successful ESPN branding projects by loyalkaspar, including brand identities for College Football and Get Up. The mural project allowed the agency to shift focus from its strategic expertise and highlight their design and production capabilities. Working to a tight deadline, loyalkaspar sought to fuse artistry and sports fandom into a unique experience for New Yorkers that could then be shared on screens around the country. A sense of place Chief Creative Officer at loyalkaspar, Beat Baudenbacher wanted to ensure that the murals and spot positioned the US Open as a uniquely New York moment in contrast to tennis events in Wimbledon, Paris or elsewhere. “We wanted to create work that gave the US Open a sense of place, really capturing New York’s urban, eclectic dynamic and infusing the Open with that epic feel,” says Baudenbacher. So, once the murals had been assembled on site in Dumbo, with a picturesque view of the East River, visitors were invited to interact with the installation during loyalkaspar’s film shoot. The resulting spot shows New Yorkers of all types posing in front of the murals on a sunny day. Dynamic and joyful footage in front of the murals includes families and groups of friends posing for selfies, dogs chasing balls, and plenty of adorable children. A particularly powerful sequence sees two young girls twirling before the Serena Williams mural, then cuts seamlessly to ESPN footage of Serena performing her signature twirl on the tennis court. Using multiple filming tactics to capture the public interaction with the murals, loyalkaspar aimed to incorporate the vibe of the city and the US Open on as many levels as possible. A time lapse photographer captured the onslaught of visitors throughout the day and a crane camera was used for the spot’s final shot: the city skyline at sunset. The crane offered, in Baudenbacher’s words, a “dynamic and super epic scope.” Meanwhile small handheld devices allowed the loyalkaspar team to tap into the more intimate moments individuals had with the murals. Footage of the athletes was spliced in during post-production, always cleverly mirroring the action at the installation. Cutting through the noise For Baudenbacher and his team, perhaps the most exciting element of the brief was the chance to make the public part of the project. Not only did constructing the murals in a public space provide an opportunity for the anthem spot’s local vibe, it genuinely offered a chance for local audiences to connect with the ESPN brand. The event shut down the Dumbo pier on the day, generating curiosity even among New Yorkers who didn’t actively participate. Baudenbacher hoped the event would engage fresh audiences of all ages, genders, and races through the specific, personalized experience. To expand the activation’s reach, the murals have moved to the South Street Seaport through the end of the tournament for additional fan engagement. “Experiential events are becoming such a tool for connecting with audiences,” he says. “Being smart about putting on an event can serve as the foundation for a promotional campaign. Rather than a single experiential event, ESPN got the most fan engagement out of the campaign by hosting the installations in multiple neighborhoods and capturing footage to promote their US Open coverage as a TV spot. It elevates the work and cuts through the noise.”

This professional campaign titled 'ESPN US Open Anthem' was published in United States in September, 2019. It was created for the brand: ESPN, . This Integrated medium campaign is related to the Sports industry and contains 7 media assets. It was submitted about 3 years ago by Samantha Clark of Red Setter.

One App, One Tap

One App, One Tap

It’s All Coming Back

NFL on ESPN: Ready For Football, There's No Place Like Sp...