Cheering with Frisa is tastier. 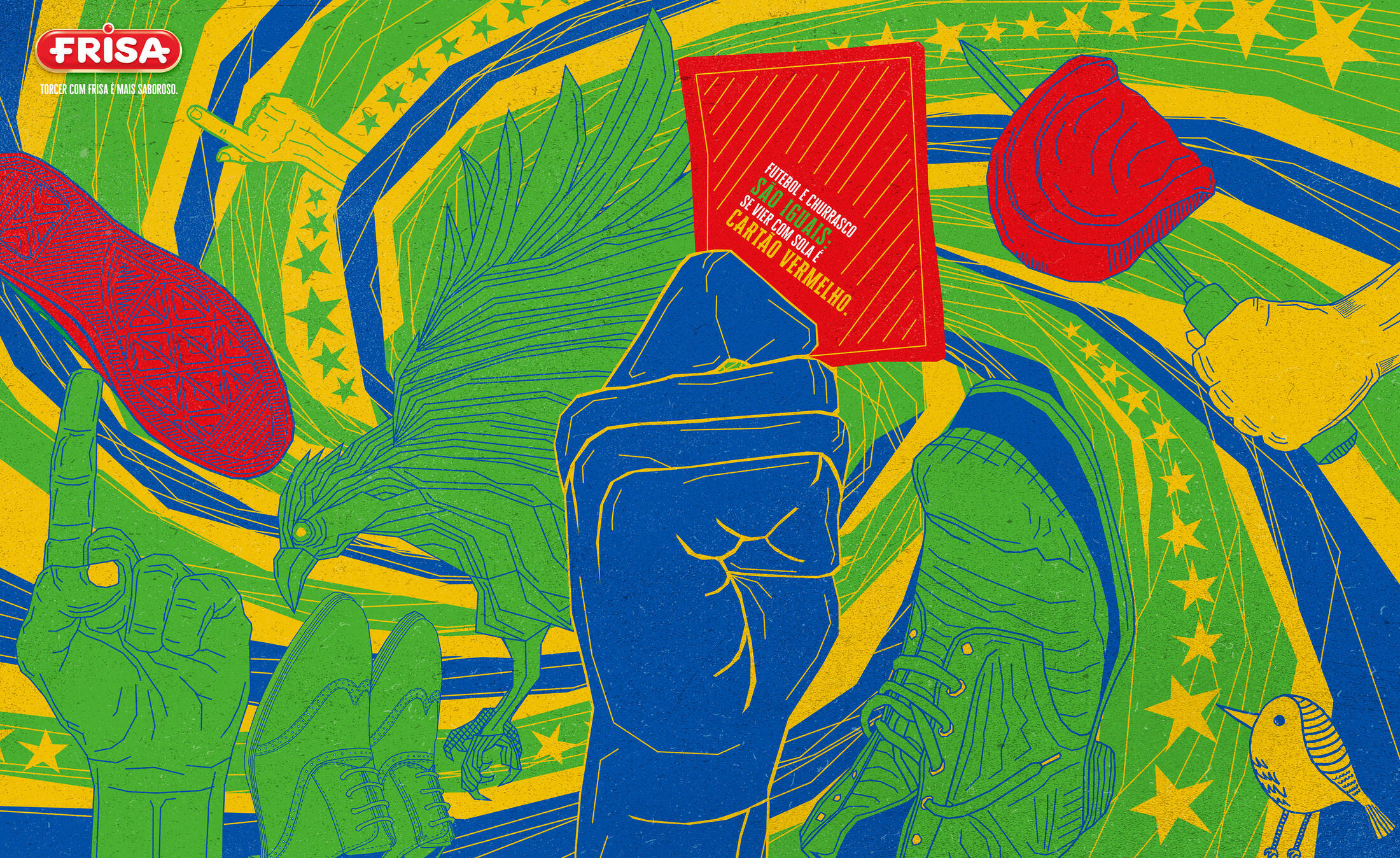 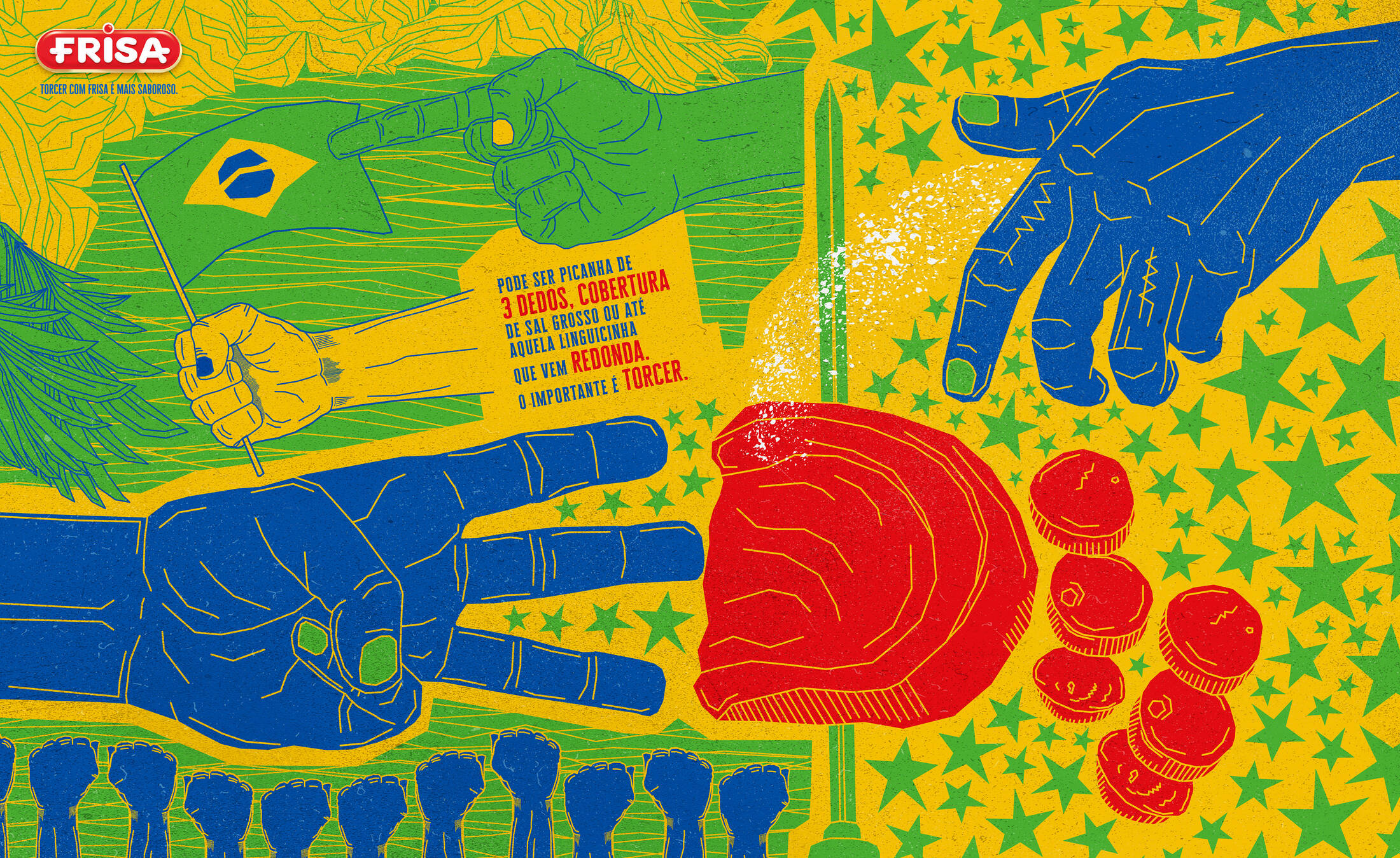 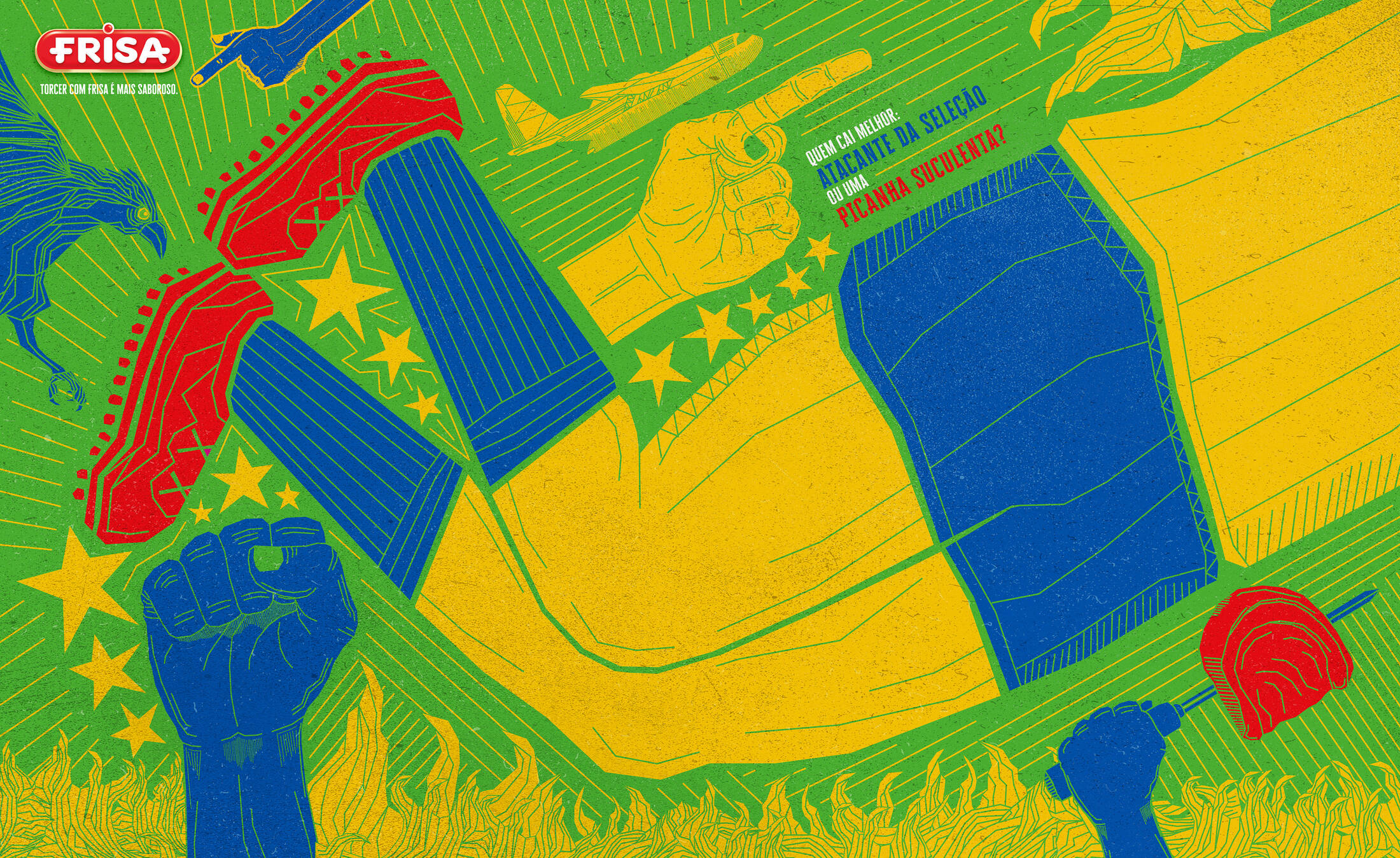 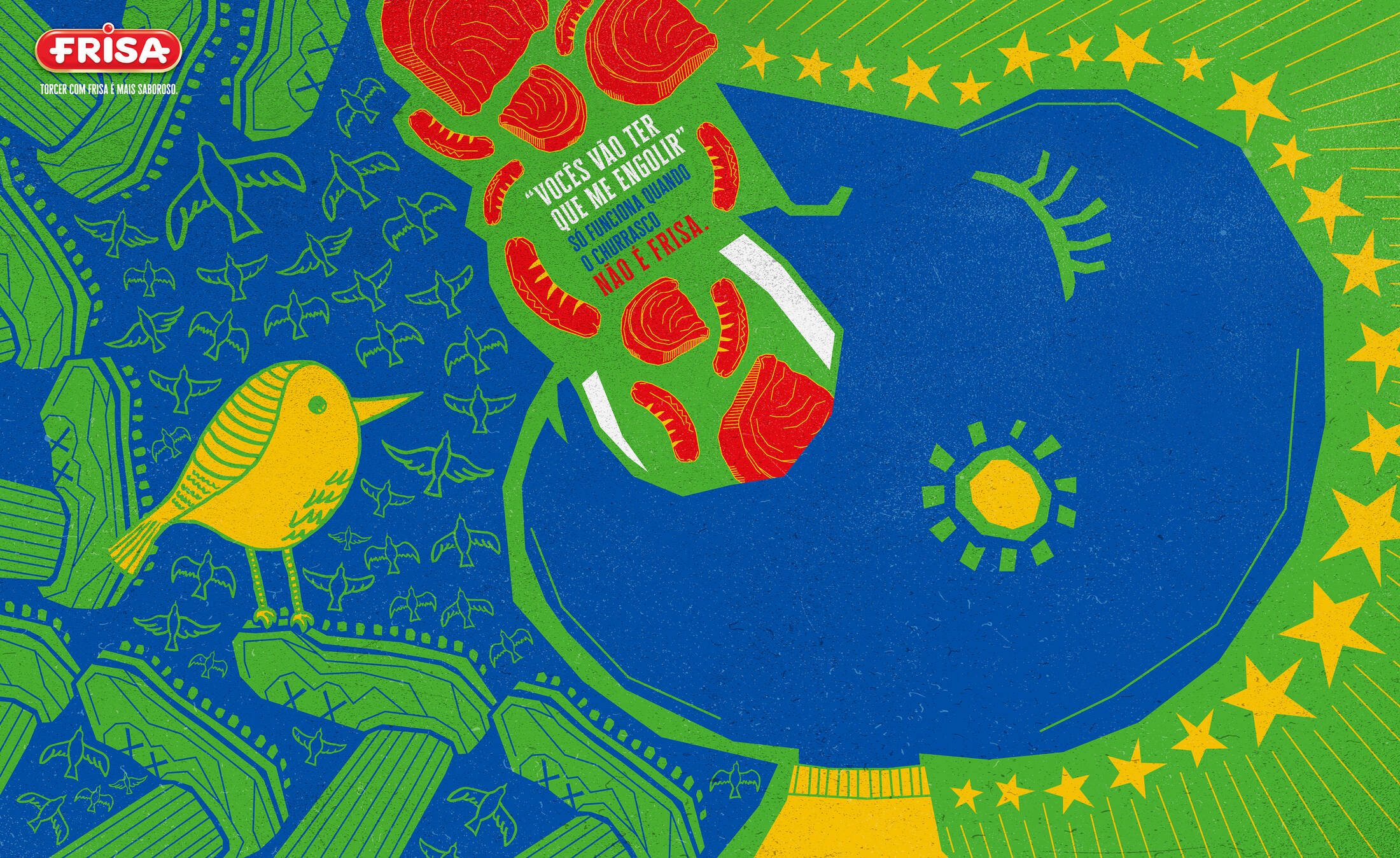 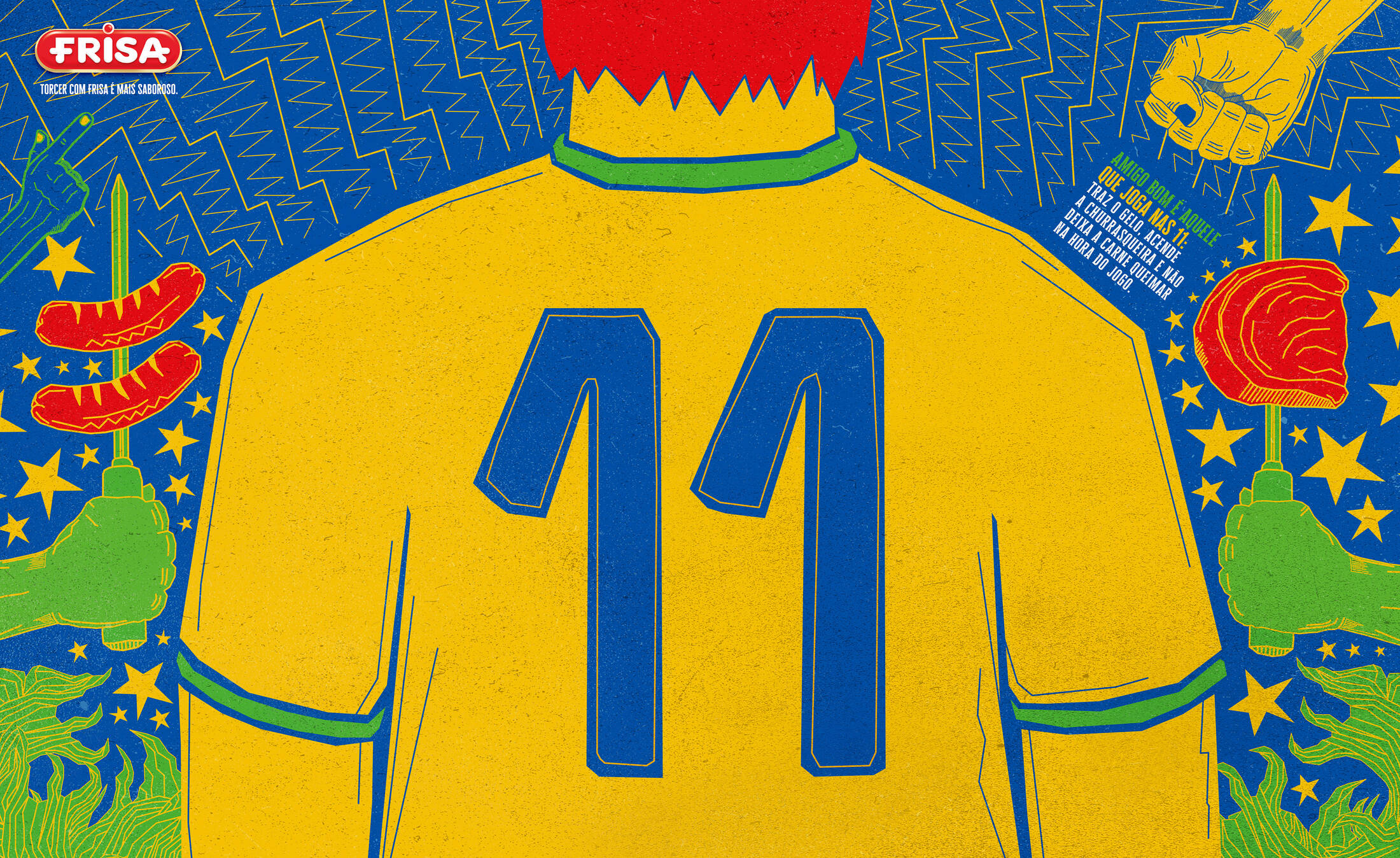 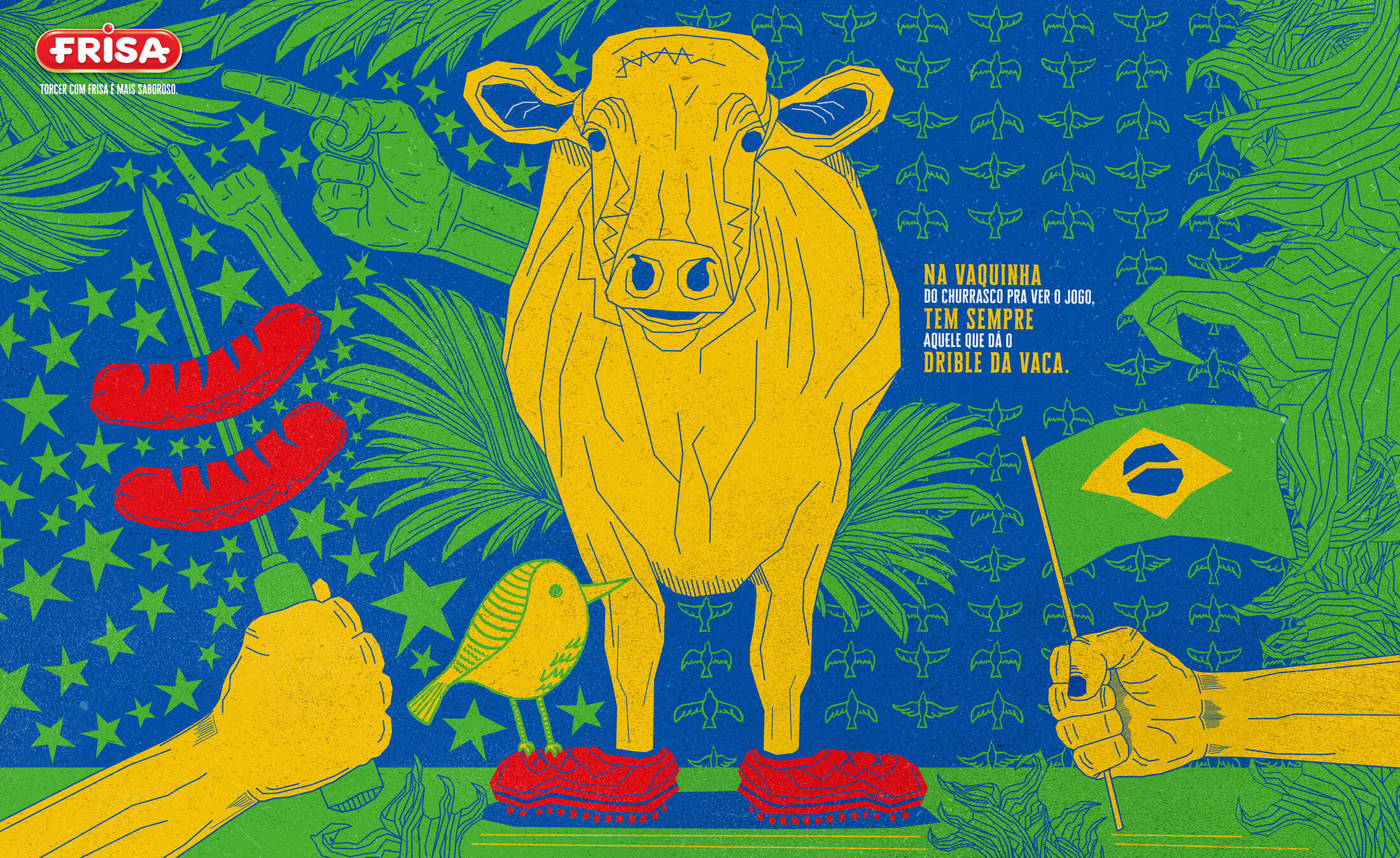 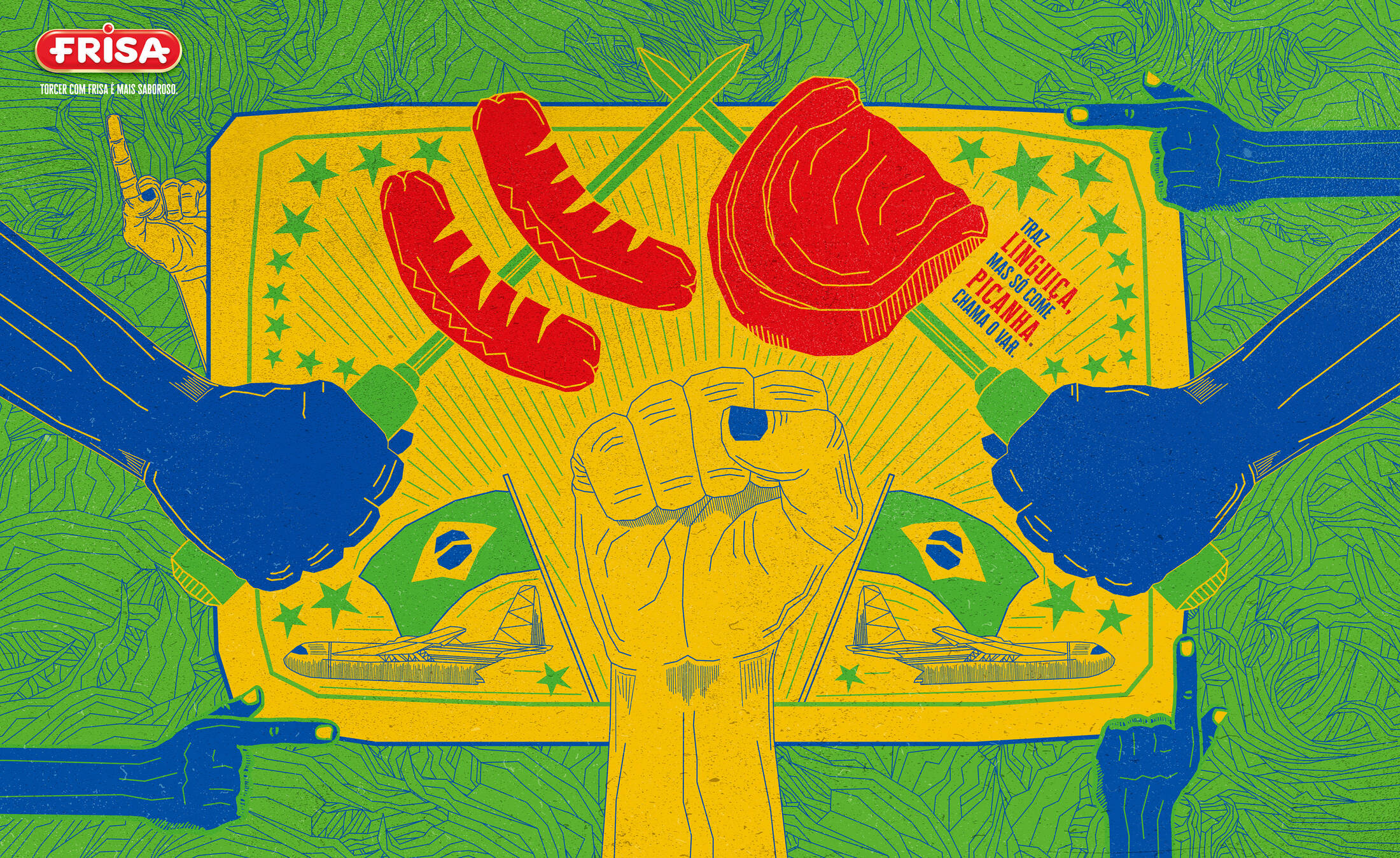 A campaign for boost the barbecue sales in Brazil during the Soccer World Cup.

CARTÃO VERMELHO / RED CARD
Soccer and barbecue are the same: if it comes with a sole, it's a red card.

TRÊS DEDOS / 3-FINGERED
It can be a 3-fingered picanha, coarse salt topping or even that small sausage that comes round. The important thing is to cheer.

CAI BEM / GOES DOWN BETTER
Who goes down better: a national team striker or a juicy picanha steak?

In Brazil, the term "goes down" is frequently used for both a player who falls down all the time and also for tasty foods.

ENGOLIR / PUT UP WITH ME
"You'll have to put up with me" only works when the barbecue is not Frisa.
"You'll have to swallow me" is a famous phrase from the brazilian national team coach Zagallo, who was the first person to win the World Cup both as a player and as a manager. In portuguese "swallow" is commonly used to eat something and also to "to put up with" or "shove down".

CAMISA 11 / 11 T-SHIRT
A good friend is the one who plays in all eleven positions: he brings the ice, fires up the grill and doesn't let the steak burn at game time.

VACA / COW
When everyone passes the hat ("vaquinha") to have a barbecue at game time, there is always someone trying to score a hat-trick ("drible da vaca").

This professional campaign titled 'Cheering with Frisa is tastier.' was published on November 29, 2022. It was created for the brand: Frisa, by ad agency: Fire Comunicação e Marketing. This campaign is related to the Food industry and contains 7 media assets. It was submitted 2 months ago.

Emojiburger. Love at the first bite.

Everyone wants the first cut.